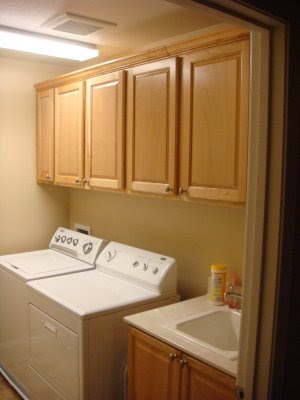 A year ago we bought cabinets for our laundry room; but they never quite made it into to the laundry room. They just sat in their boxes in Tucker's room. So Angela suggested that installing them may be a good birthday present for her.

So Carson and I spend a Saturday installing them a couple weeks ago, then I finished the work while Angela and the kids were in California.

We're happy with the way they turned out and I am SO glad to have it over with. I hate having an undone project sitting around for that long.
By Keith at April 25, 2009 1 comment:

We went to a 25th Anniversary party for my Aunt Diane and Uncle Charlie, in Turlock, CA. It was a nice luncheon and my sister flew all the way from Georgia to see us. Thanks, Andrea! It was really fun to spend time with you. We were also happy to see Grandma Bea and Grandpa Gene - we got to drive down to Visalia after the party to stay for the week. 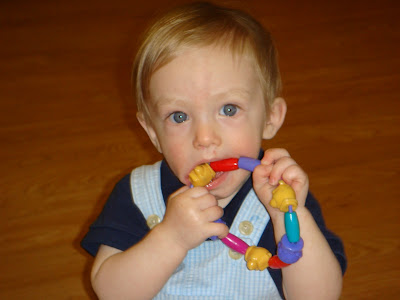 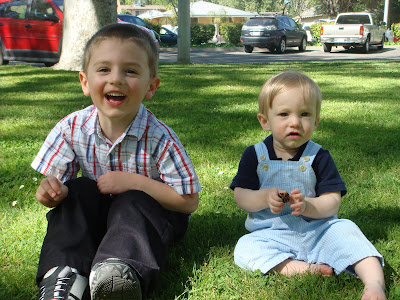 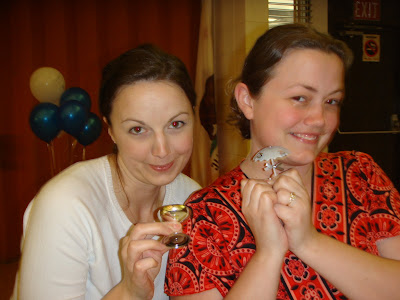 There were little umbrellas and little champagne glasses on the tables as decorations. 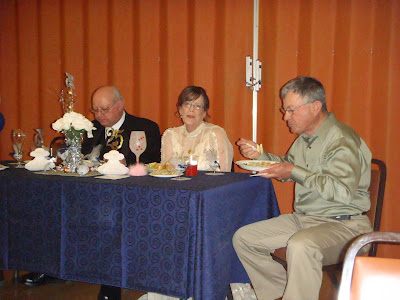 Charlie, Diane, and my dad. 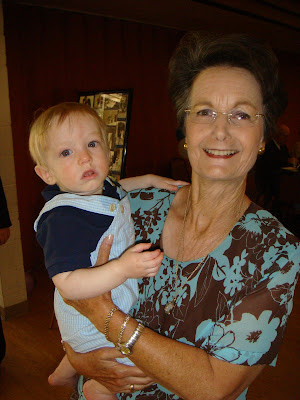 I am the way, the truth and the life

Carson is in the primary class in church, which is for kids 3 to about 12 years old. Every Sunday, a few children are assigned to give a speech, or 'talk' in front of all the primary classes. Carson was assigned to give a talk on Easter Sunday, and his topic was John 14:6.
"I am the way, the truth and the life: no man cometh unto the Father but by me."
I knew this day would come, and to be honest, I was nervous! But other moms and the primary leaders reassured me that the talk would only have to be a few minutes and no one was expecting the gettysburg address or anything. And the worst thing that could happen would be that Carson would refuse to say anything in front of the class and I would just end up reading it myself!
So I looked up the scripture and some other information so that he would have something to say. For a couple of weeks before the big day, we would practice. I would whisper into Carson's ear the words he needed to say and he would repeat them, out loud. At first, he couldn't really say 'resurrected', but after a few practices, he repeated every word no problem. So yesterday, in church, we didn't know if he would freeze up or be super shy, but he did just as he had at home and repeated every word, no problem. We're so proud of him and happy that he isn't scared to speak in front of others, especially at his age!
By Angela at April 13, 2009 2 comments: 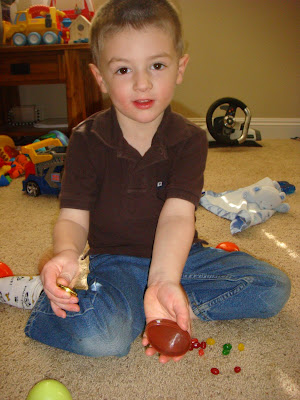 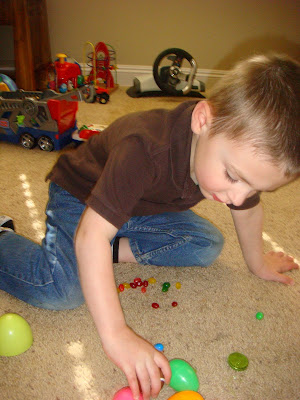 Carson hunted for eggs on Easter sunday in our living room. He did pretty well!
By Angela at April 12, 2009 No comments:

Carson and Tucker were just outside on our front lawn this afternoon. I walked over to the door, but couldn't see Tucker. I asked Carson, "what's Tucker doing?" Carson says, "He's just eating a rock". (sound of teeth grinding)

Another funny thing that happened after I made sure Tucker 'ate' no more rocks:I catch another glimpse of what's going on outside and see Carson dragging Tucker by one arm across the sidewalk and onto the lawn. Now I'M grinding MY teeth!
By Angela at April 09, 2009 1 comment: