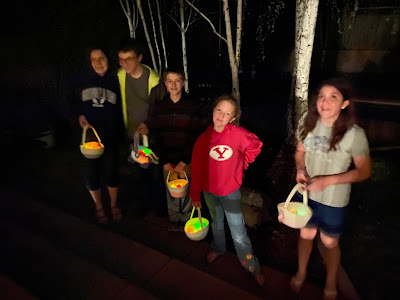 We went to Lakeport, CA to stay with Scott and Lori and their kids Brianna and Bethany. We did a glow-in-the-dark egg hunt. (We put glowsticks inside the plastic eggs) 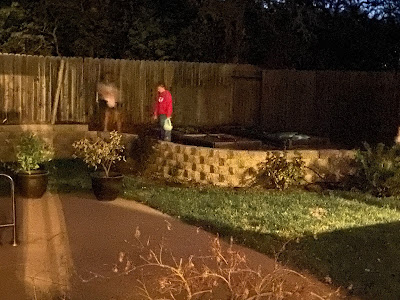 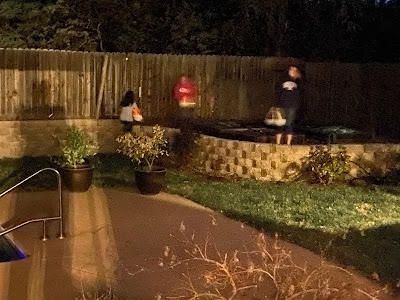 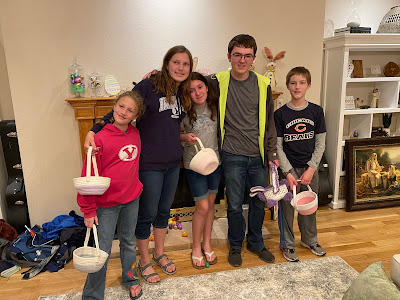 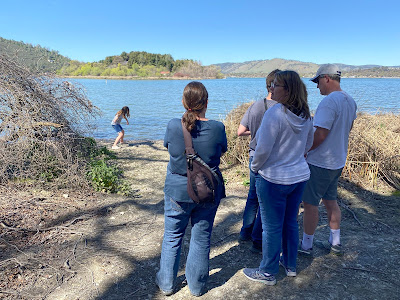 We went on a nature walk through the Anderson Marsh Historical Park. 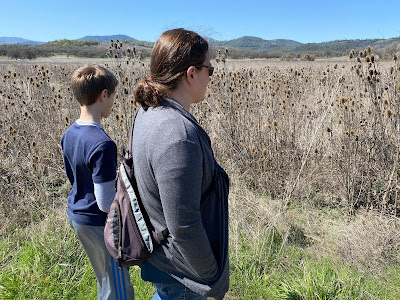 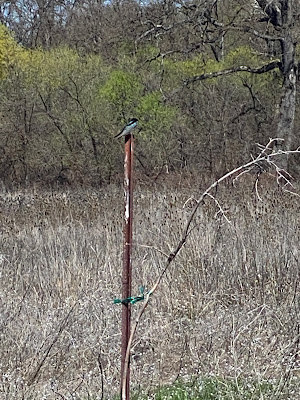 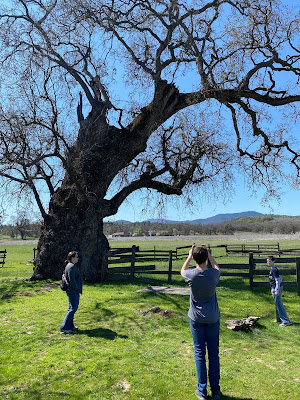 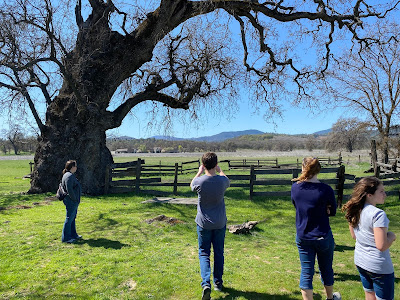 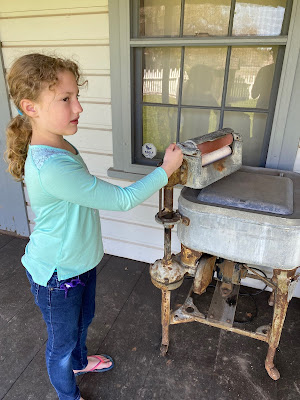 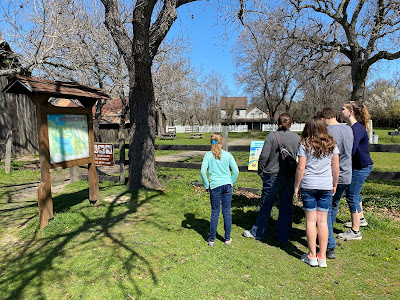 John Grigsby homesteaded in 1854 with his family, and built a small house. Scotsman John Still Anderson, with his wife and six children, bought the property from Grigsby in 1884, built what is now known as the Ranch House, and ran a dairy and raised beef cattle. Their descendants lived in the Ranch House until the 1960s.

The State Historic Park was named after John Still Anderson in 1982 after the State of California acquired the Anderson Marsh. 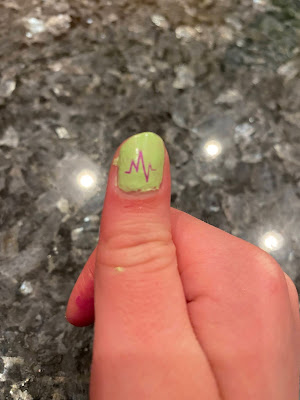 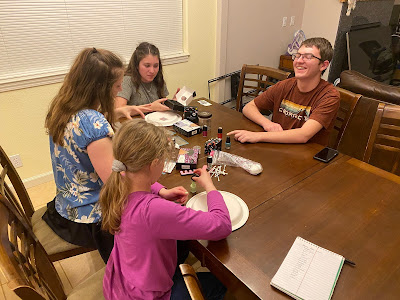 The girls had a "Maniology" set, so they were making designs on their nails. 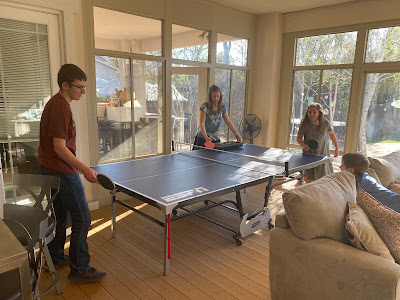 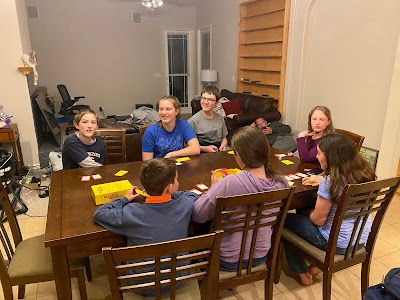 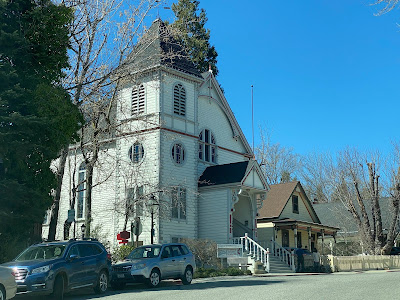 On our way to and from Lakeport, we drove through Nevada City to see filming locations for the Hallmark movie "The Christmas Card". This is the church. In the movie, a guy almost got hit by a speeding car in the front of the church and that provided an opportunity for the main character to get to know the guy's daughter and fall in love with her. 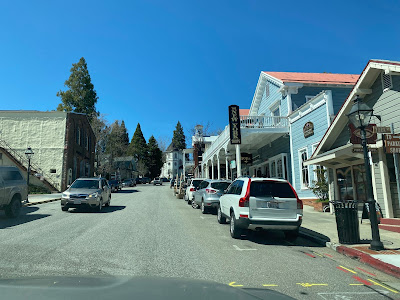 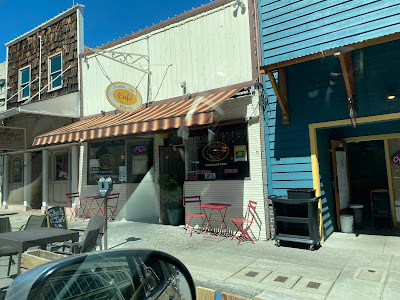 In the movie, they meet at this cafe and end up ordering the same "chicken club sandwich on rye with curly fries (extra crispy), and hot chocolate with marshmallows". 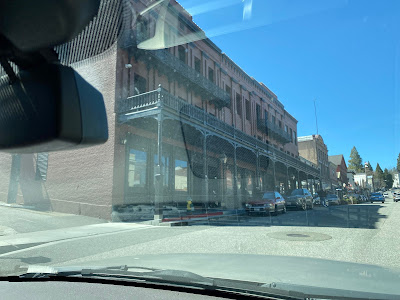 This is the hotel the main guy stays at when he visits. 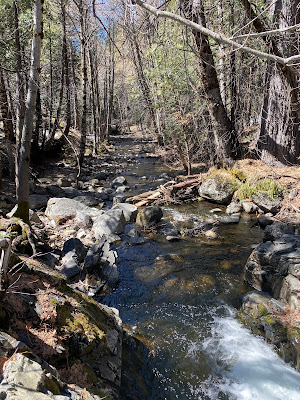 Right after taking the Yuba pass exit from I-80, we stopped at picnic area near the Bear River. 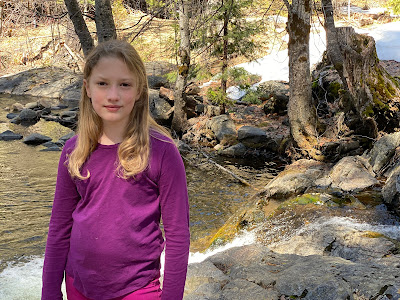 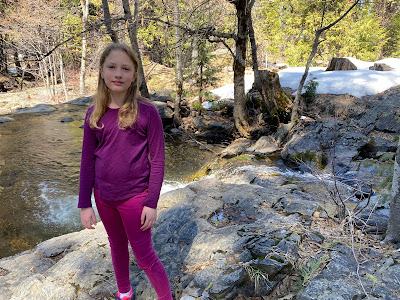 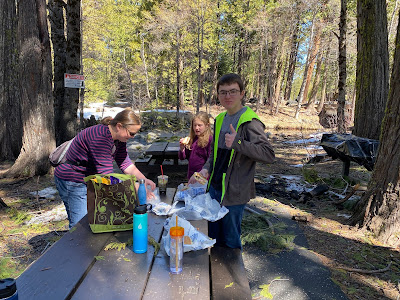 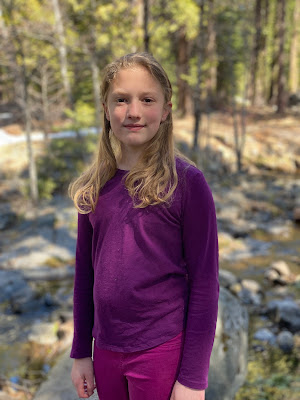