Carson has enjoyed a little electric dirt bike that we bought.  He goes exploring the trails near our house regularly.

We just received a larger 48v 1800W motor for it, that we will connect to a better motor controller and 52V lithium ion batteries (from our lawn mower), that should drastically improve its performance with him on it.  We're still waiting on a few parts to arrive before upgrading it. 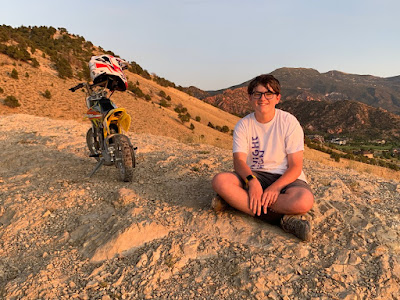 As we were moving to Cedar City, we saw the Creamery in Beaver UT.  It sounded really good and we had heard good things about it, so we finally went.

As we pulled in, the parking lot was full of cars.  The shop was just as crowded.  I had expected them to be making cheese or cream related products, but it just looked like they were a retail store.  They had a small exhibit on how cheese is made, but is wasn't functional and the kids didn't find it entertaining.

Instead of waiting in the long lines for overpriced food and ice cream that wasn't even made there, we went elsewhere. 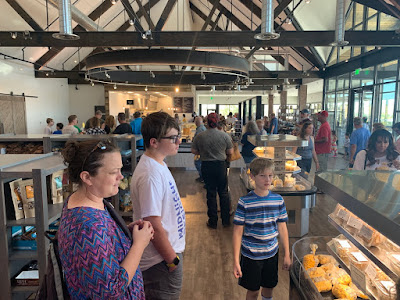 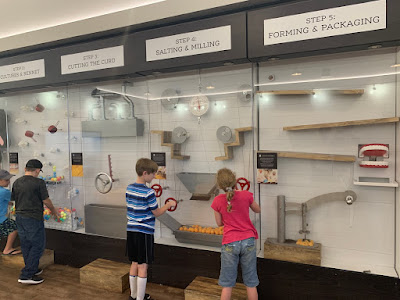 Tucker saw that there was a Pokemon Trade and Play event at GameStop.  So we decided to go.  As we walked in, Tucker announced to the employee that we were there for the event.  Looking around, we saw no one.

Surprised, the employee said, "Wow!  Someone came in!".  He went into the back and got out an unopened box of supplies for the event.  They had free trading cards, little plastic tokens, and coloring sheets.  The store also had albums of cards that you could trade for.

We were the only people that had come in to the Cedar City store for the event this time (and apparently, the last time the event was held too).

The employee happily gave the kids all of the cards they wanted and let them trade with the store cards as much as they wanted.

The kids ended up having a good time, despite not seeing any other kids. 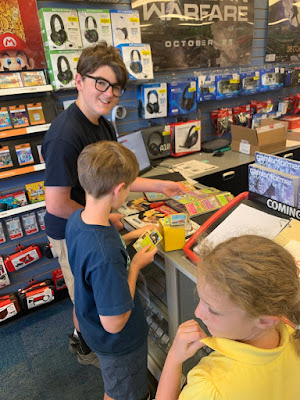 First Day of School (and College)

We officially launched our school year, continuing to home school Tucker and Savannah.  Carson has enrolled in a New Testament seminary class and enrolled in graphic design and programming classes at the community college.  He'll continue to do some home schooling and ACT preparation, but not quite as much now that he has other classes.

College is about 4 miles away, so Carson has been riding the Xiaomi M365 electric scooter to class.  With some minor modifications we've done, it will go about 15-17 miles per hour, getting him there in pretty good time.  It has enough battery life to make the round trip journey.  But with the small wheels, it makes for a bumpy ride.

To celebrate the first day of school, Angela took the kids to Soda Nerd and let them pick out a treat.  They each enjoyed made-to-order cotton candy in their favorite flavors. 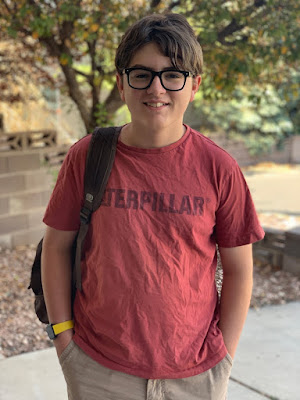 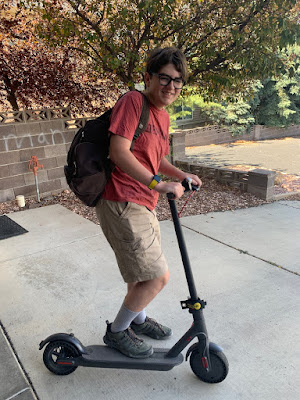 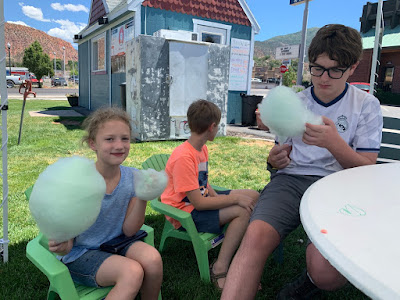 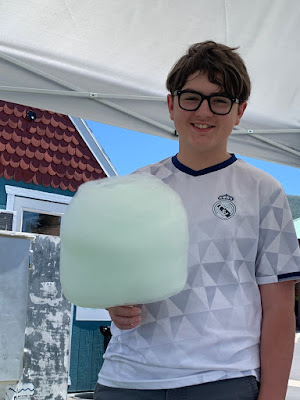 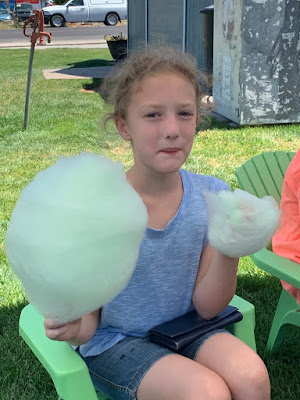 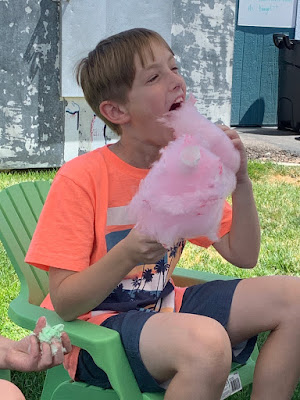 With Carson starting college, he needed transportation.  After some research and discussion, we ordered a Xiaomi M365 Scooter.  Washington, D.C. had lots of similar scooters for rent to get around town, so we thought we'd give it a try.

We eagerly awaited its arrival to find it shipped with a flat tire.  Fortunately, it included two new inner tubes and spare tires.

So Carson and I worked on replacing the flat tire, to find the installing tires without puncturing the tube is nearly impossible.  We punctured both new inner tubes while trying to install them.

We found some solid rubber / tubeless tires on eBay that took care of that problem. 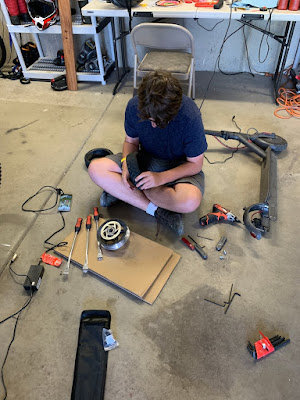 The new tires have holes in them to provide a little bit of cushion from the bumps in the road. 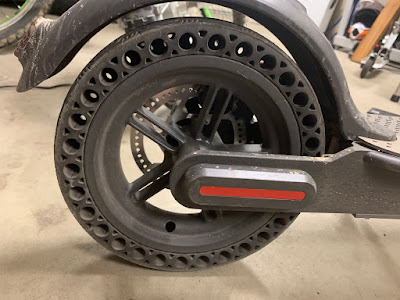 About a mile east of Cedar City is Thunderbird Gardens Trailhead.  It is the starting point of lots of hiking, biking, ATV trails that explore the red rock canyons.  They also have a disc golf course that looks fun.

We went for a brief hike, exploring the area. 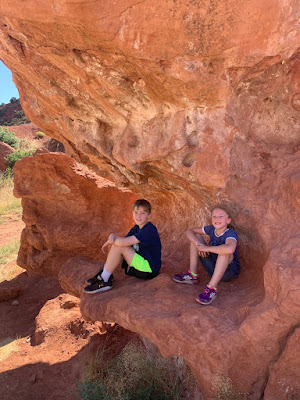 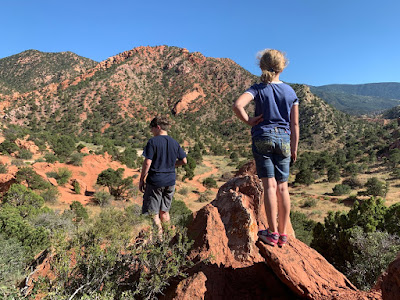 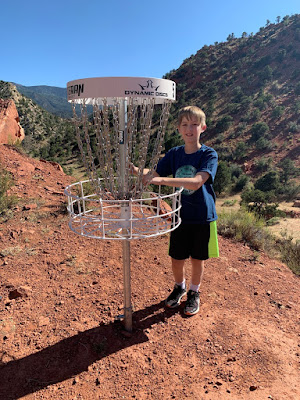 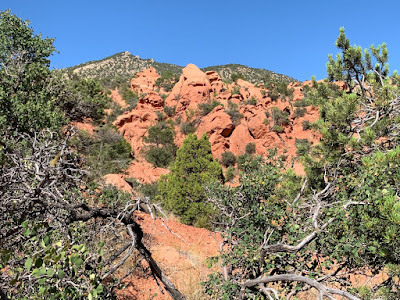 On the way to Phoenix from Cedar City, I drove through a small area called Cliff Dwellers.  It had several unique little houses built around the boulders scattered throughout the area.

The area was beautiful and the houses were intriguing.  After some research, it turns out the area was settled in 1920 by a couple whose car broke down, so they built temporary shelter under a boulder.  The realized how beautiful the area was, bought the land, and eventually turned it into a hotel and restaurant. 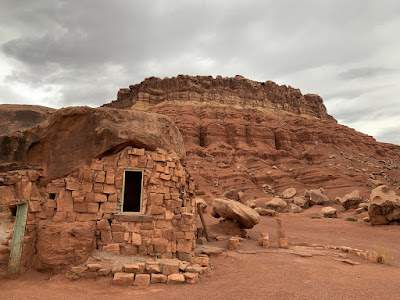 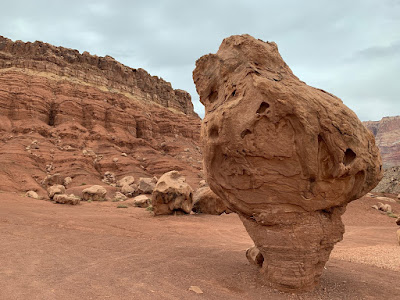 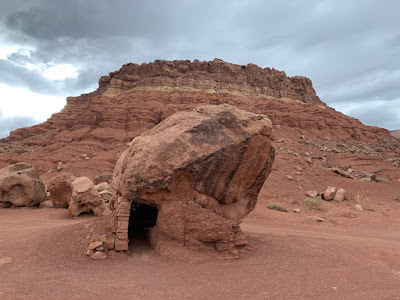 When I arrived in Phoenix, I was able to tour the collection of a friendly classic car aficionado. He had listed some used, but nearly new, wheels/tires to replace those on our car that have not aged well.  We then listed and sold our old wheels on Craigslist, offsetting a decent amount of the price of our new wheels. 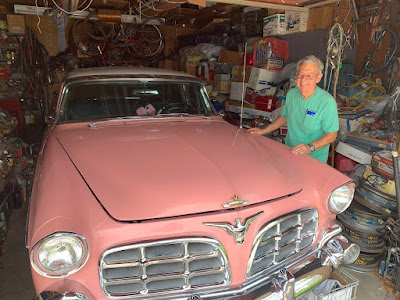 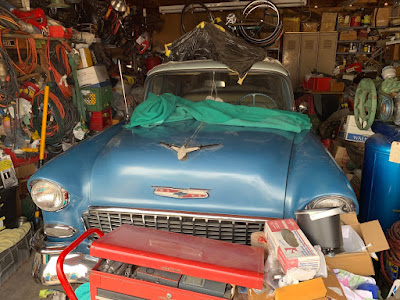 To get to know the candidates running for Cedar City Council, we attended the Meet-and-Greet event this week at the Great Hall at Southern Utah University.  As we entered the room, we immediately noticed the banners representing the core principles of SUU and paintings of past university presidents.  It was an impressive room.

Each candidate was given 3 minutes to speak.  Following the presentations, the candidates were available to speak with individually.  What a great meeting and way to know a little bit about those for whom we are voting.

Our children were the only ones youth there.  So the candidates were happy to give them lots of the candy they had on their tables.  As we returned home, Tucker and Savannah dumped out tons of candy -- it looked like Halloween.

Needless to say, we all enjoyed it. 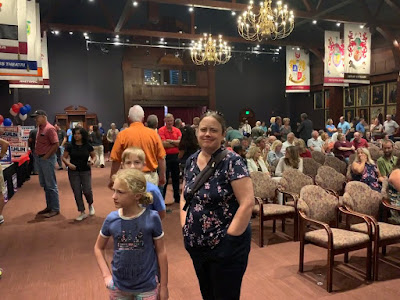 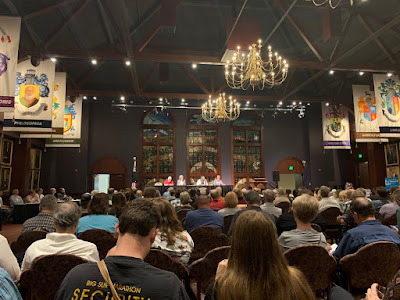