Carson graduated from preschool last Thursday, his teacher Miss Heather had a graduation 'ceremony' at her house that night. 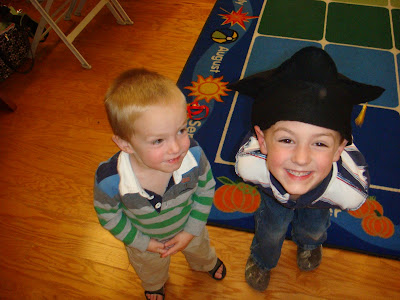 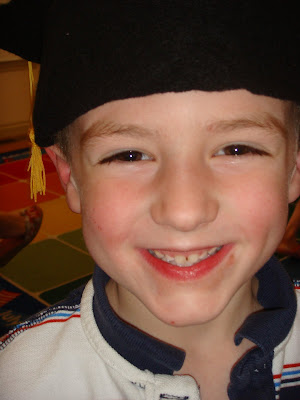 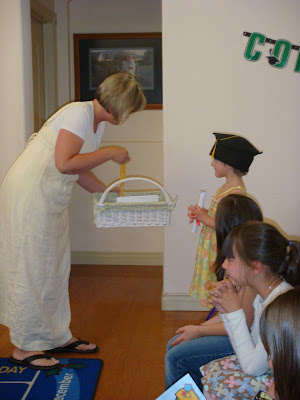 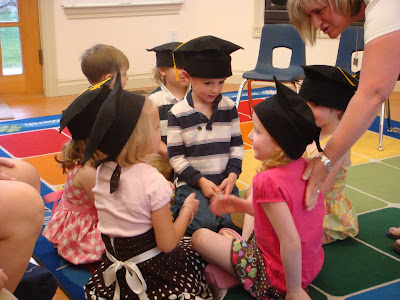 Miss Heather prompting each student to show something they learned during the year, which was a identity cheer. Each child would yell "I am (name)!" then shake the other's hands while saying "You are my friend". 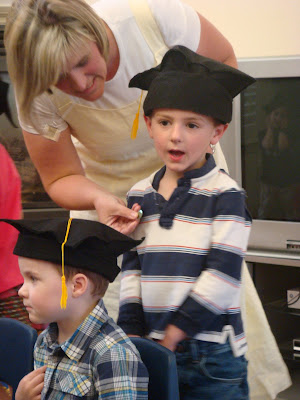 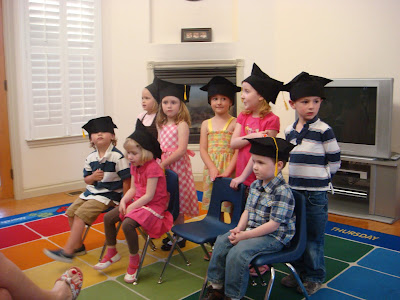 So Carson is ready for kindergarten, which starts in mid-July! We were very pleased with what he learned in preschool and are grateful Miss Heather was around to teach him. We're bummed she's moving soon! We are so proud of Carson!
By Angela at May 26, 2010 1 comment:

Carson's preschool class went to the Andelin farm today for a field trip. We saw baby chicks, a baby goat, a baby cow, a burrow, a couple of goats and some chickens and horses. We also got to go on a hayride around the property. Of course, I never think to bring my camera (argh!) and so that's why Carson is drawing a picture to go along with this post. We got to feed the goats and some of the kids got to gather some eggs from the chickens. The person in the picture is Natalie, the woman who lives on the farm and showed us around. The little figure in front of the red barn is a little chick. Even though it was really cold and windy, we all had a good time! 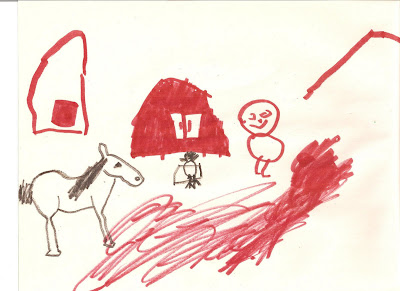 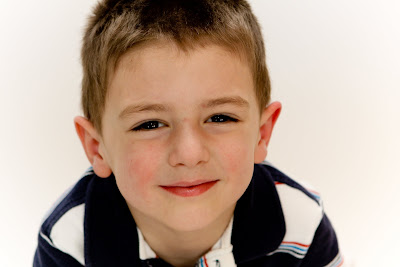 Here is one of the pictures taken of Carson at preschool. A photographer comes in towards the end of the year and takes some shots of the kids. He'll be done next week!
By Angela at May 11, 2010 No comments: 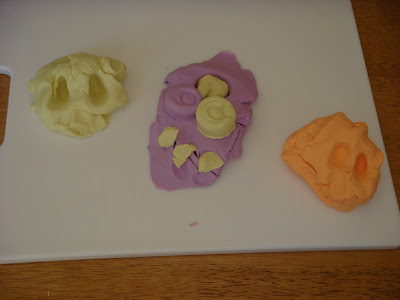 This is what Carson made the other day with playdoh: the middle creation is his face, while the one to its left is the 'skeleton' of his face. I think the orange one may be Tucker.....
By Angela at May 10, 2010 No comments: 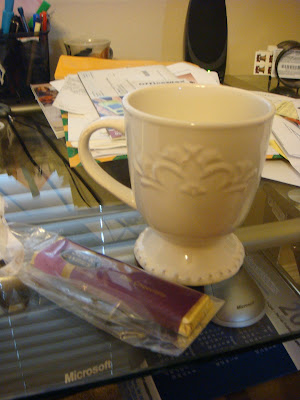 These are just a couple of things I got on Mother's Day: a See's candy bar and a mug. Carson gave me the mug, along with a packet of hot cocoa and a little package of mini muffins, which I ate for breakfast. I think the mug is super cute. The bar is what they handed out to all the mothers in church - loved it. I also got lots of other cool stuff that made my day great, and lots of people wishing me a happy day.
By Angela at May 10, 2010 No comments:

Email ThisBlogThis!Share to TwitterShare to FacebookShare to Pinterest
Labels: angela

I had the BIG ultrasound today, where hopefully you can see the baby's gender, but it didn't work out that way. The baby was all scrunched up and legs were pretty close together through the whole ultrasound, so they couldn't really say for sure. The woman doing the ultrasound said she pretty much thinks it's a girl, but then my doctor looked over the images afterwards and he said he couldn't really be sure from those pictures. So in a month, hopefully he'll take another look and baby will cooperate and we can see better! I'd really like to know for sure.
By Angela at May 04, 2010 1 comment:

Email ThisBlogThis!Share to TwitterShare to FacebookShare to Pinterest
Labels: angela

I registered Carson for kindergarten today; it wasn't as bad as I imagined. I thought there was going to be a really long line and lots of parents waiting to get their kid in the right track, etc. I showed up a few minutes after 8am, and there were only 5 moms there, waiting for things to start. They weren't even in a line yet. They were all just sitting in the cafeteria, waiting for 8:30am, when registration was supposed to begin. So I sat down and waited with them, and during the next 20 minutes or so, only about 3 or 4 more parents showed up to register. And only about half of them were there for kindergarten; the other half were there to register for the first grade. Very different from the stories I heard about registration in California! Where parents get in line at 5am, only to wait for hours for registration to be completed. I was done with the process at about 9:30am. So Carson is going to be done with preschool at the beginning of June, then he'll start kindergarten in mid-July! I chose the Blue Track because the first month off is October, and that is when I think the new baby will be coming, so I figured it would be nice to not worry about getting Carson off to school or whatever during that month. He might even ride the bus, we'll see! But really, there wasn't much difference between the Blue and Green tracks; just that one is morning kindergarten, the other is afternoon. They both had benefits and drawbacks, so it was hard to choose. But it's all done now. Yay!
By Angela at May 03, 2010 3 comments: