So, the spider survived and I looked it up online, it's just a jumping spider. We probably brought him to California in our car from Nevada. He's got green fangs! I just think he looks so cool, he or she. But, he/she is dead now. Don't want him/her to breed in California.
﻿
By Angela at June 30, 2011 2 comments:

This spider was in our car. I know it's not that great of a picture, but it looked like a baby tarantula. It was black, with white stripes and was fuzzy! Soooo scary looking, and pretty big too. Can you guess what type of spider this is? Doesn't look like a Californian to me.....﻿
By Angela at June 30, 2011 No comments: 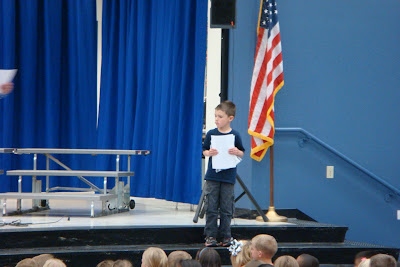 Carson's kindergarten teacher chose one student out of her whole class to be the recipient of an award for "outstanding citizenship, academics, and demonstrating respect, responsibility, and safety". These are pictures of the assembly where he received a certificate of achievement, along with a certificate to get two seats at a Reno Aces game, and a Reno Aces t-shirt. Carson walked up onstage and shook hands with Sparks' Mayor, and a member of the Board of Trustees, and of course, the mascot from the Reno Aces. 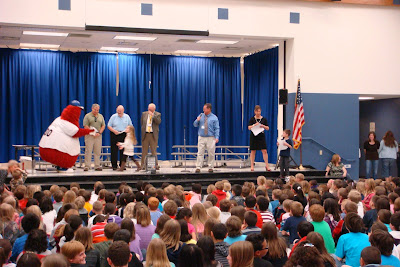 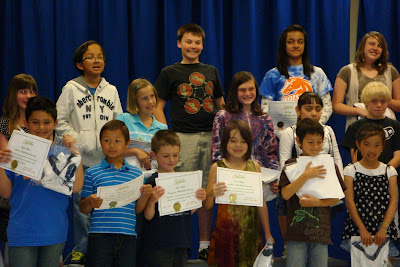 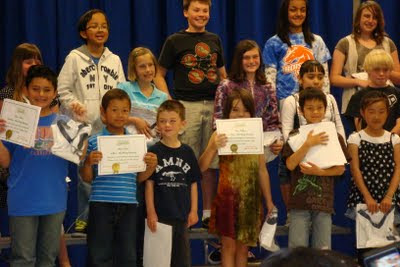 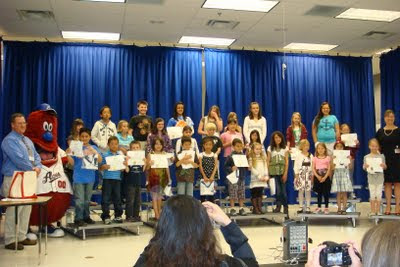 They took a group shot of all the students who got certificates. 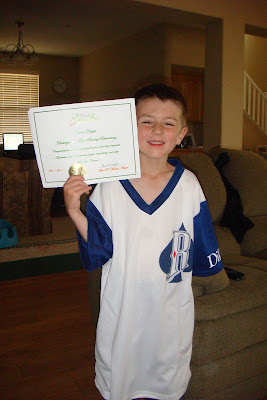 Carson in his new t-shirt with his certificate. 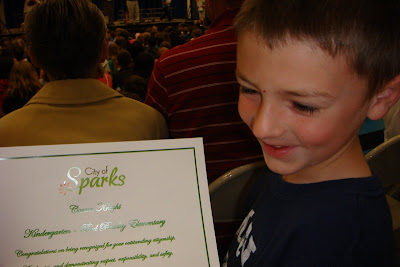 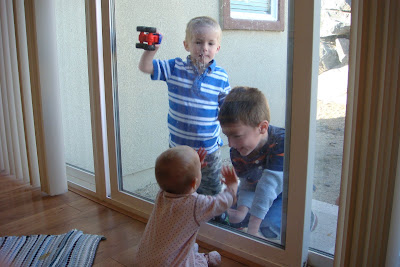 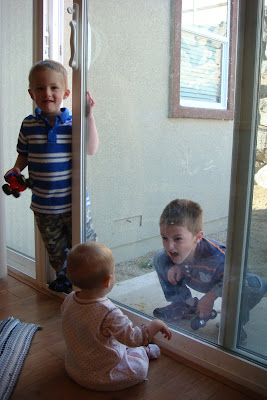 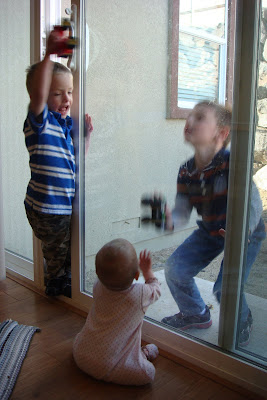 Tonight the boys were running their trucks up the glass door and Savannah was loving it, just watching them from the other side. She was laughing and squealing. Carson was making weird faces at her.
By Angela at June 02, 2011 No comments: 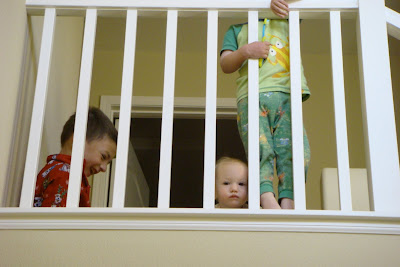 I love Savannah in this picture. 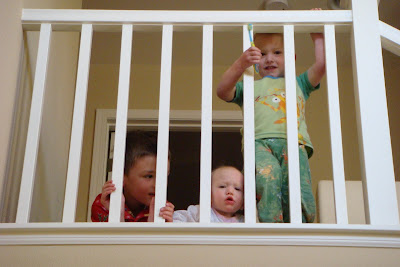 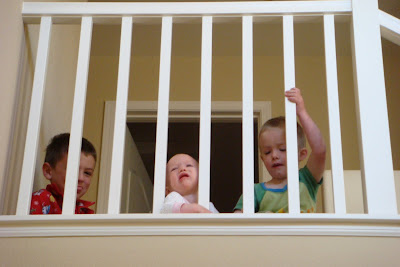