Grandpa Knight joined Carson and I at the Lowe's Safety Day.    It was a lot of fun.

Shortly after we arrived, the Care-Flight helicopter landed.  I don't think I've ever been that close to a helicopter as it landed -- it was pretty cool.  Then we were able to talk with the Pilot and Carson sat in the pilot's seat.

We also climbed into a fire truck.  To finish it off, Carson built a wooden toy fire truck. 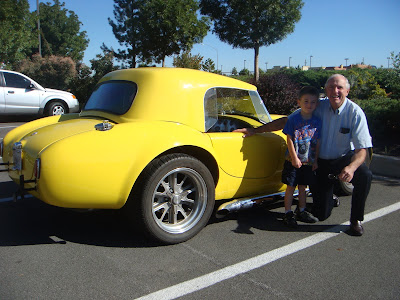 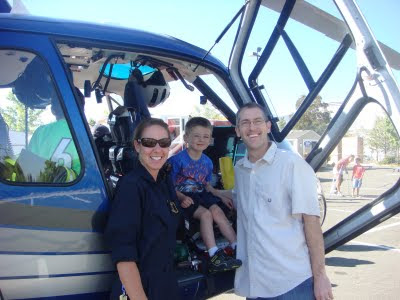 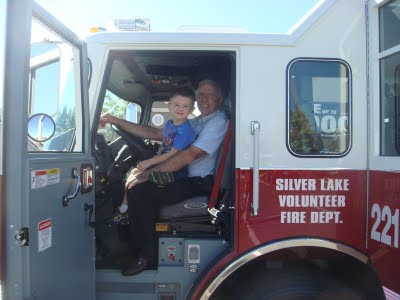 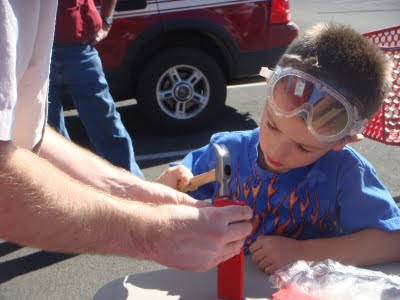