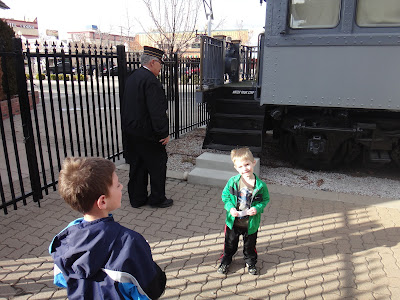 About three years ago I went up to the passenger car near the Sparks Heritage Museum and looked in the windows and saw some cool curtains and old looking furnishings and wanted to go inside. I called the museum and they said they were in the process of raising funds so the car could be renovated. So, for years now I've been wanting to go inside this train that was built in 1911 (cause I love old stuff), so we finally went a few weeks ago and had our own personal tour. 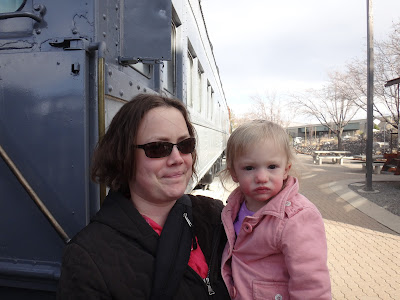 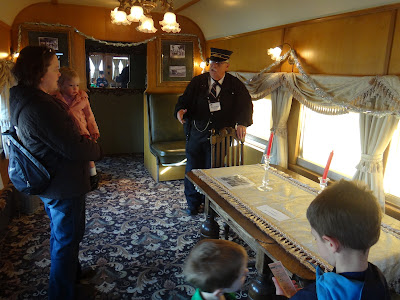 This is the car that was built in 1911, it used to have rows of passenger seats.
(This is a cool picture! -above- you can see Carson and Tucker in the mirror, and Savannah is looking at Carson and Tucker as they look at their personal 'train ticket' given to them by our tour guide, while I am the only one paying attention to our tour). 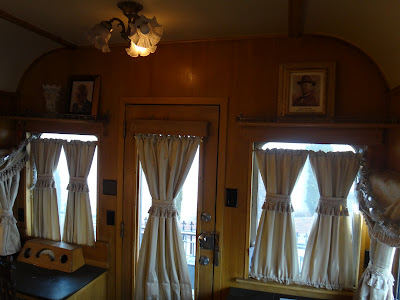 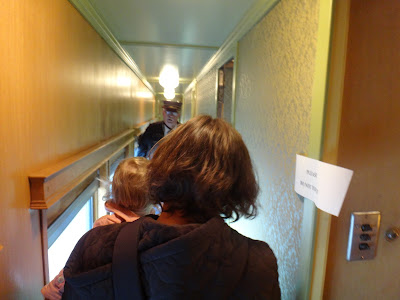 On our way down the narrow hallway to the guest rooms. 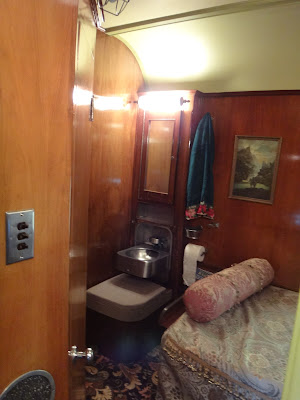 One guestroom. You can see the silver sink and below it there is a seat that can fold up to reveal a toilet. Notice the toilet paper right next to the sink. 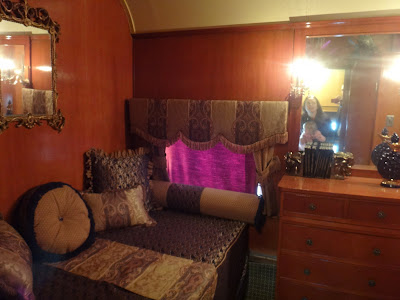 Guestroom two - these rooms were used by traveling businessmen and their secretaries. 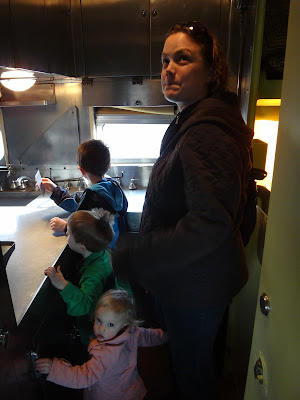 Kitchen, with lots of storage cabinets. Behind us, there were some sleeping quarters for the cooks. 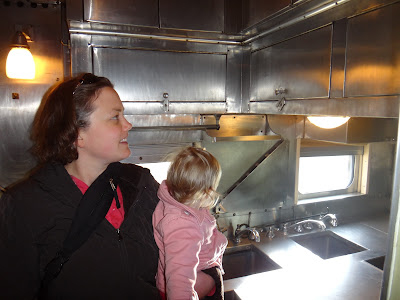 LOTS of storage for food and cookware. 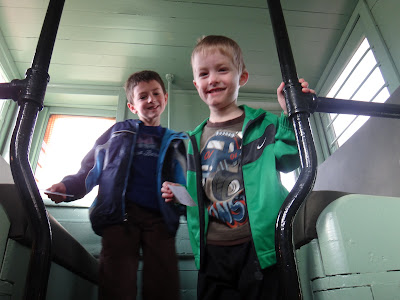 Conductor's car, the boys are up in the 'cupola'. 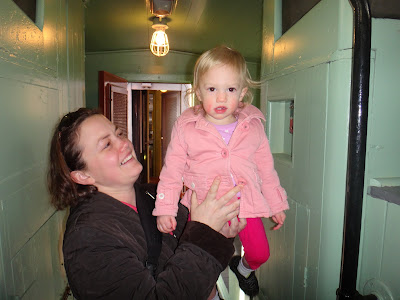 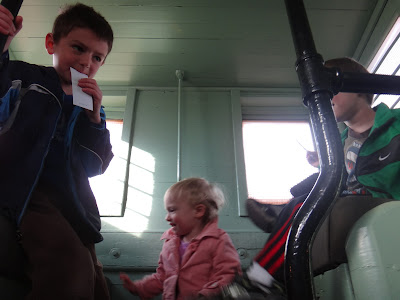 'Cupola' seating. This area was higher up, and one could look over the railway and other railcars. 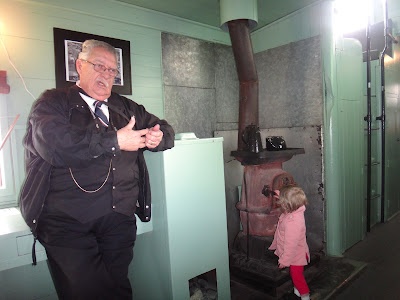 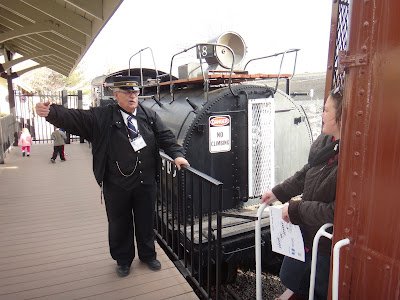 Our tour guide. We arrived for our tour at 3:19pm, and the tours are supposed to start 15 minutes after the hour from 1pm to 4pm on Saturday and Sunday. We're lucky we caught him before he left! I guess there aren't too many people lining up to take this tour. 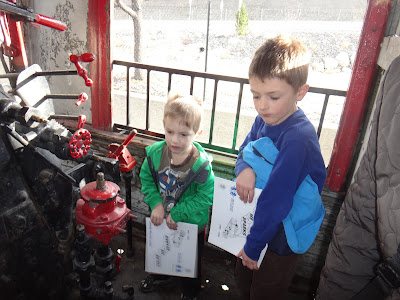 Up in the engine area. 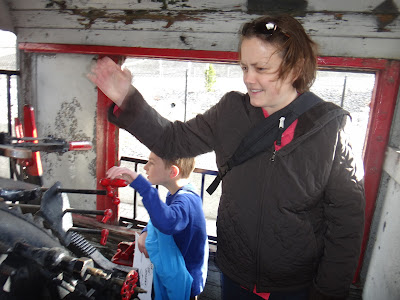 What am I doing? Trying out all the bells and whistles at the front of the steam engine. I don't know, hitting some lever or something. We highly reccommend going on this tour! We're going to go again someday, everything is clean and displayed with care. You learn a little about how it might've felt to ride in a train.
By Angela at February 28, 2012