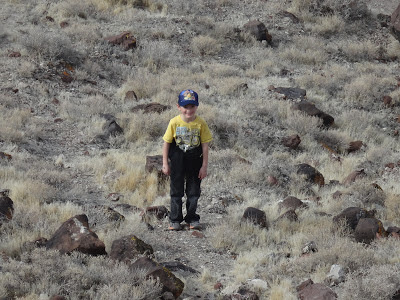 We went to Fallon, NV, yesterday. We went to a place called 'Hidden Caves', where there are 3 hidden caves in the hills. They are in this area that used to be a huge lake, hundreds of years ago. They have a trail that goes to each of the caves. 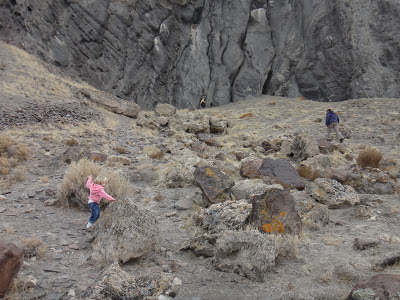 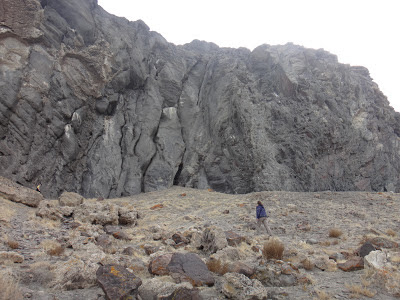 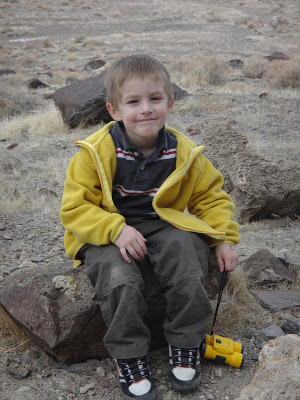 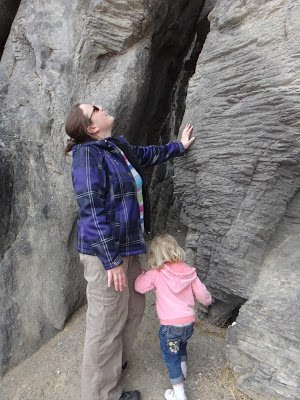 Near 'Burnt Cave'. Looking at the rock formations, as there is a lot of calcification here too, like at Pyramind Lake. 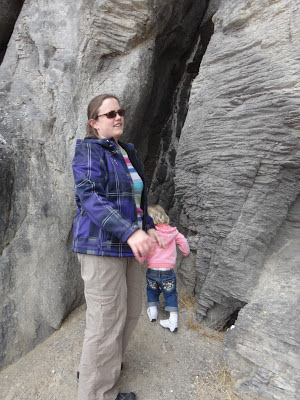 These layers of rock are thin and held together by the calcium deposits that look like cement between the layers. 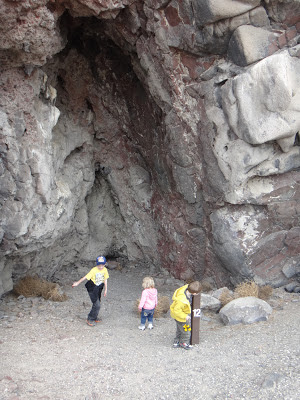 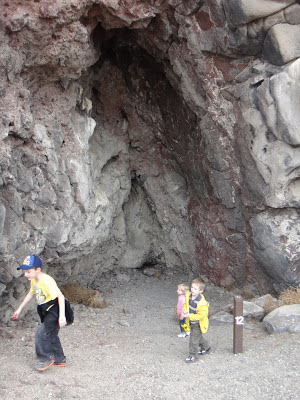 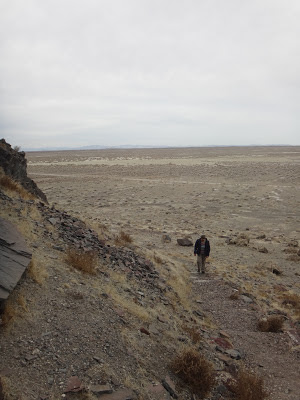 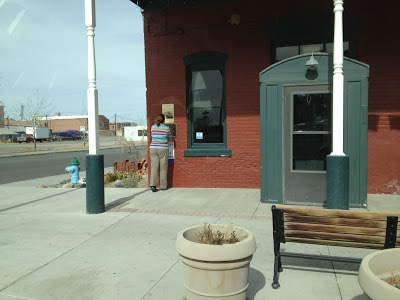 I had to get out of the car in downtown Fallon, NV to look at the plaque in front of the historic Overland Hotel. It was built in 1907. 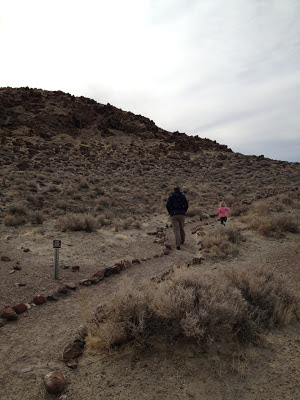 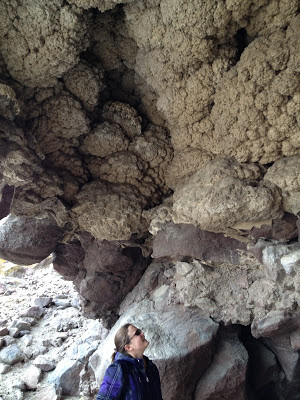 Picnic cave. This 'tufa' stuff is the same stuff we saw at pyramid lake, because this area here was once underwater. 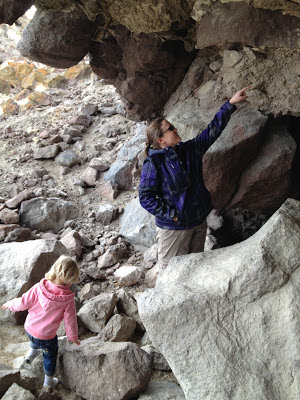 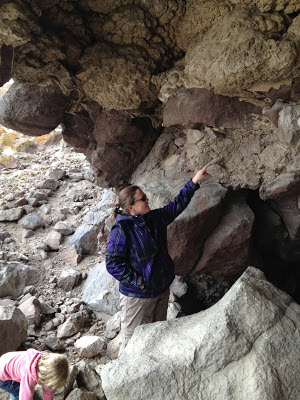 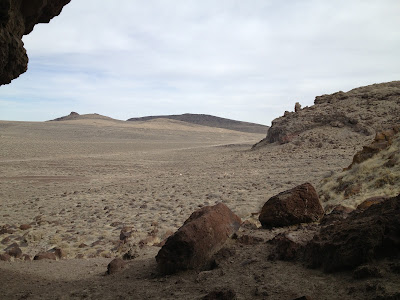 Dry lakebed, used to be covered with water. 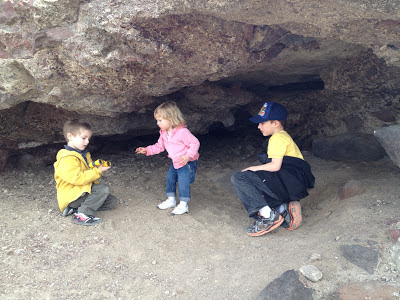 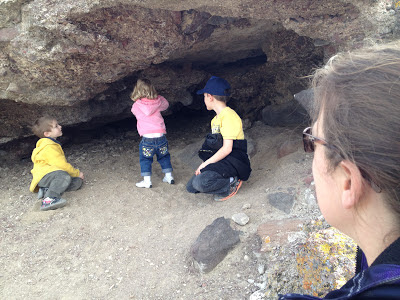 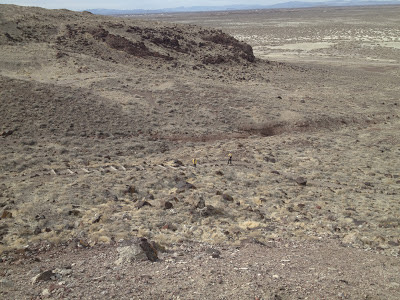 Can you find Carson and Tucker? 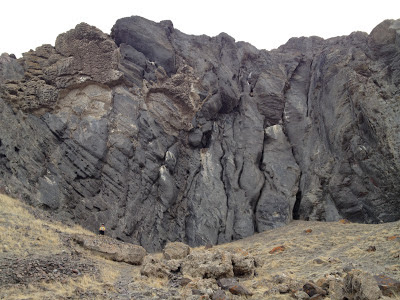 Mishmash rock all crammed together with calcium between. 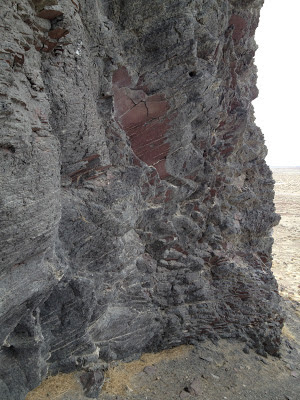 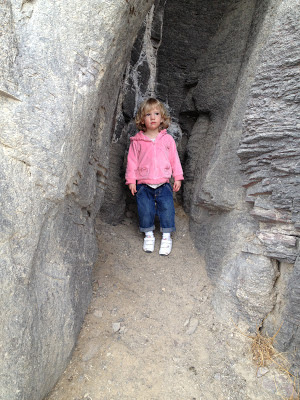 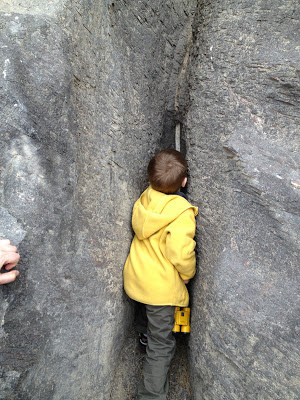 This was a narrow crevice with a thick white line back there. 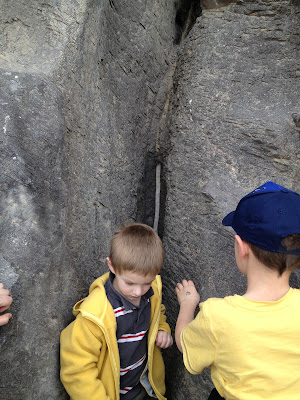 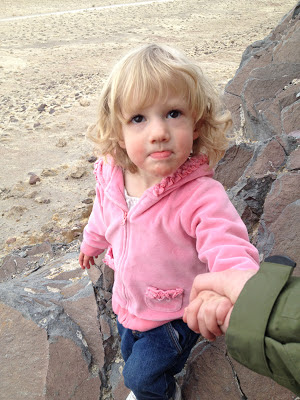 Savannah is sad cause we won't let her jump off this cliff! 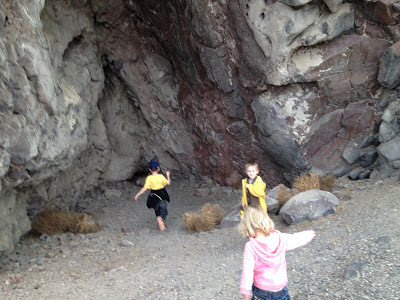 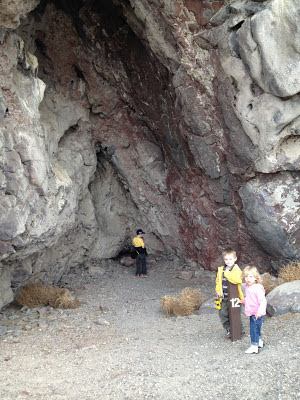