Working on the car


While Angela was driving home from Savannah's pre-school, she heard a weird humming noise from the front drivers side wheel.  Then as she went faster it began to vibrate.  So she slowed down and finished that last few blocks to our house and gave me a call.  I took it for a drive and everything seemed just fine -- typical, things always seem to work when you try to demonstrate them to someone.  So she drives it again and it has the same problem.  So finally, I drive it and had the issue.

After some research on the internet, I decided it was probably the front wheel bearing.  I found that Amazon had among the best prices and could overnight the parts to me, so I ordered it and ordered some extra tools that I was going to need.

I ended up replacing both of the front hubs, which basically connect the wheel to the car.  It was a reasonably easy repair, even though the car is all-wheel drive and I had to disconnect the axle.

This is the first real repair we've had on the car, despite buying it with fairly high miles and having put lots of miles on it ourselves. 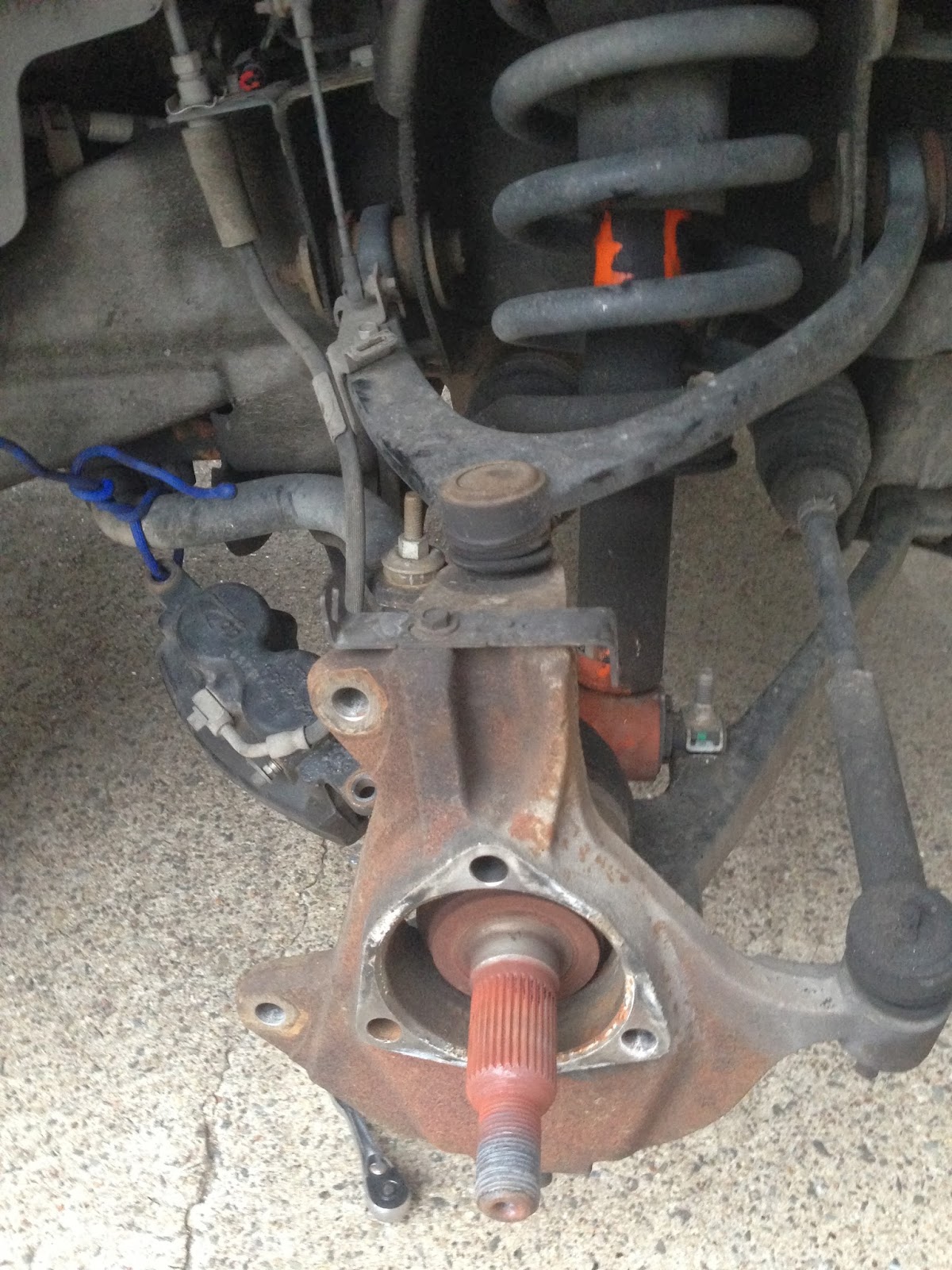 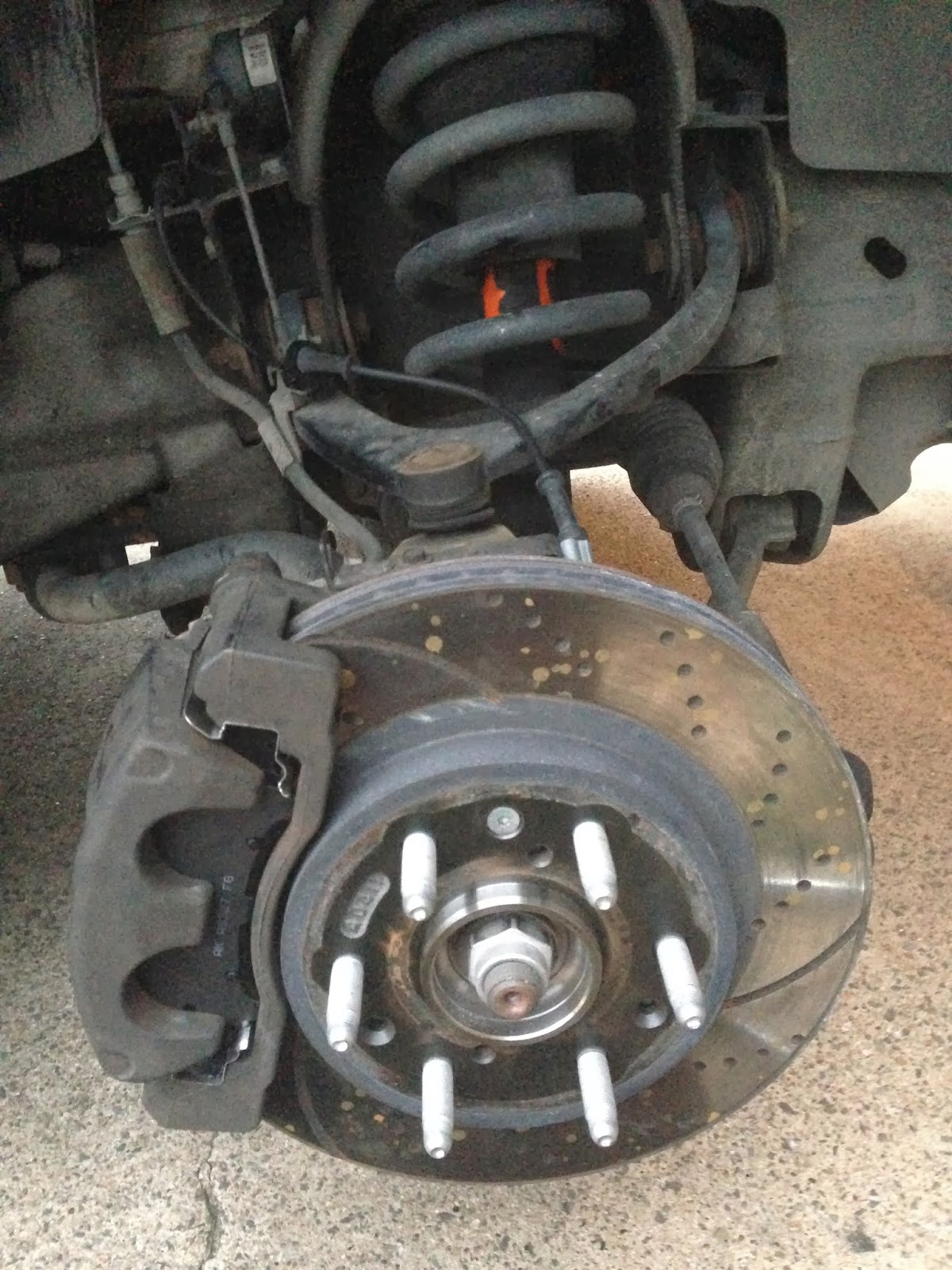 With the new hub and brakes reinstalled.

Email ThisBlogThis!Share to TwitterShare to FacebookShare to Pinterest
Labels: keith