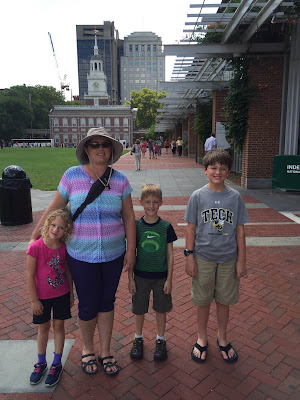 Independence Hall; there was a long line of people waiting to tour inside, and we didn't have time so we just looked around outside. 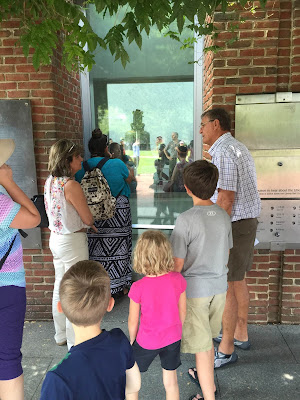 There was also a long line to see the Liberty Bell, but there is a window to see it from outside. 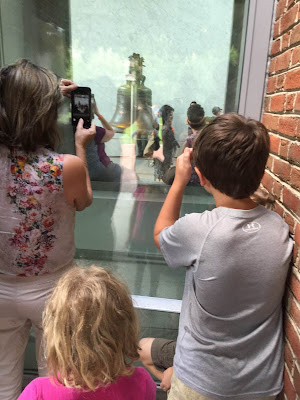 Looking at the Liberty Bell from outside. 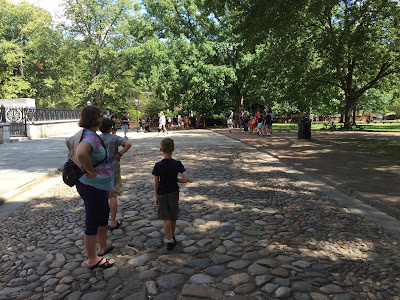 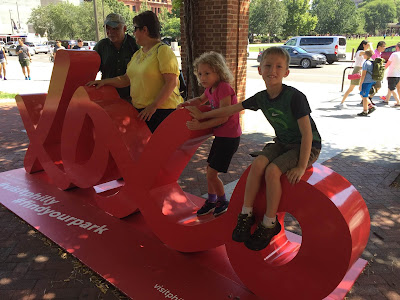 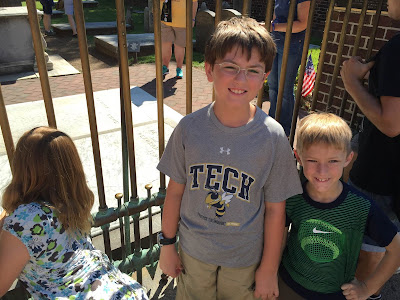 Benjamin Franklin's gravesite across the street from the Philadelphia Mint. 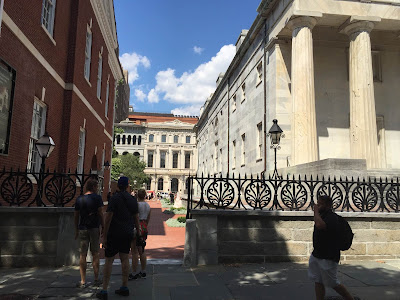 One of the first banks in America, to the right. 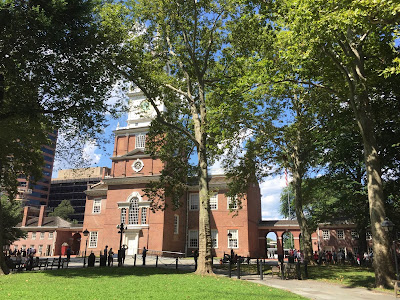 Back of Independence Hall. 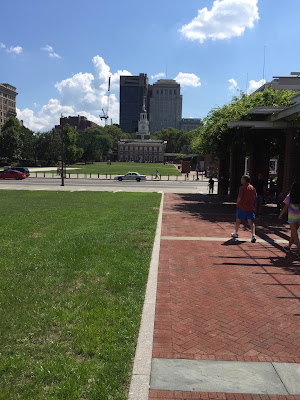