Angela and Carson participated in the Falconry course.  It included an hour long class on the history of falconry, types of falcons, caring for falcons, and how to become a falconer (8 years of study, practice, and lots of money).  After the class, they went out to a large field and watched the falcon fly, catch food, and they took turns having the falcon land on their arms and take off again.

While Angela and Carson were learning falconry, Tucker, Savannah, and Keith were Zip Lining.  This was the first time that we have done a zip lining course.  We went on 5 zip lines, with distances ranging from 275' to 675', all about 40'-60' high.  While waiting between lines, our group of about 10 people stood on tiny platforms high in the trees with no railings (but we did have harnesses).  I was a little concerned that Savannah or Tucker would struggle with the heights, but they were so brave!  On the very first line, all of the adults looked a little nervous, but then there was Tucker with a huge smile -- excited to get going.

RockCreek also arranged for a bounce house, other group activities, and some good food.  What a great company activity! 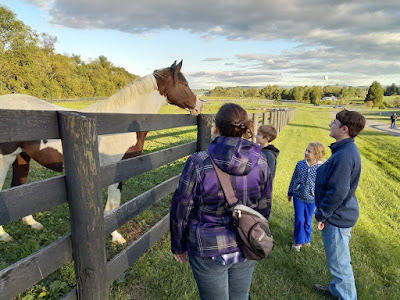 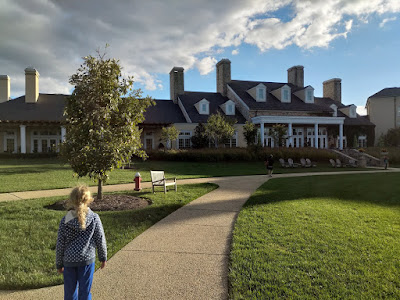 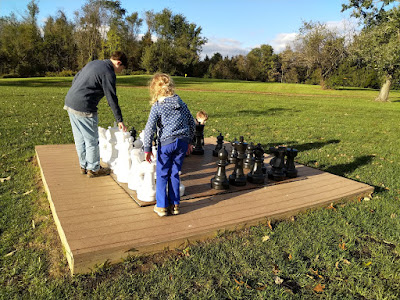 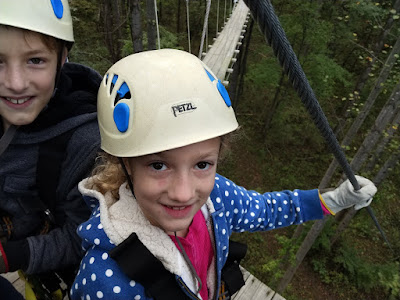 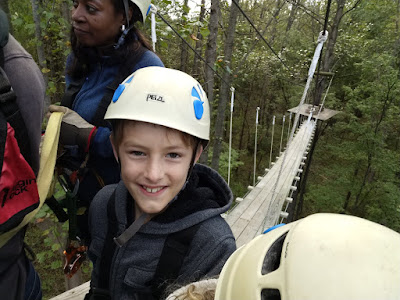 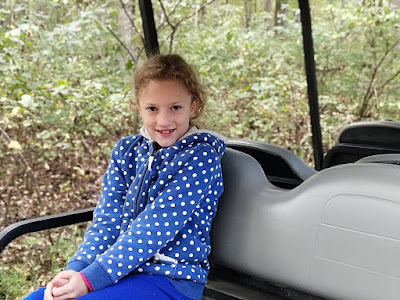 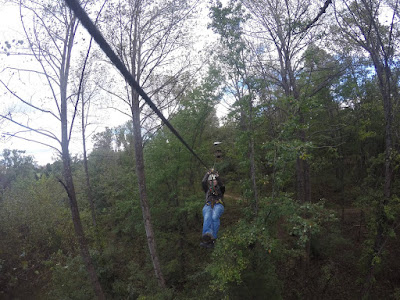 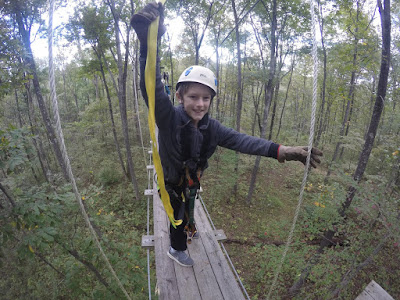 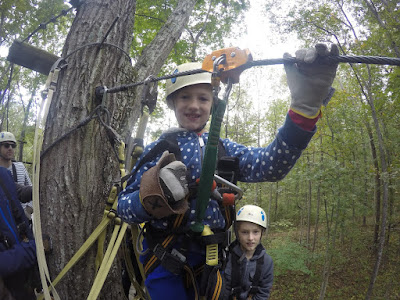 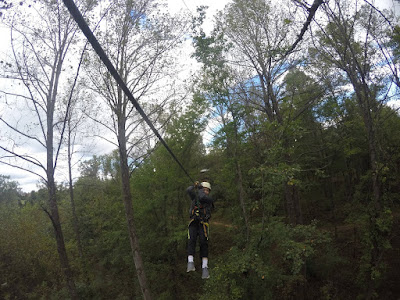 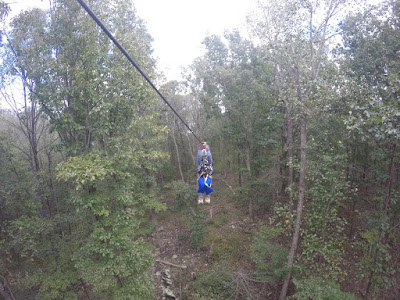 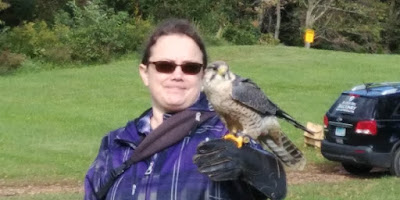 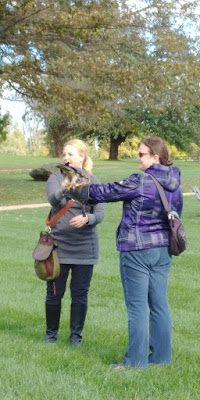 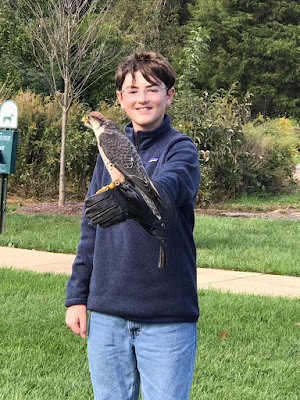 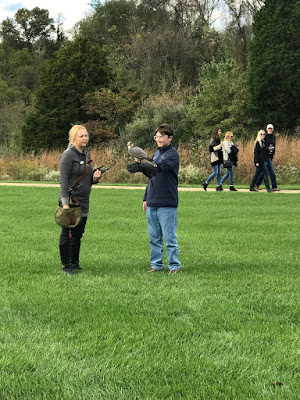 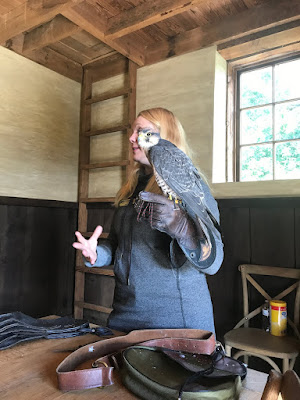 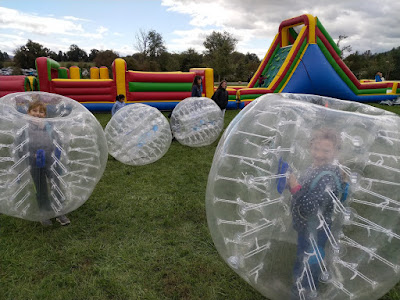 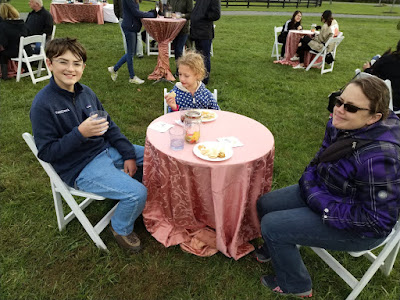 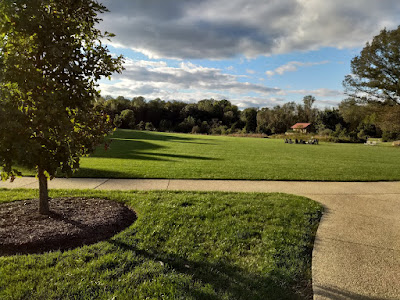