Near the border of Georgia and Tennessee is the Chickamauga Civil War Battlefield.  We didn't have exact plans on our way to TN, so we decided to stop and take a look.  Again, the government shutdown closed down the fields.  They went as far as putting up no parking signs all over the place -- I wonder how much it cost to put up a sign to discourage people from walking around in a field.  In any case, we found an area that didn't have no-parking signs and took advantage of it and walked around.

It was a really neat area.  After exploring, we came home and studied up on the Civil War some more.      All of the sites that seem to get the attention around here are battles where the South won.  Interesting...

The boys and I had a good discussion about the Civil War and war in general.  It's been good for them to get a glimpse into our nations history and actually be there.  One comment Tucker made: "(in a sad voice)  I really want Georgia to be part of the United States." 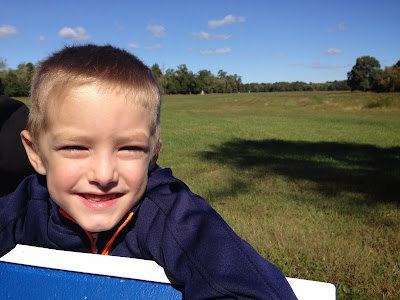 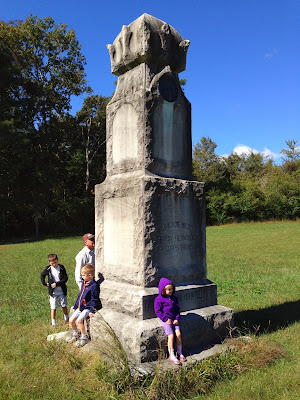 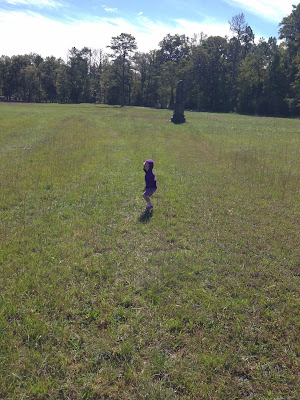 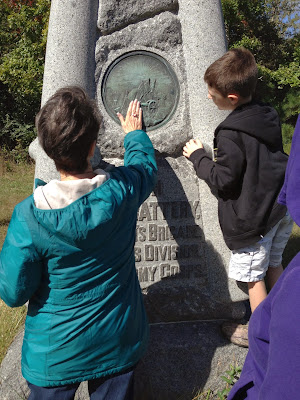 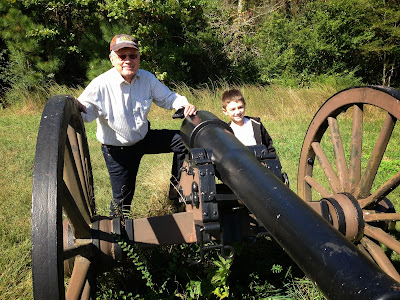 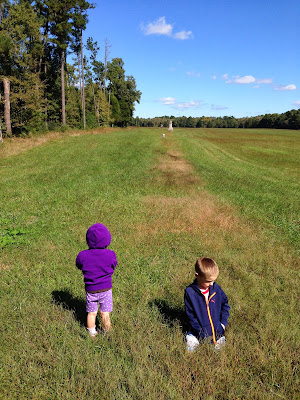 A prayer for the fallen (actually, I'm not sure what he was doing). 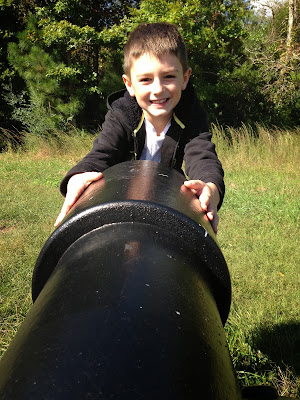 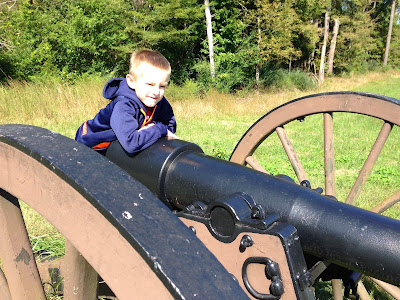 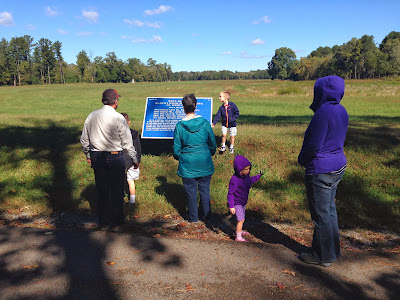