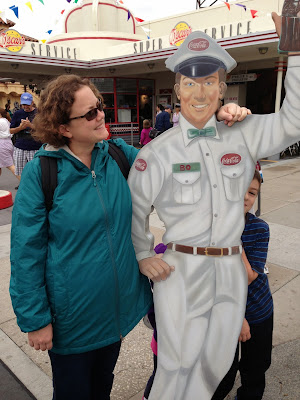 Disney Hollywood Studios celebrates all things in the movies and movie history. The main street is 'Hollywood Boulevard' and has buildings in the art deco style of the 1920s 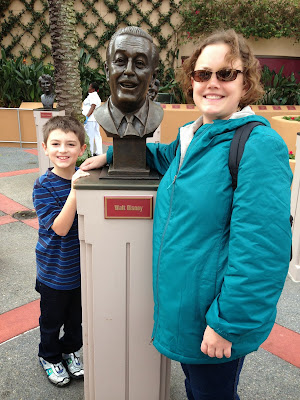 This was in an area where many busts of famous TV/Movie personalities were represented. This one is Walt Disney. There was a museum showing Walt's history and all about his family and how he came to develop his company and all his different ventures. 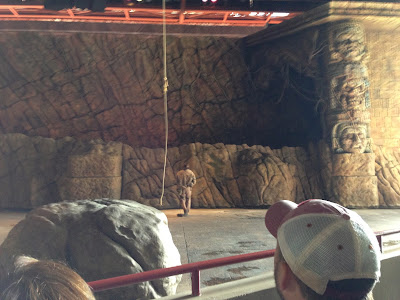 The Indiana Jones stunt show - it doesn't look that great, but it was spectacular and fun to watch! 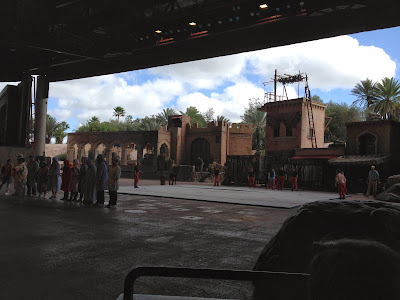 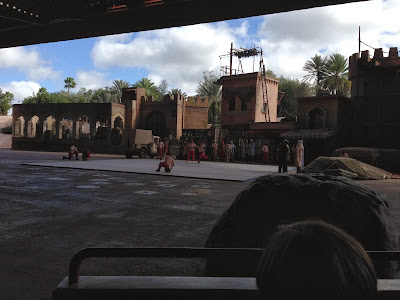 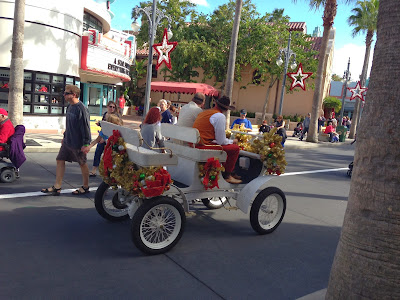 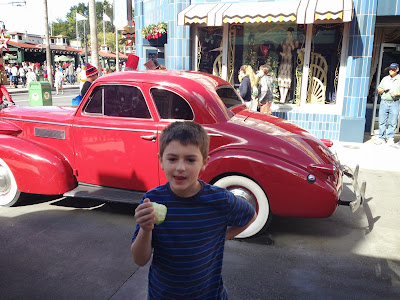 Various old cars were seen throughout the park, and you can see the style of the building in the background here, very old Hollywood, 1940s. 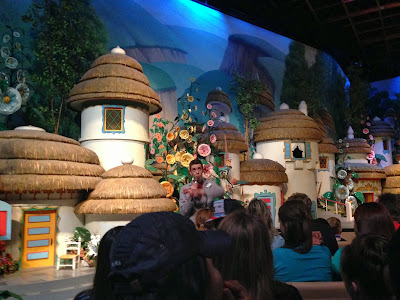 This was the 'Great Movie Ride' which went through a few famous movie scenes, this one of course, is the 'Wizard of Oz' 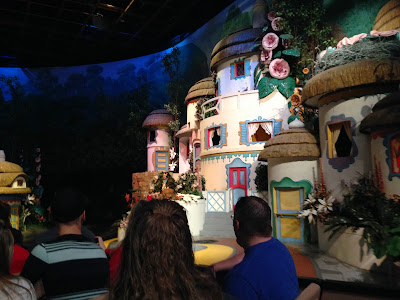 very well done, it looked just like it did in the movie, shiny flowers and leaves 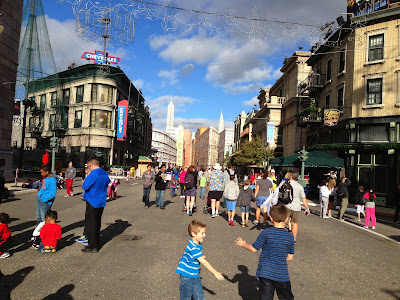 This area was meant to look like the 'streets of America', like, New York and San Francisco 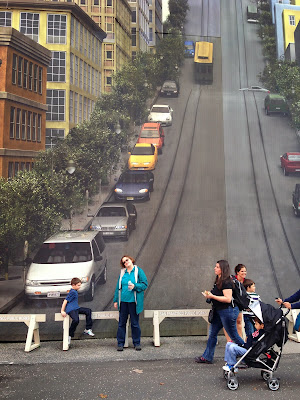 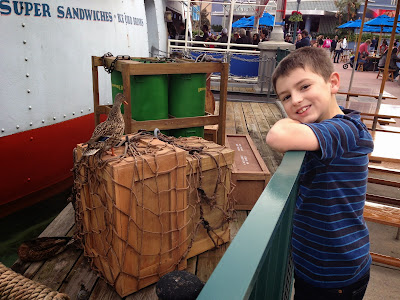 Carson was making friends with the duck, right there....on the box....see it? 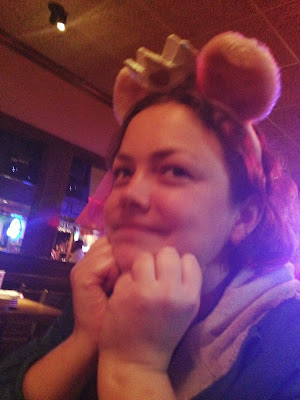