Since Angela and I are both Den Leaders, our entire family gets to attend and participate in Pack Meetings.

This time, there were a lot of Christmas themed games.  Even Tucker and Savannah were able to join in.

Tucker was in an event where you needed to get a puffy red ball on a ribbon necklace to stick to your nose (with some goo on your nose).  When it started, the older kids were swinging there heads around, but Tucker kneels down and rests the ball on the ground, then sticks it to his nose.  He won!  Pretty amazing idea.  After doing it that way, all the other kids stopped their strategies and tried his.

Savannah was in the cotton ball toss and she actually landed a few in the cup.

Carson was a Human Conveyer Belt.  That was pretty tough.  Eventually, they asked Angela and I to demonstrate it to the kids.  We struggled with it too, but we did earn a few points. 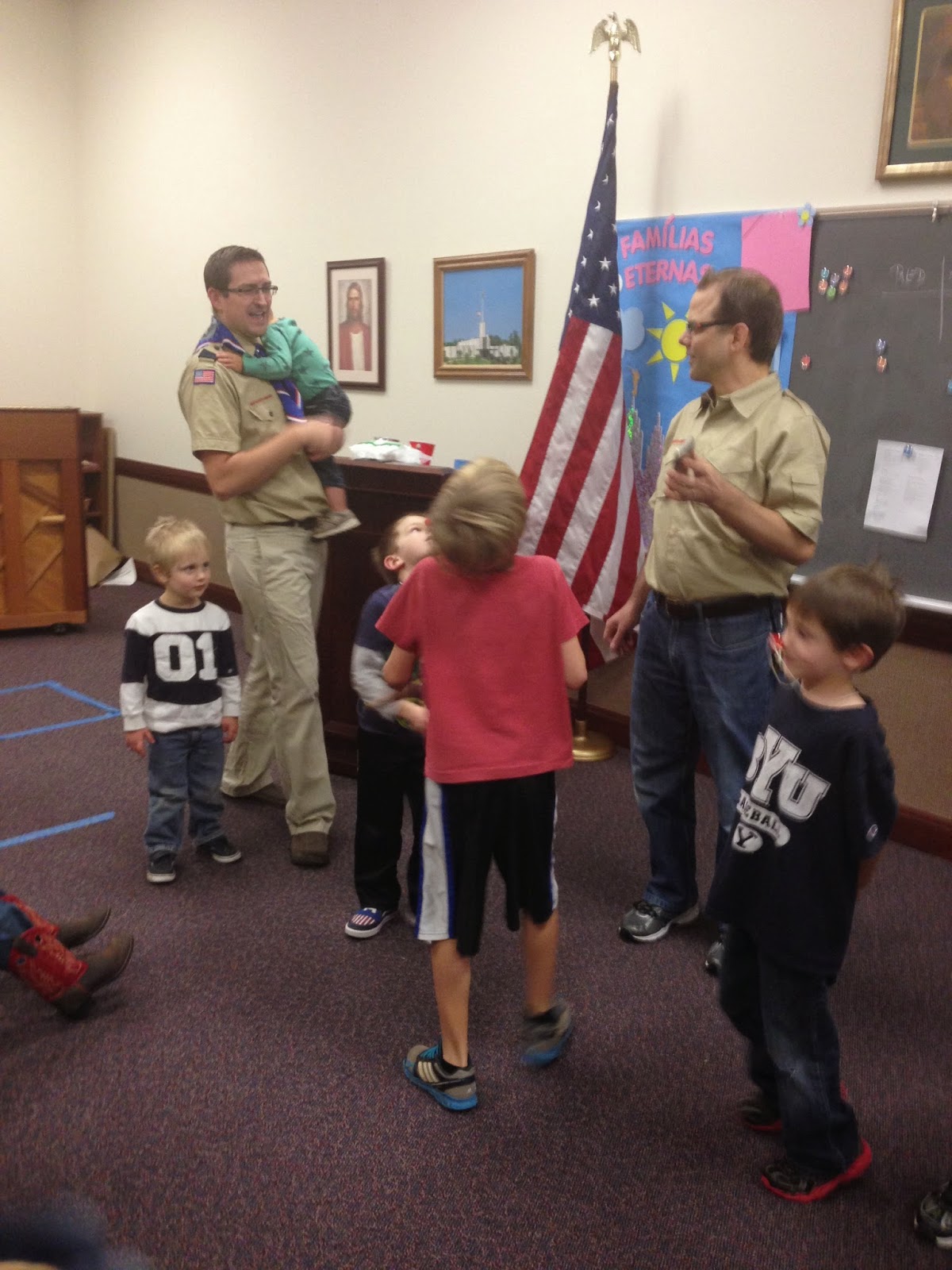 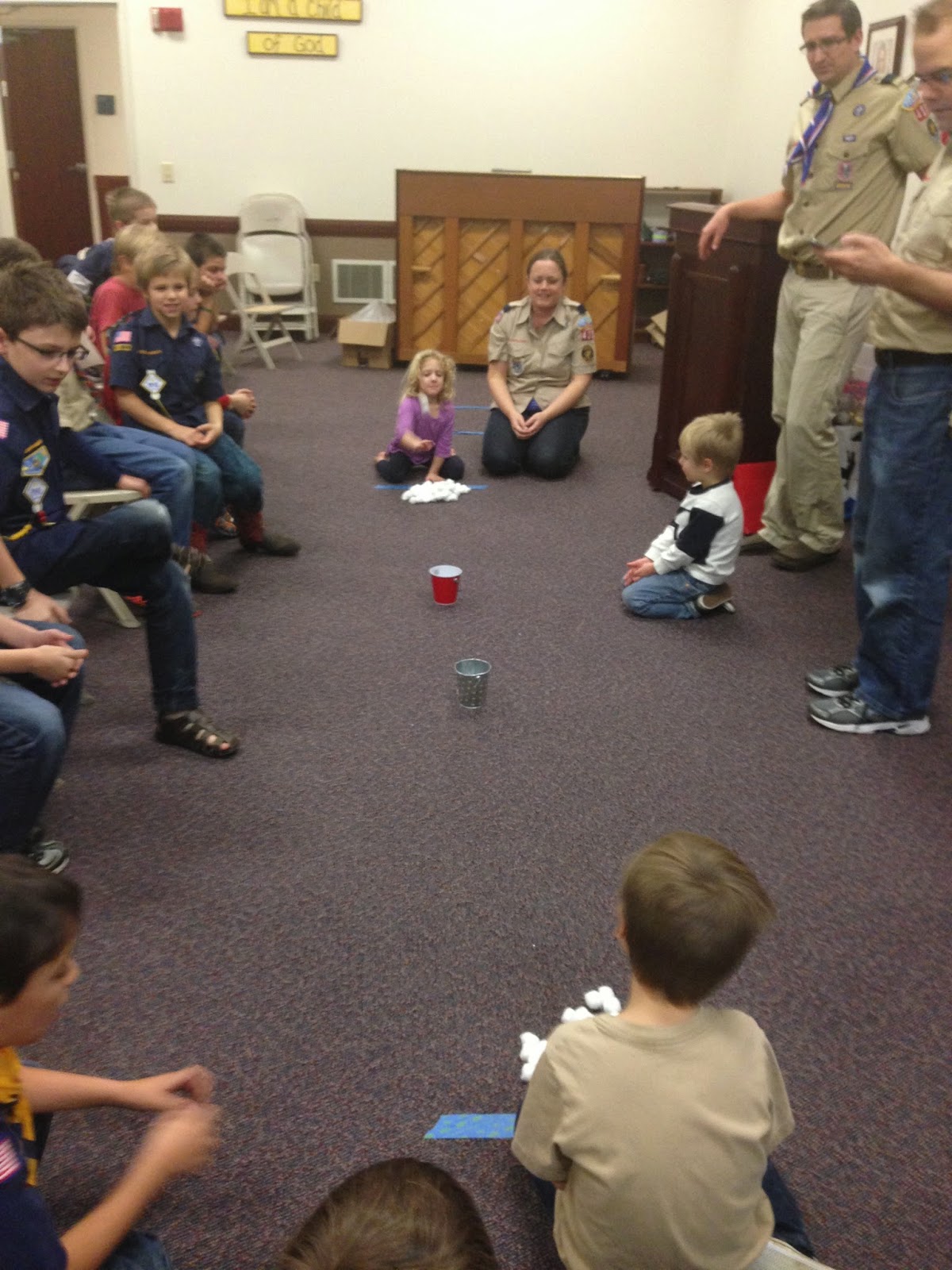 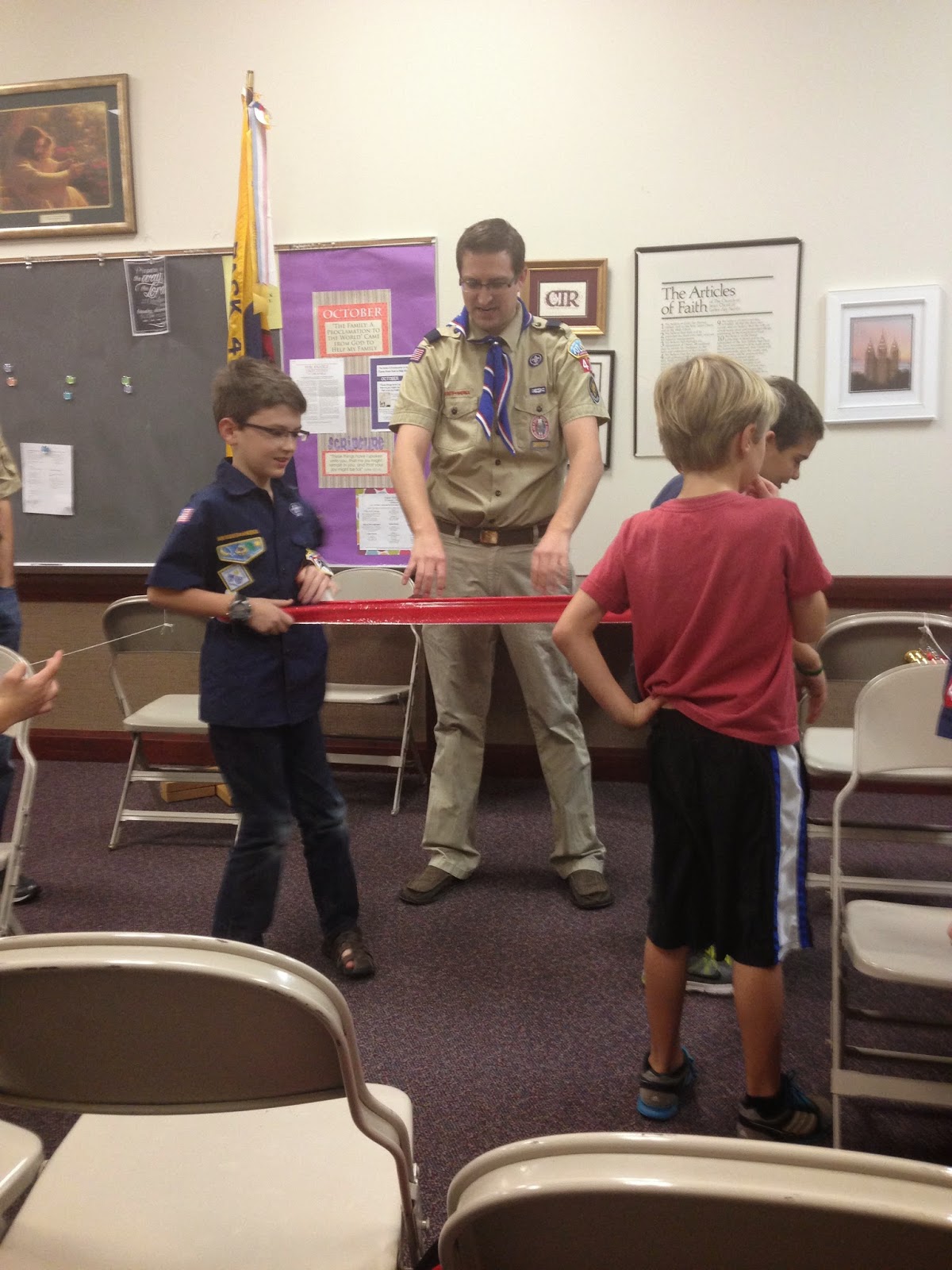