Shorty after moving to the DC area, we learned that there are actually two Smithsonian Air and Space Museums.  One in DC and one in Fairfax, VA.

On Saturday, we went to the Virginia one.  It was impressive!  They had hands on science displays and many of the most significant planes in US and World history. 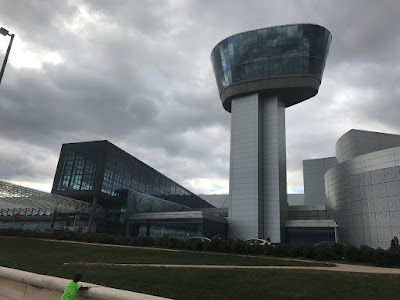 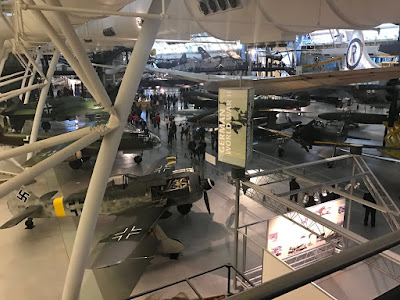 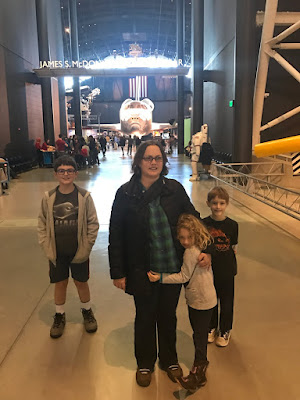 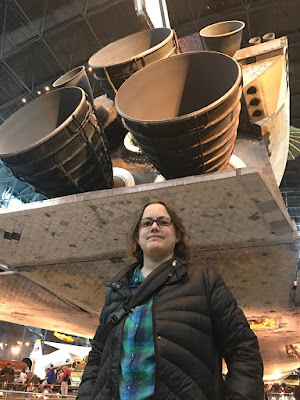 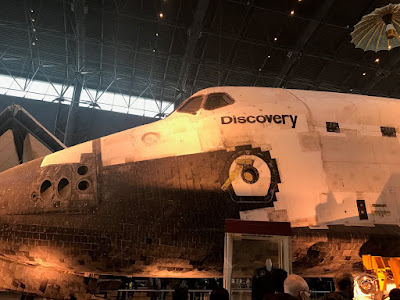 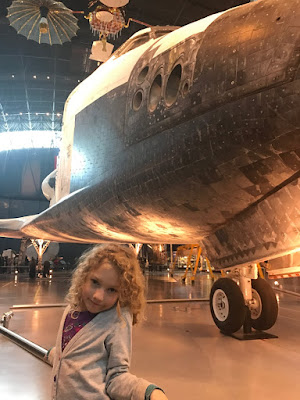 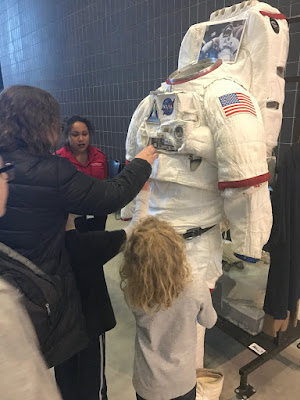 A science demonstration about hearing, balance, and air pressure in space. 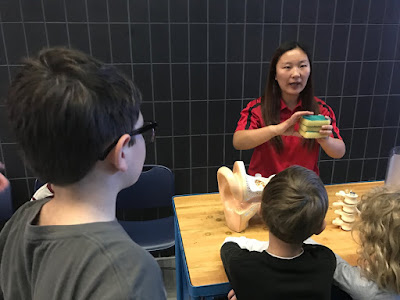 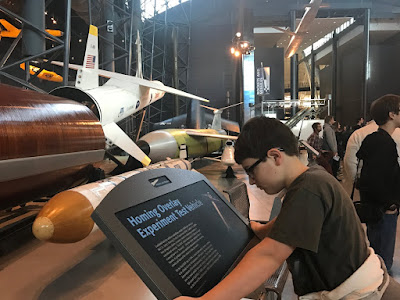 The Enola Gay, which dropped the Atomic bombs on Japan in WWII. 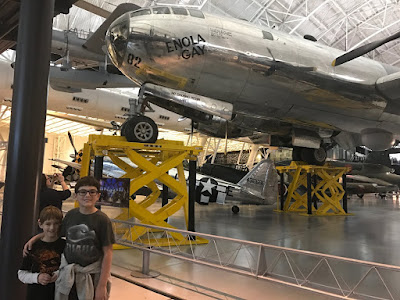 This X-35B can land vertically. 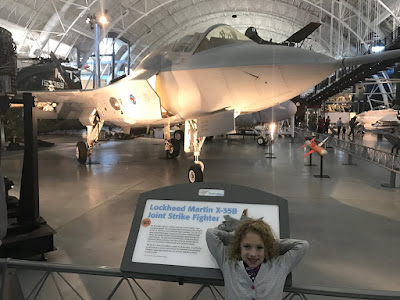 This SR-71 was amazing.  When they delivered it to the Museum, it flew from California to Virginia in just over an hour.  They say it had 2.5 miles of film that it would carry (which they would then have to develop afterwards). 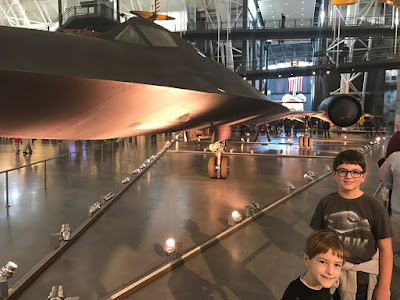 This engine is together, then when you press a button, it splits in half and starts to rotate so you can see all of the pieces moving. 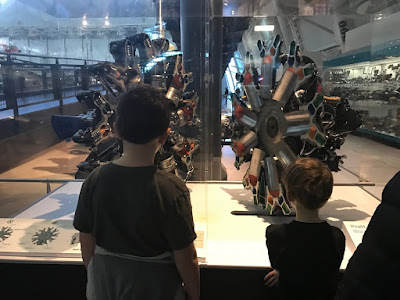 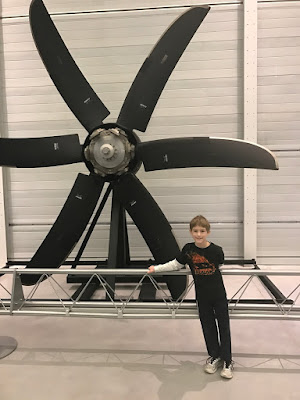