Keith has wanted to take the kids to an air show for quite a while, but the timing never quite worked out and it was always pretty expensive.  The Air Force Air Show in the DC area is free.  This year they were celebrating the 70th anniversary of the Air Force and the show was amazing.  There are so many free or inexpensive opportunities in the DC area.

The event started at FedEx Field - home of the Redskins football team.  There you went through security and took a school bus to Joint Base Andrews for the show. 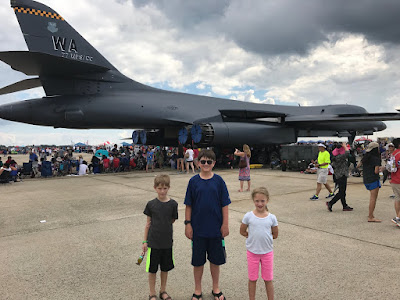 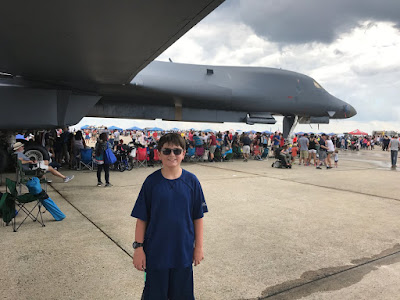 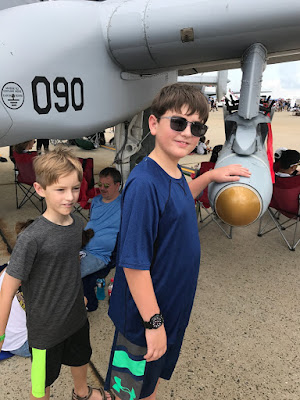 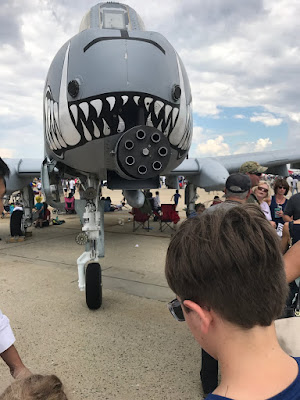 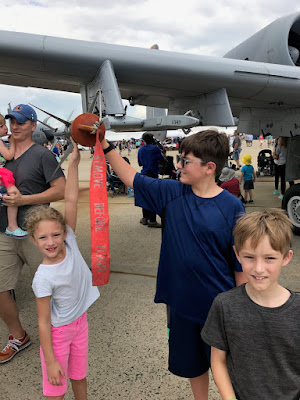 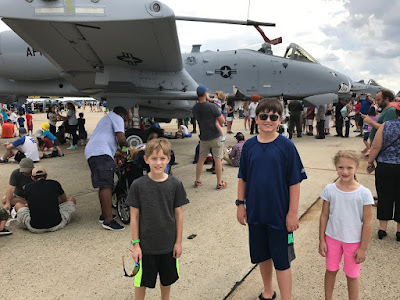 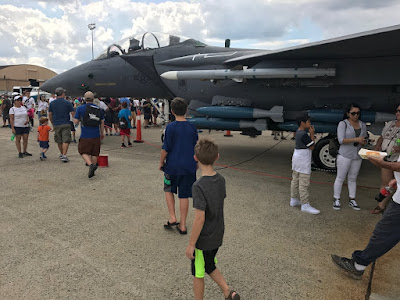 A demo from the Johns Hopkins Physics department on Comets.  Savannah volunteer to touch the frozen mud-ball they created. 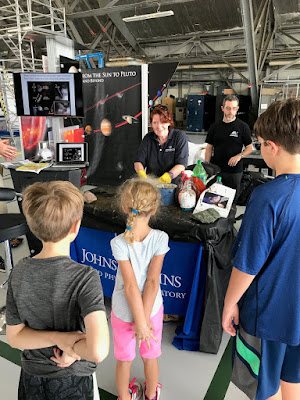 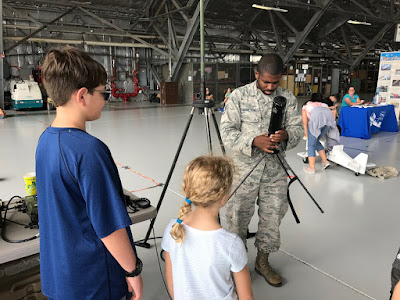 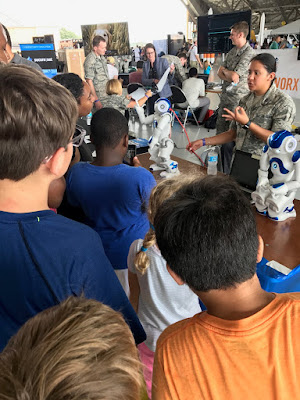 An exhibit by Orbital ATK, for whom Keith's brother Ben works: 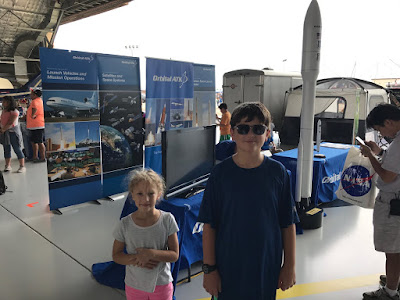 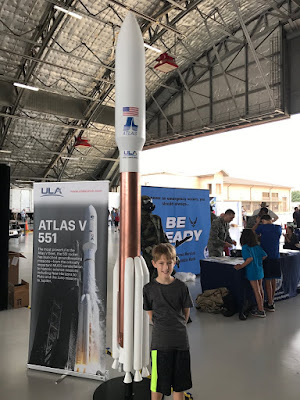 The Thunderbirds were incredible.  We couldn't stop talking about them after their performance.  You can see them on the runway near the F-22 stealth fighter. 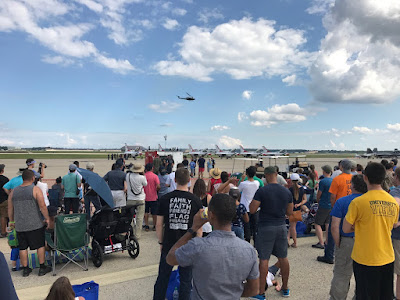 The Thunderbirds flying in formation: 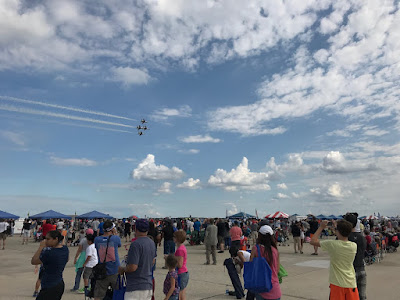