We haven't actually had to maintain a lawn since we left Georgia.  Now, with a 1/2 acre lot, we needed a good mower.  So we bought a new Echo 58v battery powered lawnmower.  It is light enough that the kids can easily operate it.  Instead of having to pull start a gas engine, you just press a button to start it.  It also folds up to be pretty compact and unlike a gas engine, it can be stored on it its side or vertically.   It is relatively quiet an has plenty of power to chop our tallest grass.

There were some quality issues in the assembly and packing.  We actually bought two of these within a week.  The height adjustment lever one one wheel was bent on the first one; preventing height adjustment.  So we returned it to a local home depot (that was very accommodating).  Then shipped us a replacement, which had a similar issue on a different wheel.  So, reluctantly, I disassembled the wheel subframe and reassembled it correctly.  Overall, it took about 10 minutes.  Apparently, the factory didn't take the time to assemble the mowers well?!?  Kind of annoying; but despite that, we've been pretty impressed. 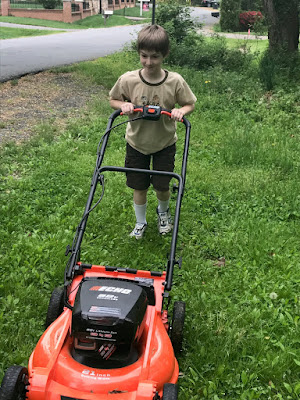 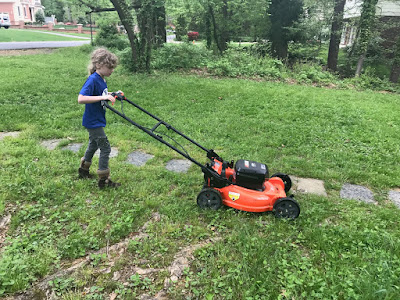