Cedar City has the most patriotic 4th of July Parade of anywhere we have lived (including DC!).  They had floats dedicated to the founding of our nation, highlighting the key events.

To make it even better, all of our children participated.

Carson held a banner for 'Lexington and Concord' which re-enactors dressed as Americans and Red Coats.

Following the parade was a party at the park followed by fireworks that night. 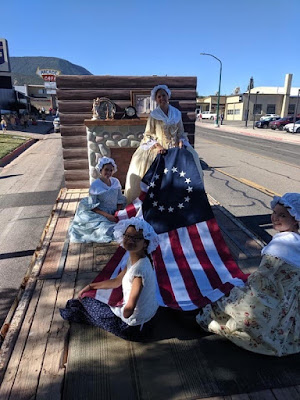 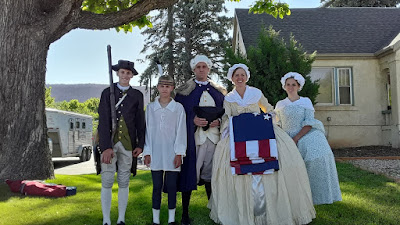 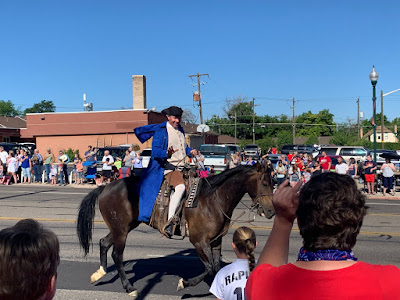 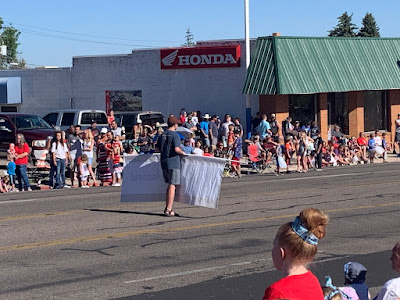 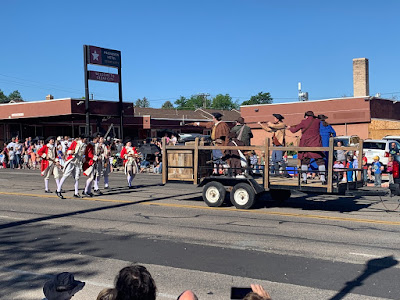 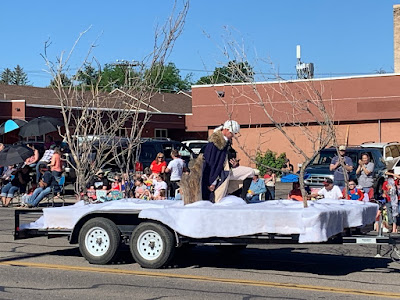 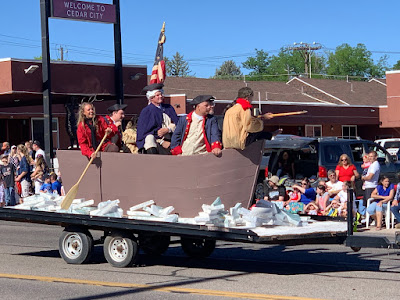 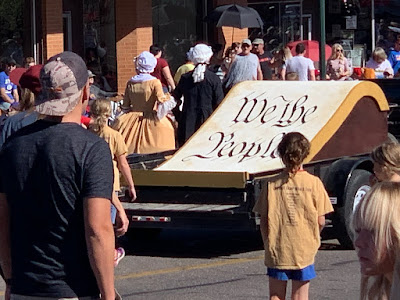 Savannah by the 'We the People' Float. 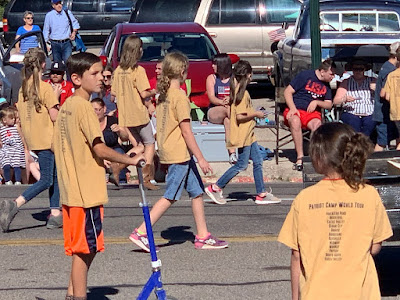 Savannah walking with other kids from the Patriot Camp. 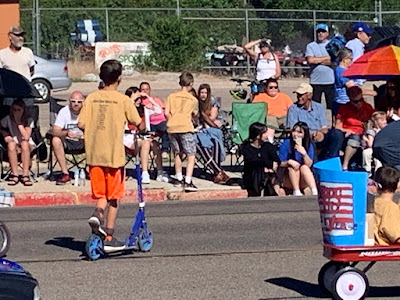 Tucker distributing copies of the Constitution. 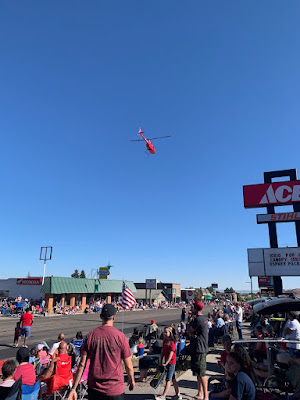 SUU Aviation school flew a helicopter to start off the parade. 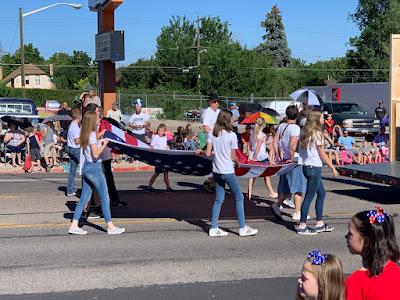 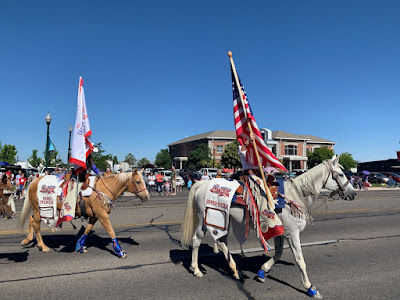 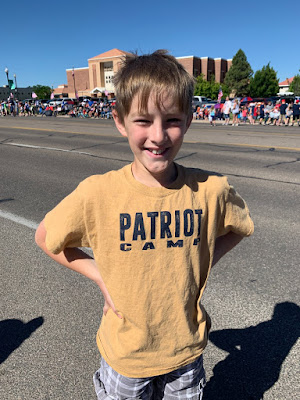 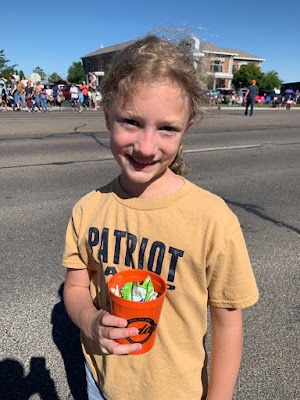 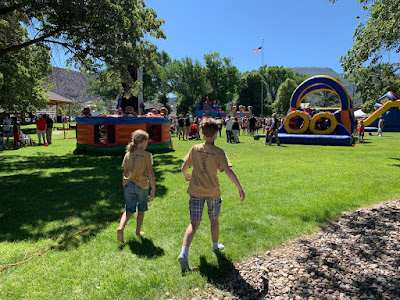 The activities in the park. 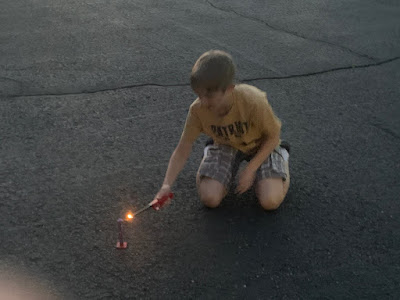 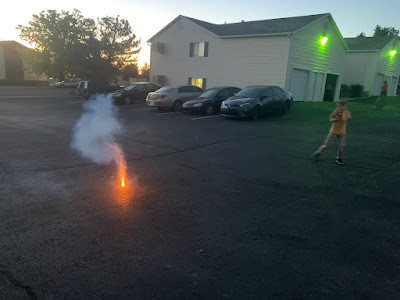 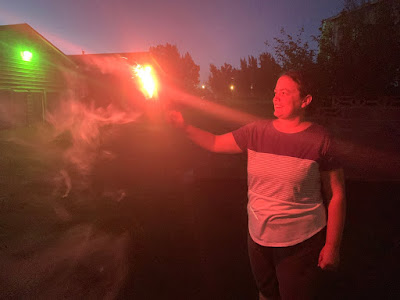 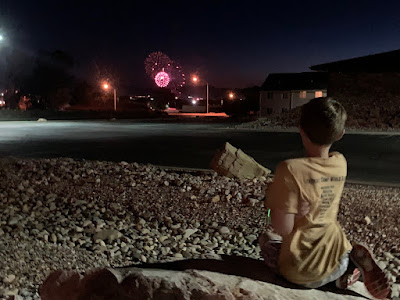 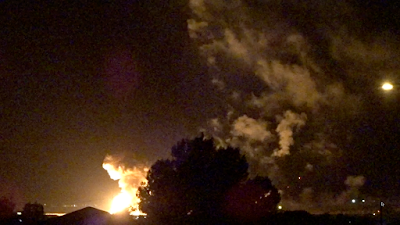 This huge explosion was startling.  We figured there was a big accident with the fireworks.   We later found out that it is Cedar City tradition to blow up a propane tank after the fireworks.