I heard about a day camp called Patriot Camp, and it sounded fun, so I signed up. Tucker and Savannah would be campers, Carson would be a youth leader, and I would be a Team Mom. Every day there was at least one historical character dressed in costume, and the teams would go to different stations throughout the morning. Most of my pictures show other people besides us, but you can see all the great fun and learning that went on at Patriot Camp. 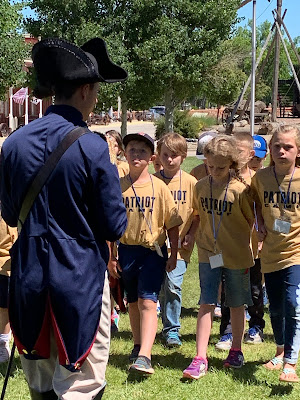 Learning about proper military formation from a German general who helped out at Valley Forge. 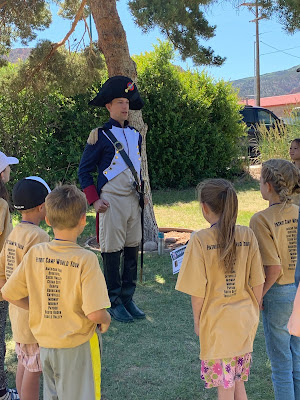 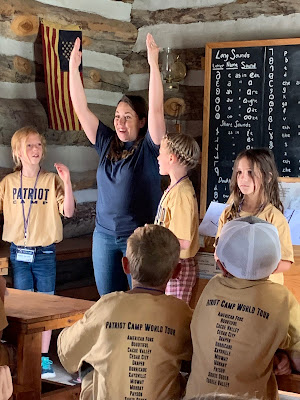 The kids went to the schoolhouse a couple of days to learn the preamble to the Declaration of Independence and the Bill of Rights by singing them in songs. 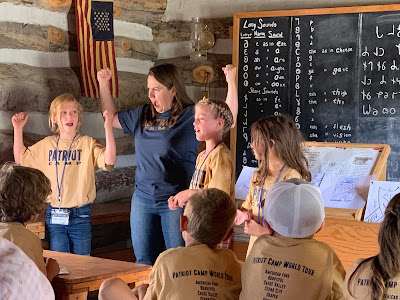 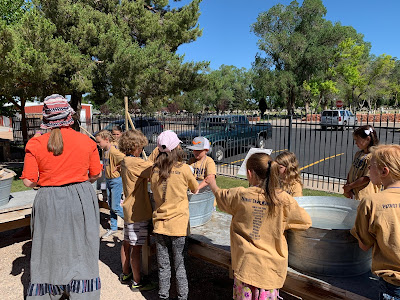 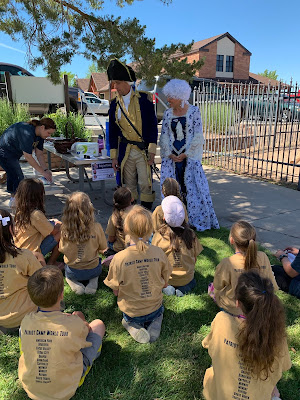 a talk with George and Martha Washington 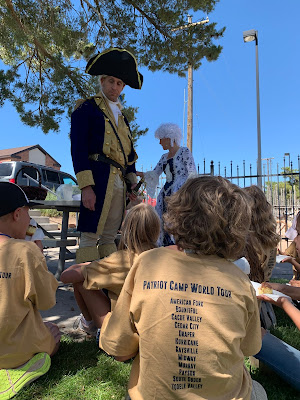 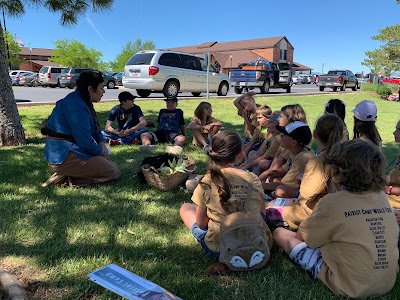 learning from Polly Cooper, a member of the Oneida tribe who helped at Valley Forge. 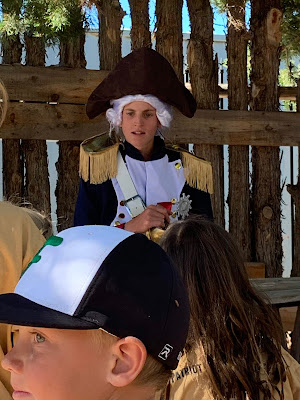 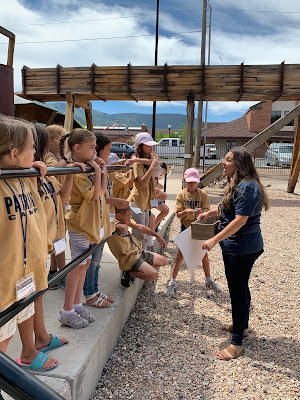 learning about taxation without representation 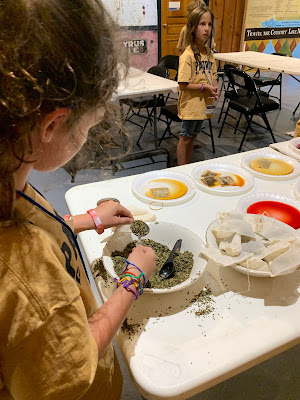 making our own tea bags with dried peppermint 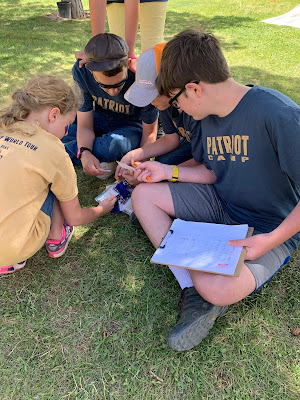 Carson working with other youth leaders 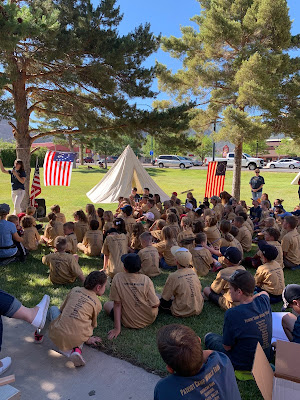 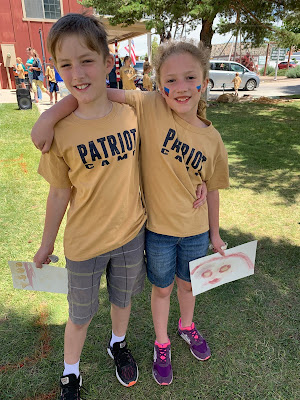 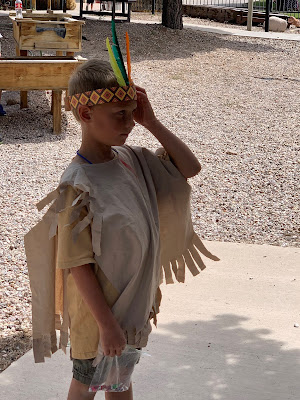 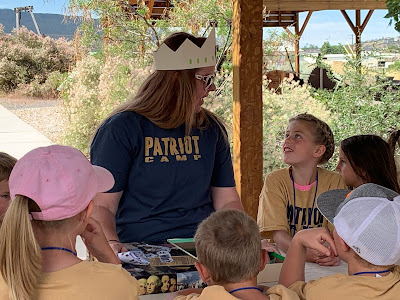 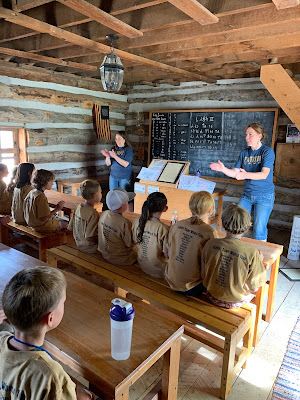 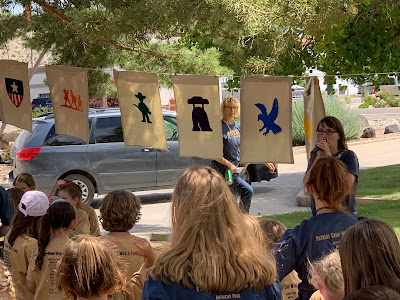 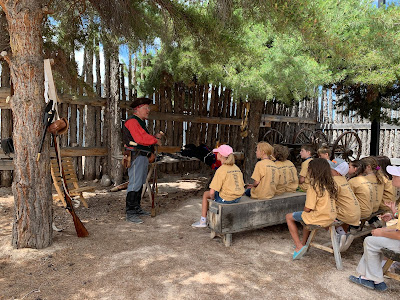 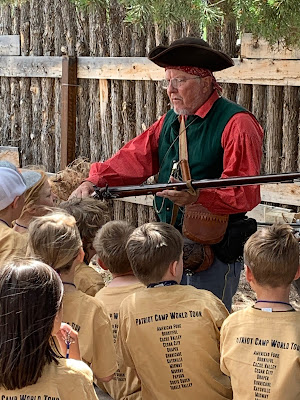