We used the Fall Fest in the Park at Parowan UT as an excuse to drive the 15 minutes to Parowan, UT and learn more family history.

My 3rd Great Grandfather, Silas Sanford Smith, and his brother, Jesse and mother, Mary Aiken Smith, settled the town in 1851.  His brother became the first mayor.  So we were able to see his brother's home which is still standing and available for tours.  There is a large historic church across the street from their house that is now a town museum.  We were hoping that the museum would be open for the town festival; disappointed, we just ended up walking around the outside of it.

We also have learned that Silas helped build the first log building in Cedar City...  So we have some pretty deep roots in Southern Utah. 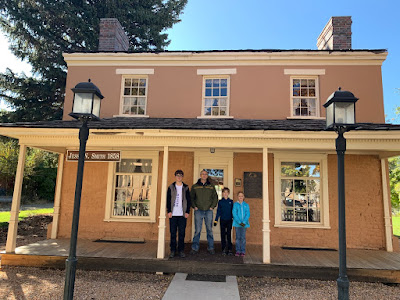 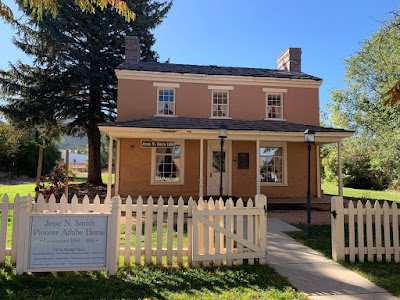 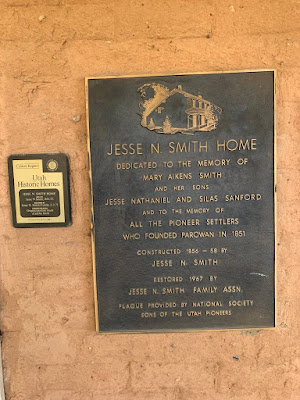 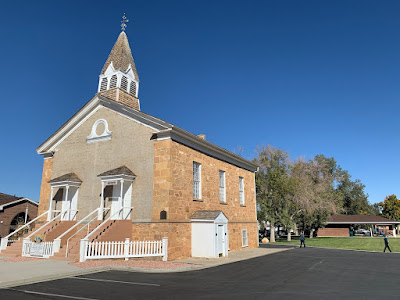 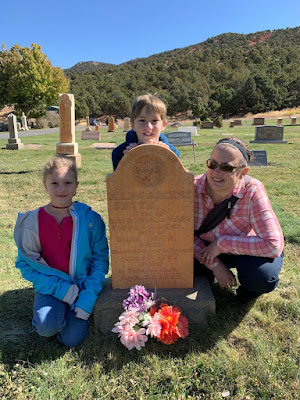 The tombstone of Mary Aikens Smith, my 4th Great Grandmother (above). 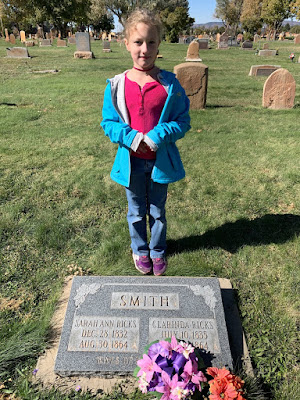 The tombstone of Clarinda Ricks Smith (and her sister).  She was my 3rd Great Grandmother. 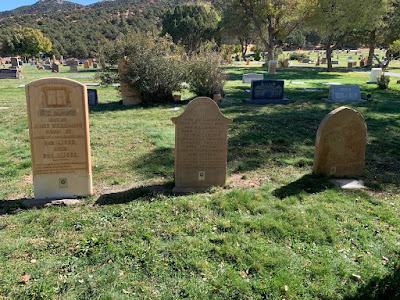