A Bad Seed: The Cashew 'Nut'

Did you know that cashews are technically seeds? "Although a nut in the culinary sense, in the botanical sense the nut of the cashew is a seed.", says Wikipedia. Thought I'd enlighten you on that little bit of information, so you could understand my title for this post. Another child brought some cashews into nursery on Sunday during church, and Tucker either ate some or touched some, we don't know. This is how he looked hours after church was over. 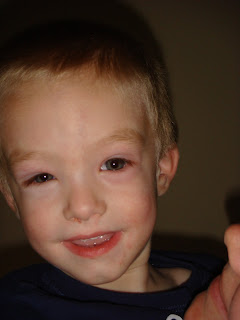 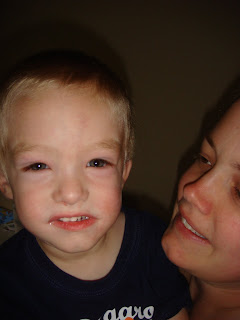 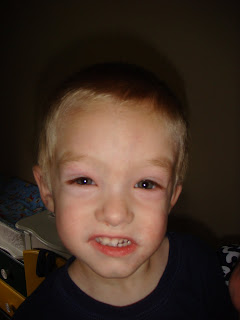 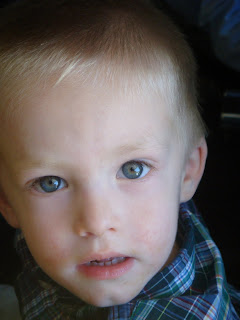 That last picture is to show what he normally looks like! His eyes puffed up pretty bad, and he was just majorly irritated. We gave him various doses of benedryl, and the swelling eventually went down and he's all better. It's miserable seeing your kid all miserable. Now we know he has the same allergy as Carson.
By Angela at August 11, 2010

Email ThisBlogThis!Share to TwitterShare to FacebookShare to Pinterest
Labels: tucker