As part of Carson's Citizenship in the Community merit badge, we went to the Fairfax County Delegation to the Virginia General Assembly Public Hearing.  Yes it is a very long name for a very long meeting.  The agenda was 20+ pages long.  We staying for quite a while and we had only finished a few pages of the agenda.

There was some light snow before the meeting, so the roads were pretty desolate.  As we arrived, I was taking a picture of the boys in from of the building, and a women asked if we would like her to take our picture -- we graciously accepted.  As we walked with her towards the meeting we found at that she is actually on the General Assembly.

It was fascinating to hear about the concerns that other citizens have and their drive to resolve them.

During the meeting, Tucker asked me, "Why is everyone just asking for money?" 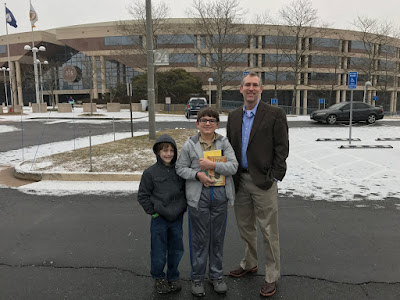 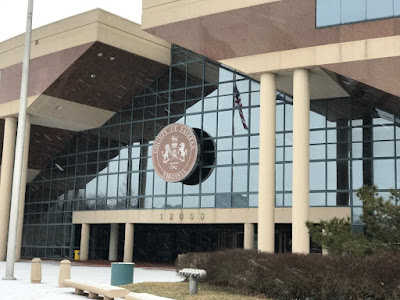 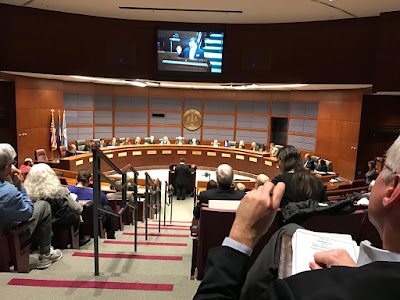