Each year, Utah has a free fishing day.  At Lake at the Hills, here in Cedar City, several local groups and businesses sponsored a fishing class, provided fishing equipment, lunch, and a police dog demonstration.

We arrived on time, which you can see from the empty chairs, was about 15 minutes too early. 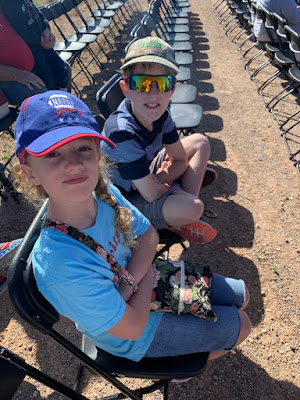 There were some basic instructions and information about the fish found in the pond. 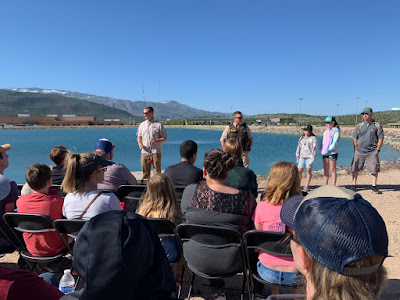 Then we were able to fish. 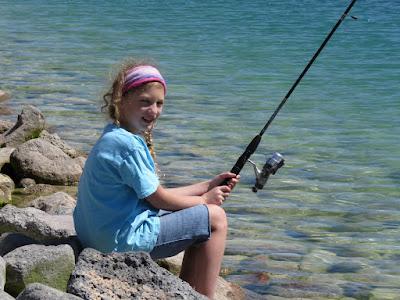 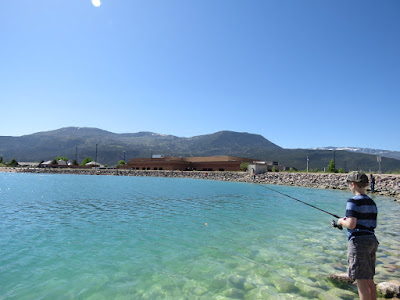 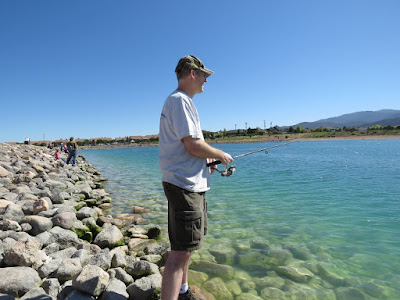 Despite the assurance from the wildlife officials that the lake had been well stocked, we didn't catch anything.  We didn't see anyone else catch fish either until we were leaving and noticed a couple people caught fish.

While we were fishing, a huge bald eagle flew overhead and stayed in the area for about 20 minutes.  I was able to get some pictures of it. 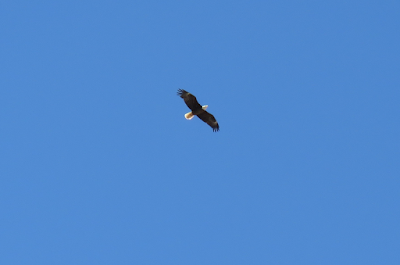 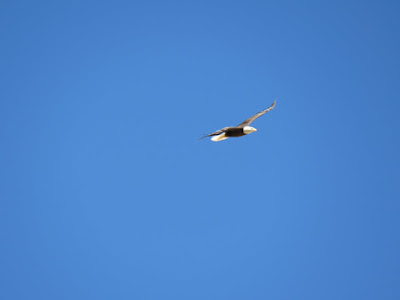 This K9 Police dog was trained to find guns and knives -- I didn't even know that they could do that.  But someone hid a shotgun in some brush, without the officer or dog knowing where, then the officer let the dog loose to find it.  It only took about 30 seconds before the gun had been found. 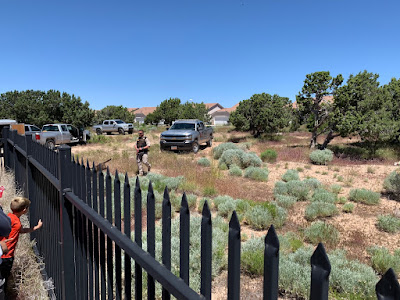