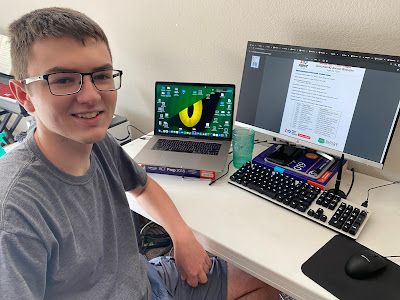 Carson was invited to be a coach to a robotics club for 9-11 year olds. He has been attending their meetings twice a week now for about 4 months.
We made a robot to complete some missions around a map with the missions spread around it. Each mission is worth from 5 to 30 points. We have 2 minutes and 30 seconds to complete as many missions as we can. We ended up in 5th place for all of Nevada with 250 points, and the highest score in the competition was 330.
Our team got champion for northern Nevada, which means that we had a good project, as well as having good teamwork and a good robot. For state, we got the 'breakthrough award' which means that everyone on our team learned about everything we were doing. We did that by making sure people switched off between our project and our robot so that our members would learn how to program the robot, as well as learning how to work with Squarespace. For the project, they told everyone to create a project to help people to get active in your area. Our team's project is at https://activereno.org if you would like to visit it. 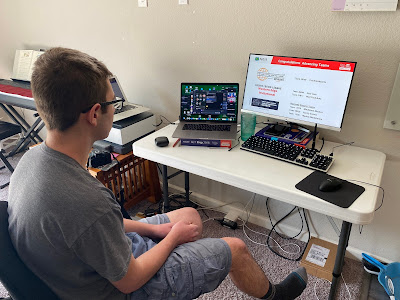 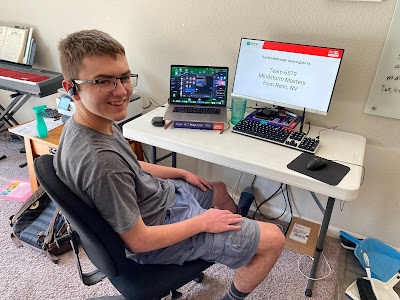 This was during the awards ceremony, you can see on the screen the name of their team, "Mindstorm Masters".
By Angela at May 02, 2021