In 1844, Joseph Smith and his brother were killed while imprisoned in the Carthage Jail in Illinois.  The building is now owned by the Church of Jesus Christ, so we stopped at the visitors center, watched a brief movie about it, and took a tour of the jail.

The rock exterior walls of the building were 3 feet thick.  The family of the jail keeper actually lived in the same building.

Since the jailer did not consider Joseph and the other Saints threats (or even guilty), he invited them to eat with his family and to stay in on of the family rooms instead of the jail cells.  But shortly after arriving, a mob formed, stormed the jail, and shot Joseph and his brother Hyrum.

It was a good tour and an interesting history lesson. 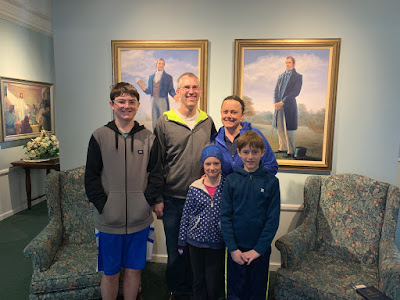 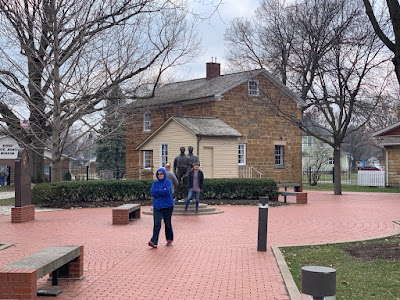 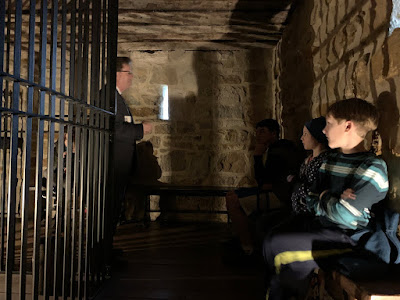 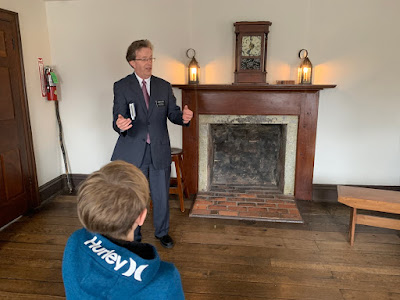 The room that Joseph was staying in. 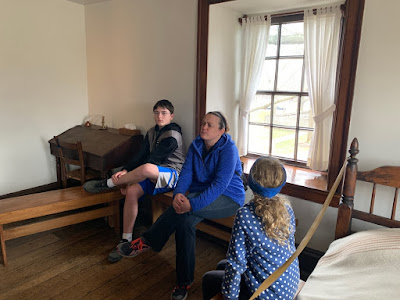 The window he fell out of when shot. 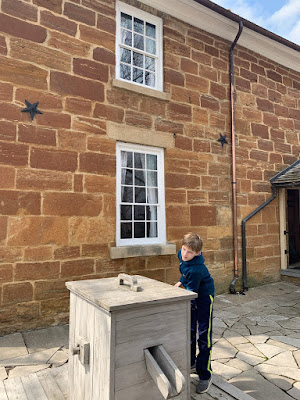 He fell out of the upper window (pictured) after being shot.
By Keith at April 05, 2019