About 30 minutes east of Akron, Ohio is a small town called Hiram, Ohio, where the Historic John Johnson farm is found.

As the members of the Church settled in nearby Kirtland, and the headquarters of the Church was eventually relocated there, the Johnson's learned of the Prophet Joseph Smith.  Sister Johnson had severe rheumatism and had lost the use of one of her arms for several years.  She asked Joseph Smith for a blessing, which after receiving it, immediately her arm was healed.  Shortly after, they joined the Church.

Eventually, Joseph Smith and his wife, and children moved lived in the Johnson home.  Many miracles and prophecies occurred here, but eventually an angry mob stormed the house and dragged Joseph out of the house.  They tried to force nitric acid down his throat, burning his face and cracking a tooth in the process, then they poured hot tar and feathers on him.  Friend helped him recover through the night and he gave his scheduled sermon from the porch of the Johnson house the next morning.  Several members of the mob attended and were converted to the church.

The death of Joseph and Emma's children is attributed to this attack. 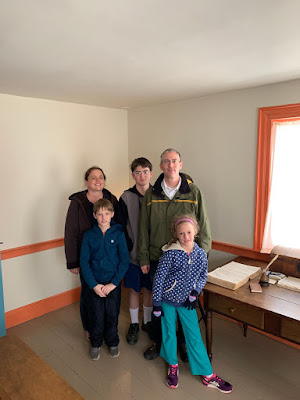 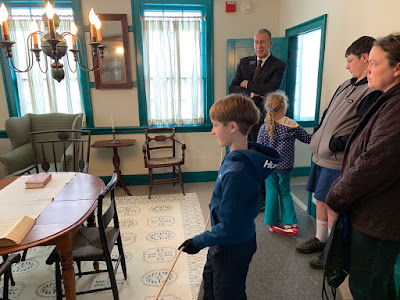 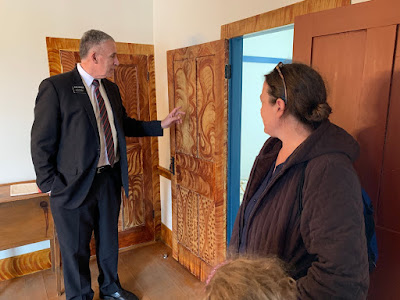 The Johnsons had had their doors painted this way. 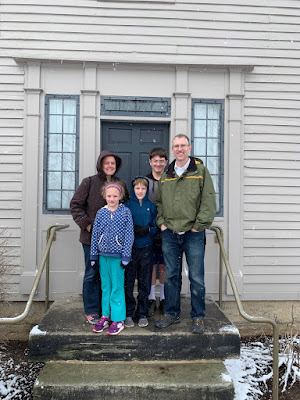 The porch from which it is believed that Joseph Smith was attacked and also gave the sermon following the attack.
By Keith at April 04, 2019