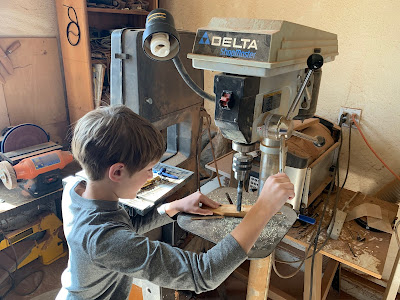 We were told that there was going to be a girls' pinewood derby race here, so since Tucker wasn't here to participate in a cub scout race, he made a car with Savannah. Here, he is boring holes in his wood block to make it look like cheese. 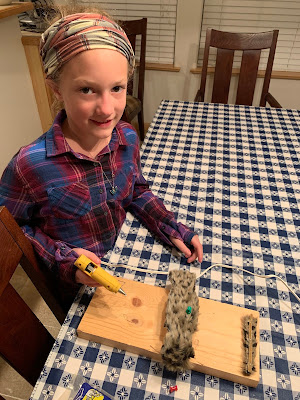 Savannah wanted to make hers into a cat, so we bought some fake fur and felt and googly eyes. 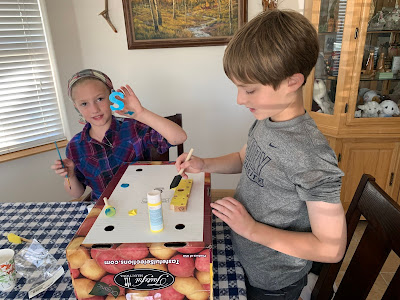 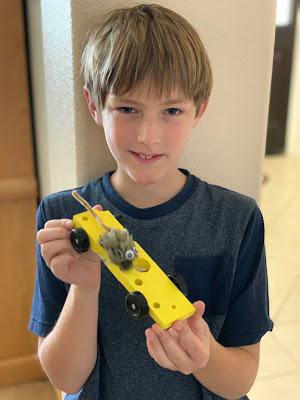 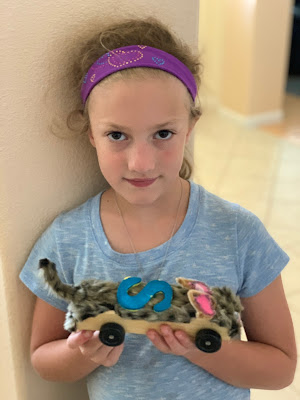 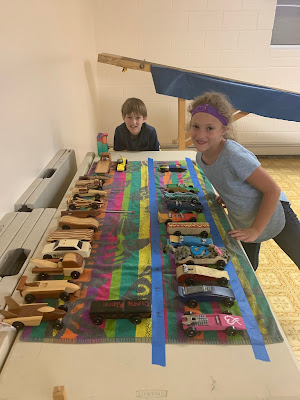 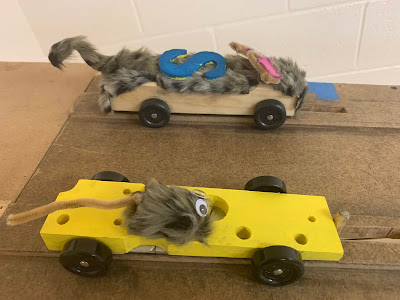 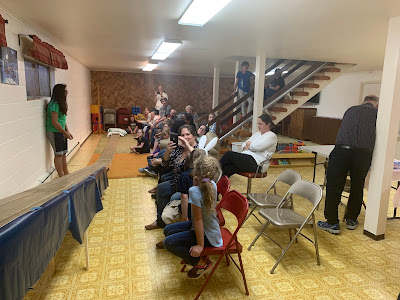 The race was held in the basement of the Ross house, and there was a good turnout. 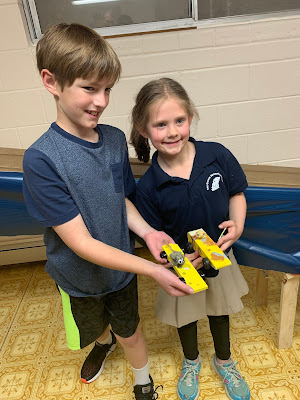 We saw some cousins, this is Ayla. It was a coincidence that they both had the same idea for their cars. Tucker was able to race his car against Savannah and Ayla after the official race was over. 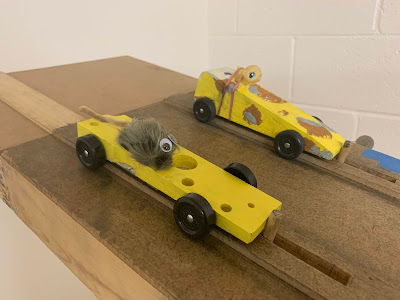 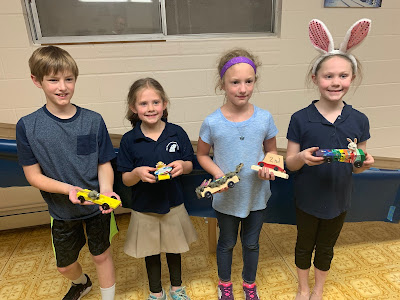 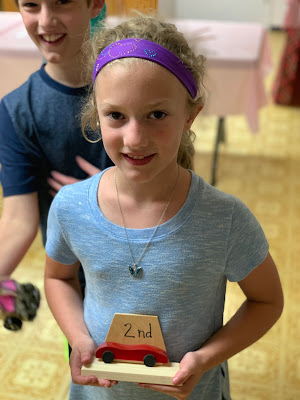 Even with all that fur, Savannah's car placed 2nd! 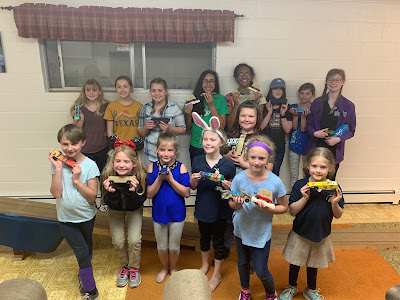 All the racers together.