National Museum of the US Air Force, Dayton, Ohio

While determining which route we should go, we had the decision of going through Chicago or Dayton and Indianapolis.  Knowing about the Air Force Museum and the Indianapolis Motor Speedway made the decision a little simpler.

The National Museum of the US Air Force is the largest military aviation museum in the world, even larger than the amazing Smithsonian Udvar Hazy Air and Space Museum in Fairfax, VA.

It was an incredible display of airplanes, mostly grouped by age, with a lot of displays and information about the world / political events surrounding the use of many of the planes.

While there, the alarm went off, emergency lights started flashing and a voice repeated over the loudspeakers that the facility had received a bomb threat, but "please stay calm".  A couple of minutes later, the loud speaker changed to announcing that there was a terrorist threat against the facility, but "please stay calm".  Then several minutes later, a voice over the loud speaker announced that the previous messages had been in error and to please disregard them.  The strange thing happened when the alarm went off -- no one panicked or even seemed to regard the messages.  At first, I thought the messages may have been part of an exhibit.  But when it persisted as we viewed other areas, then I realized that something was wrong.  But what do you do?  So we just kept looking around the museum. 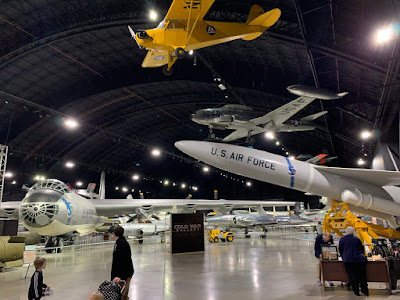 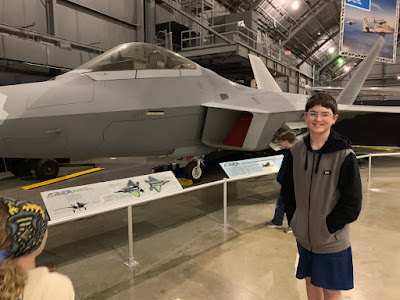 Carson with his favorite, the F-22 Raptor. 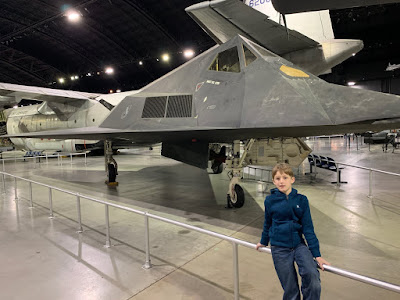 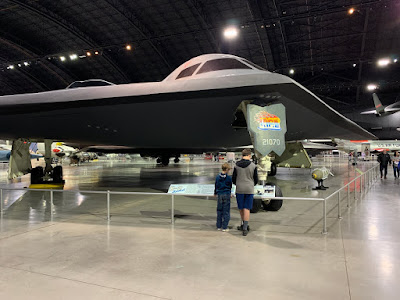 The B-2 Stealth Bomber 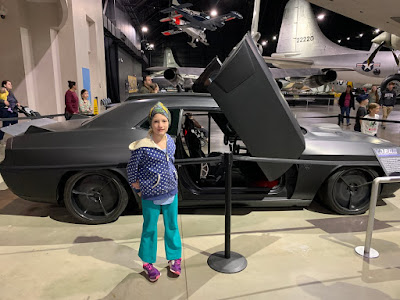 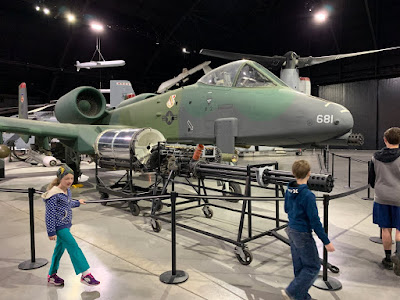 A-10 Warthog with a display of its large gun next to it. 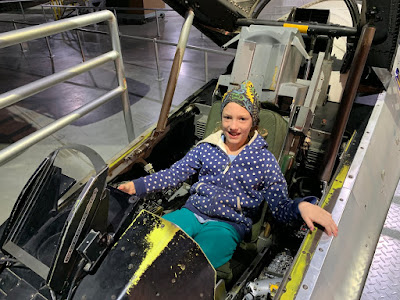 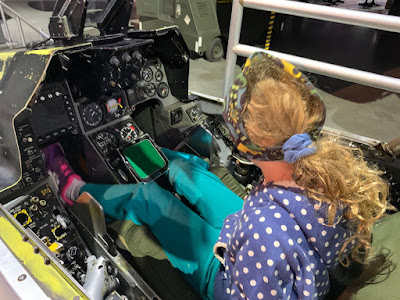 Sitting in the cockpit of a fighter jet, I think it was an F-14. 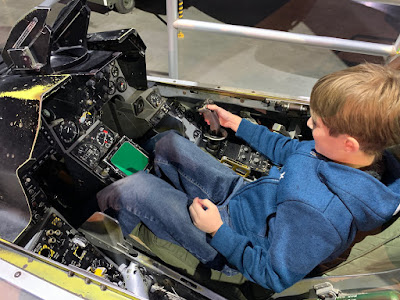 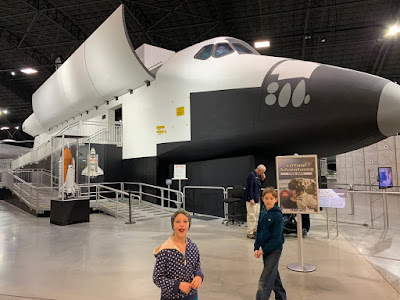 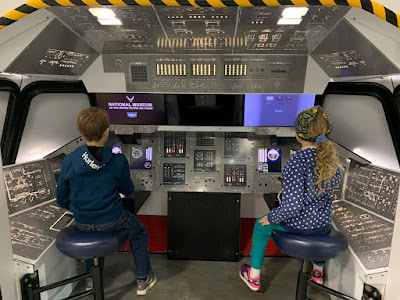 The functional space shuttle simulator that Tucker and Savannah tried out. 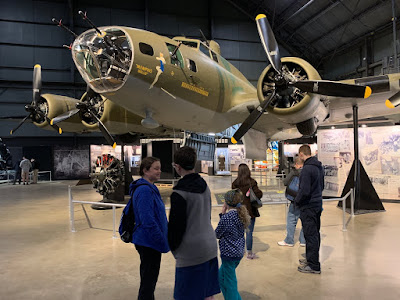 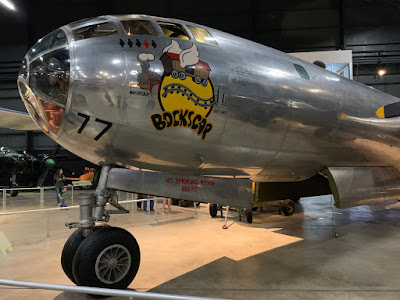 The Bockscar was the companion plane to the Enola Gay in dropping the Atomic Bombs on Japan. 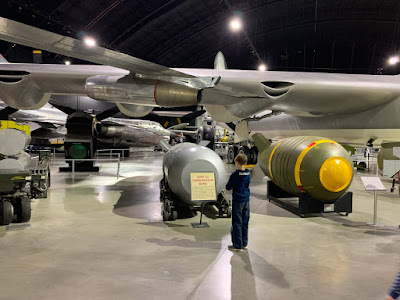 Replicas of the Atomic Bombs. 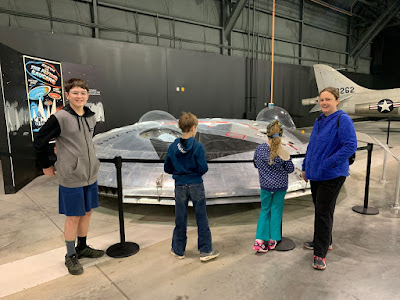 Yes, the military tried to make a flying saucer, less than successfully.  It got a few feet off of the ground before it would become unstable. 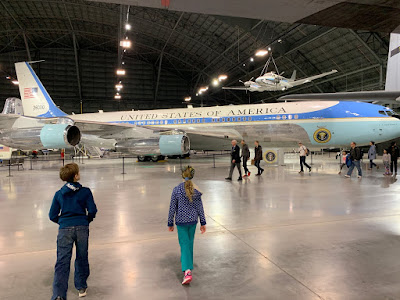 Air Force 1, used during the Kennedy, Johnson, and Reagan administrations.  They actually let you walk through it and see the inside.