On Friday, our neighbor stopped by and asked us if we would like ride on boats later that afternoon.  He told us there was a place nearby that he would take us to.  We excitedly accepted, but weren't sure how boats could go on the river next to our house -- is not very deep.

He arrived at the appointed time and he helped us through the barbed-wire fence that separates our yard from his (to keep his cows on his land). 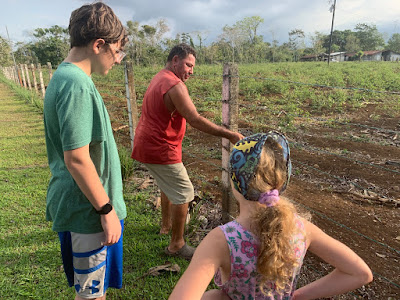 He had to loosen up some of the barbed-wire for us to fit through. 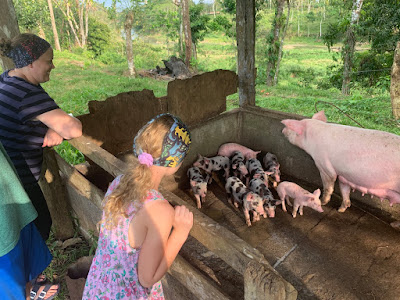 As we hiked through his property, we passed by this pen of 20 day old piglets. 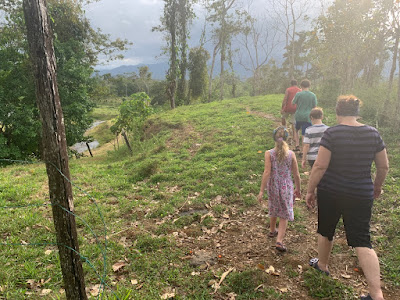 We followed along the side of the river, until we arrived at the shallowest point and he told us that we needed to cross it.  After looking at each other for a bit, we decided to move forward. 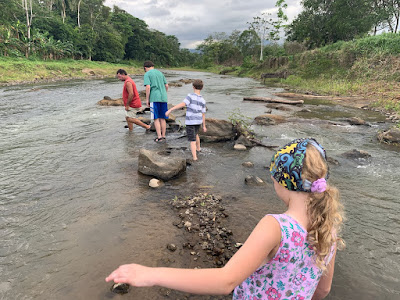 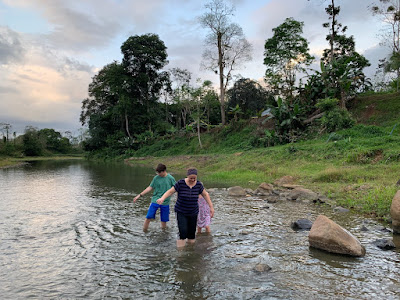 After crossing the river, we were welcomed by a goat. 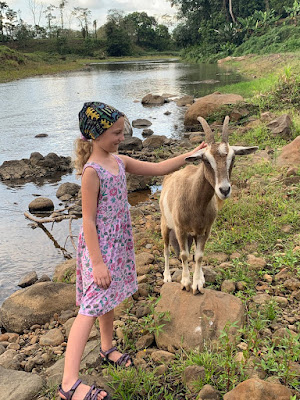 Then we finally understood what he was referring to.  There was a mini-resort, with a large pond, cabins, a restaurant, and lots of beautiful birds and animals. 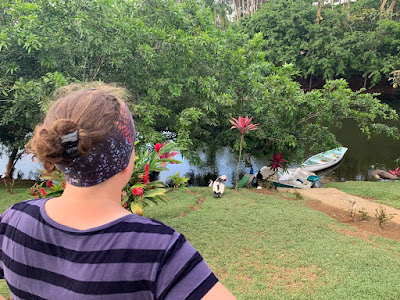 We saw lots of ducks, rabbits, iguanas, chickens, and peacocks. 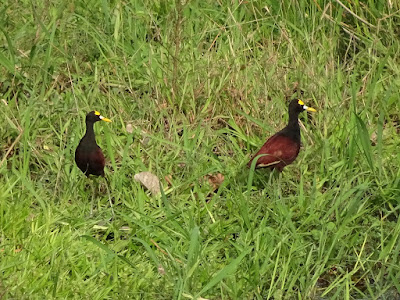 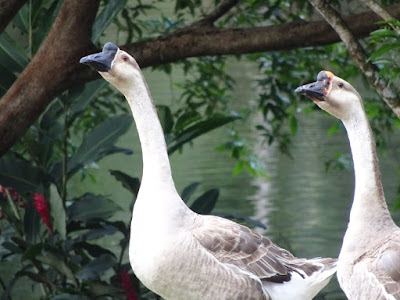 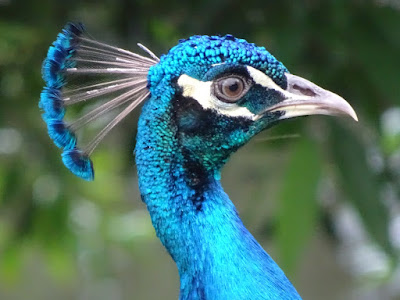 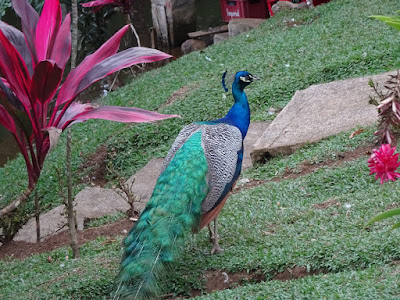 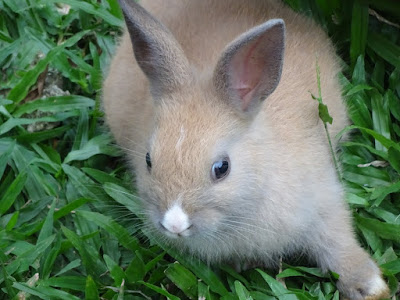 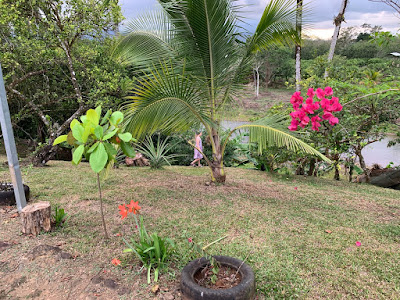 Savannah wanted to hold some of the baby chicks, but couldn't quite catch them. 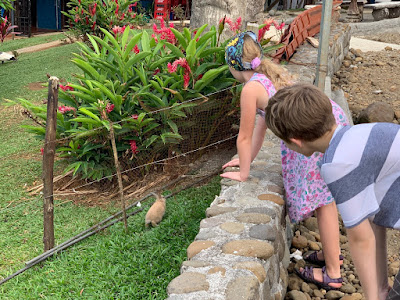 The bunnies would let you approach, but once you got close, they would hop away.

They had a paddle boat and a canoe.  So Carson and Angela took the canoe while Tucker, Savannah, and Keith road in the paddle boat.  They weren't fancy, but did the job.  You can see the restaurant above the pond. 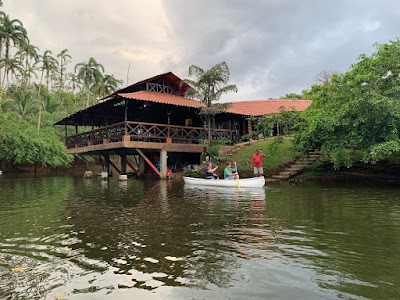 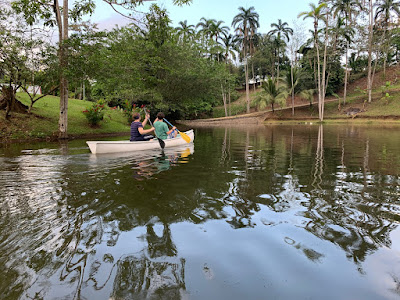 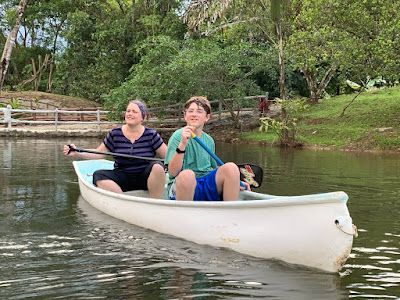 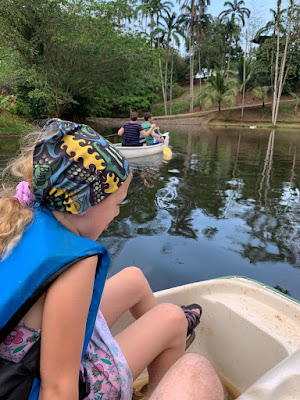 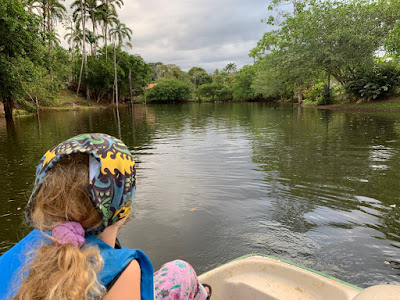 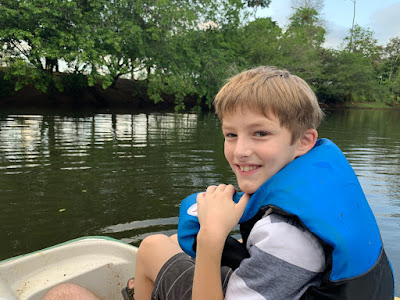 The restaurant had some fish food that we could throw into the pond: 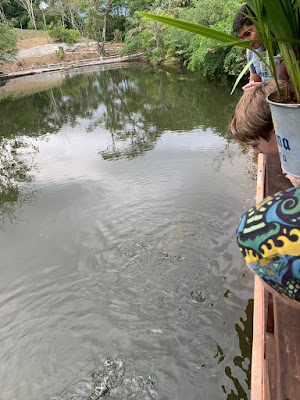 Afterwards, we walked along the river, through an orchard, and went to our neighhor's mothers house. His mother and step-father graciously welcomed us and talked with us for quite a while.  As we walked through town, we noticed that our neighbor new everyone in town.  As we talked with him, we were able to see the great sense of community that they have.  They all know each other and actually appear to like each other.  His father-in-law invited us to visit his farm/estate on Sunday (which didn't happen because it was pouring rain).

Afterwards, we stopped by our neighbors house.  He knew the kids wanted to cut a pipa (similar to a coconut, but with more water and less coconut in it) from a tree and eat it.  So he cut one off of his tree and let Tucker and Savannah have it.  His wife poured the coconut water into a pitcher, then poured it into cups for us.  We had a good time talking with his wife and daughter while they ate. 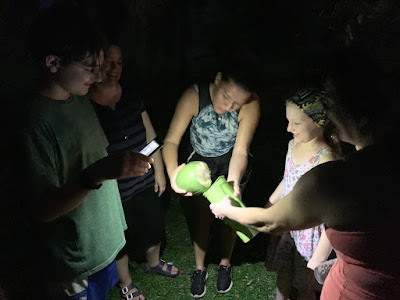 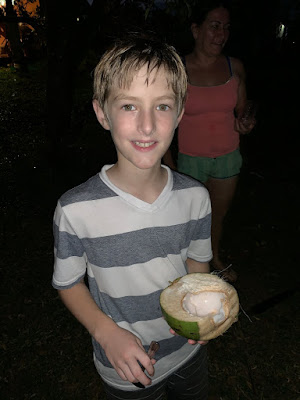 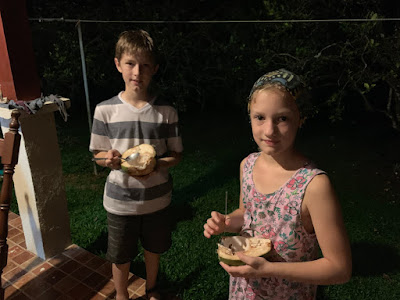 What a nice town!  We love the sense of community that we feel here.