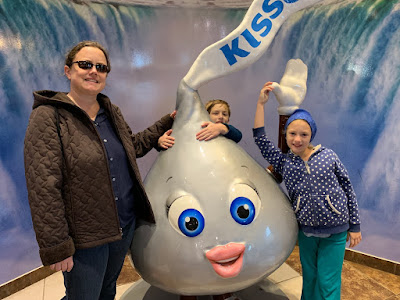 Strangely, almost immediately after entering Canada at the mid-point of the bridge, it felt shockingly colder.  The wind became bitter cold.

We approached Canadian Immigration with no luggage -- not even backpacks.  Our plan was to walk to some of the closest tourist spots, then turn around and go back to the US.  The immigration officer in Canada was about as unwelcoming as could be.  But we were granted entrance.

It was bitter cold and started raining, so we entered one of the nearest stores - the Hershey Chocolate World Niagara Falls.  It smelled as enticing as it looked.  They were making milkshakes and ice cream treats.  There were beautifully decorated brownies, cookies, and cakes.  Of course, there was every variety of Hershey's candy, even ones we had never before seen nor heard of.

Despite the temptations, we left empty handed and returned to the US.

Leaving Canada was a little odd: they had old turn styles that required 4 US quarters per person.  So we gathered together change so that we could entering the bridge to return to the US.

Upon crossing the midpoint of the bridge, entering into US territory, the bitter breeze subsided and we were warmly welcomed back home.

US Immigrations was friendly and quickly helped us on our way.

(Yes -- Carson is wearing shorts despite the temperature.  No -- we don't understand how or why he does it.) 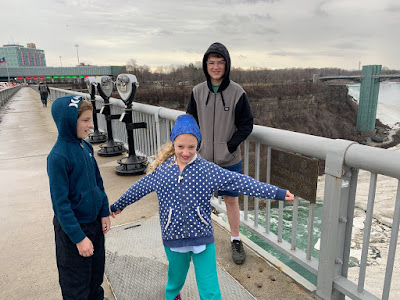 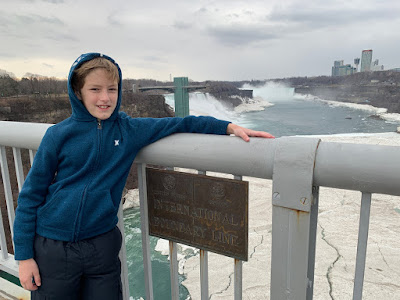 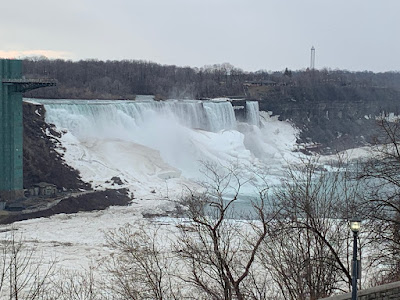 The view from the bridge. 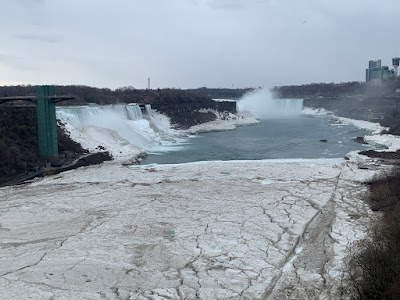 The frozen foam / ice appeared to be about 12' deep (just a guess). 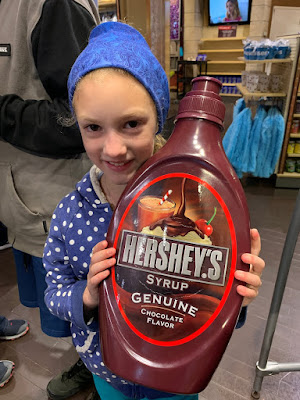 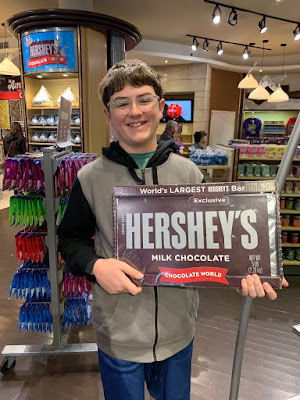 Carson's has added this bar to his Christmas list. 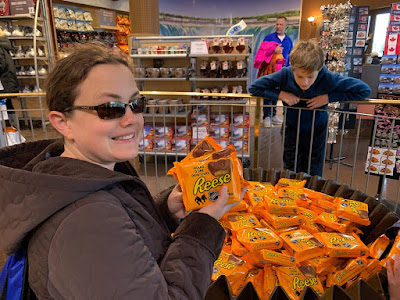 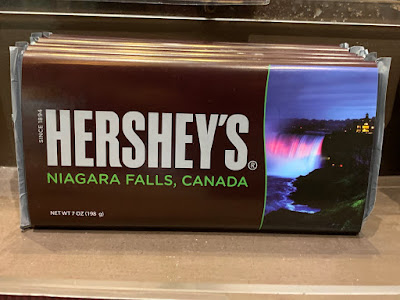 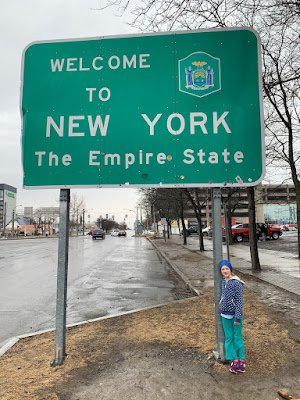 This sign welcomes you back into New York from Canada.