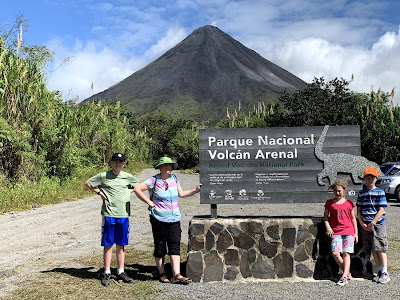 As we finished breakfast, six toucans flew up to our house.  An amazing way to start the day.  Despite the overcast, slightly rainy day, we decided to head to Parque Nacional Volcán Arenal (Arenal Volcano National Park).  Clouds are almost always covering the peak of the volcano, for a few minutes, we were able to see the entire volcano. 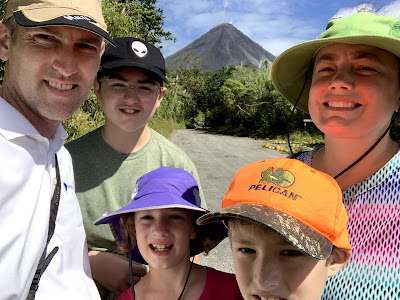 On the drive there, we saw two sloths in a tree and noticed that one of the sloths was actually holding a baby sloth.  It was an incredible sight.  If you look closely, you can see the mother and baby sloth together in this picture that Carson took: 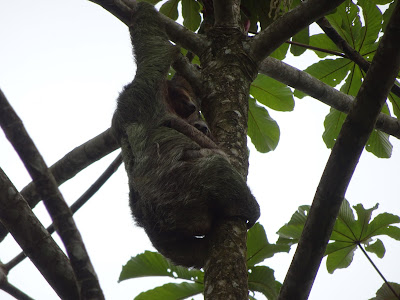 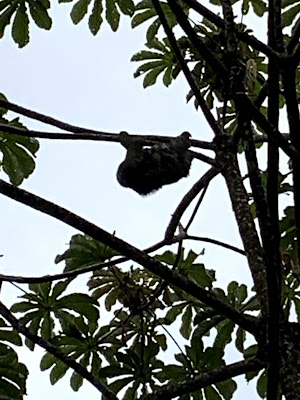 In the National Park, we saw amazing birds and animals.  Below is a Laughing Falcon.  They primary eat venomous snakes, especially the Coral Snake. 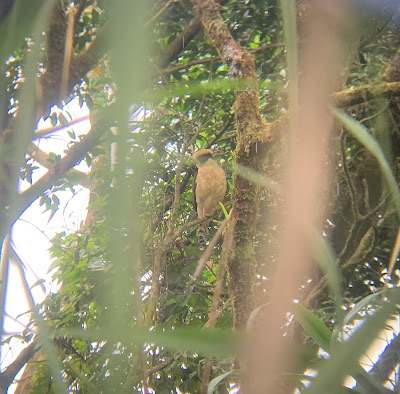 It took us a while to figure out what these birds were, they had browning red backs with a yellow tail, and an orangish/red beak.  They are called Montezuma Oropendola: 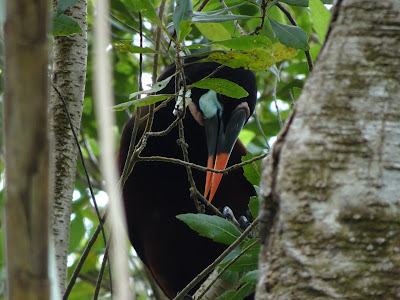 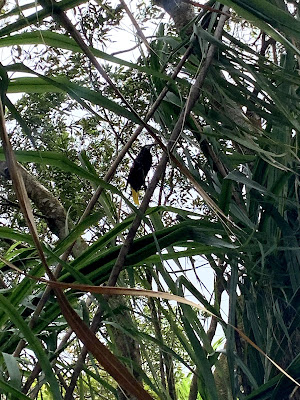 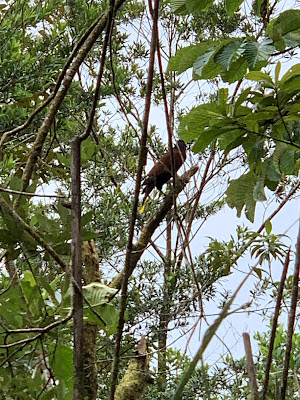 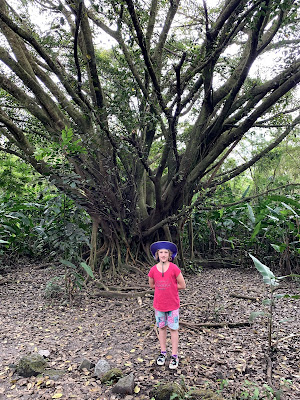 We also saw quite a few Coatis in the park: 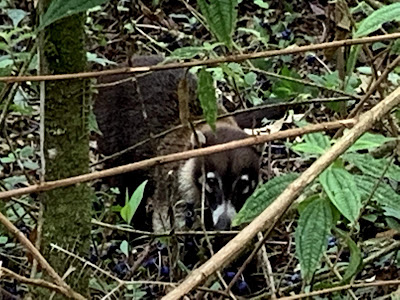 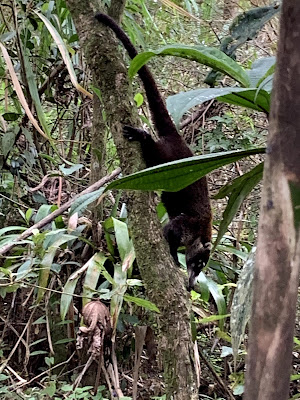 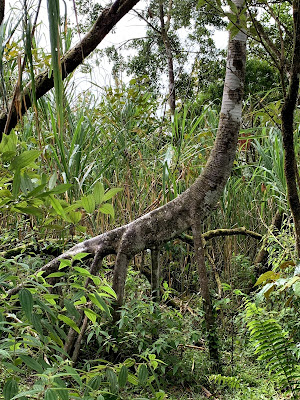 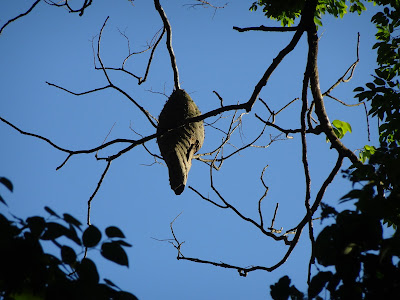 We saw several Great Curassows.  They kind of looked and walked like turkeys: 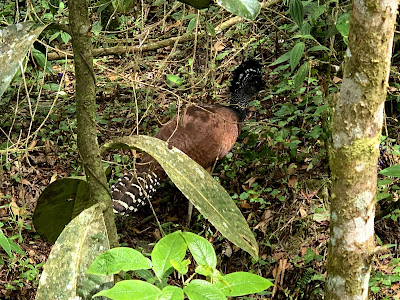 Tucker is walking on some of the lava flow from the 1992 eruption. 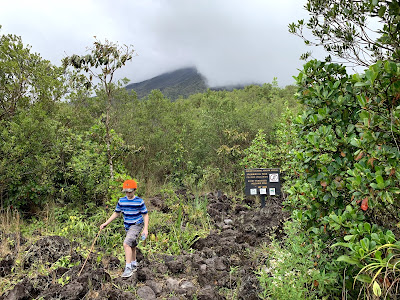 We are all standing on cooled lava from previous eruptions.  In the distance, you can see Lake Arenal. 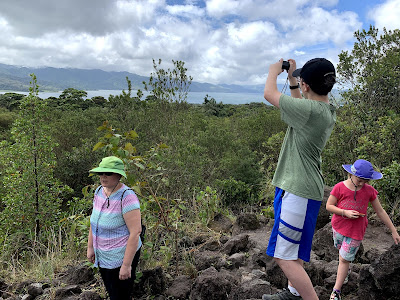 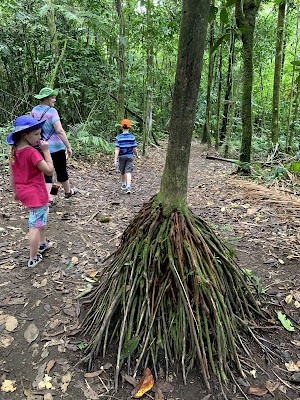 This is El Ceibo, a 400 year old tree near the base of the volcano.  It was huge. 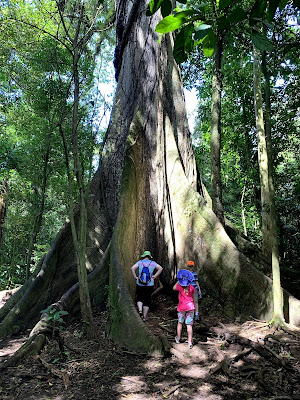 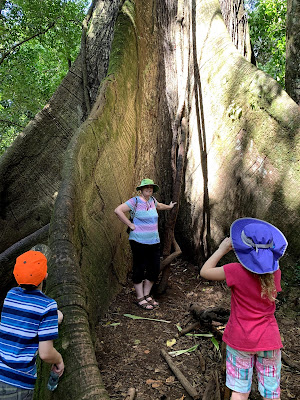 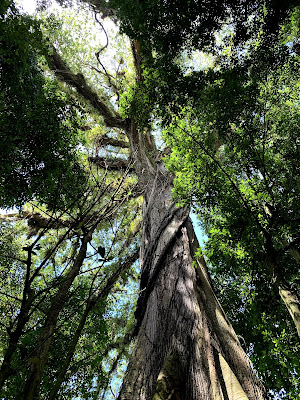 A large group of Coati, blocking traffic on the way back from the Volcano.  Pretty neat, cute, animals. 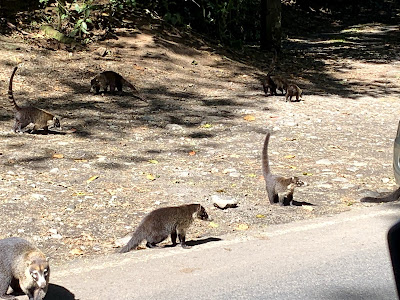 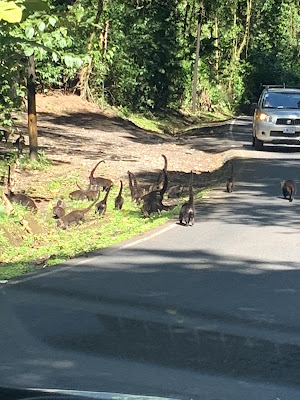