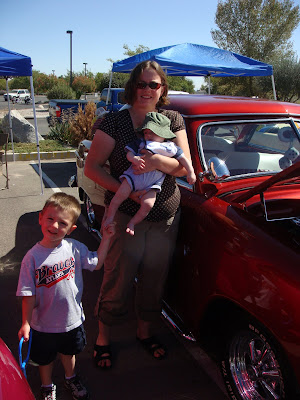 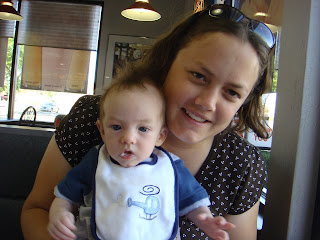 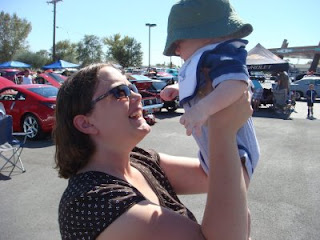 On our way to Grimes Point National Archaeological Area, we stopped to get some food in Fallon, NV and noticed a small car show. We stopped to admire some really nice newer and classic cars. It looked like there were more trophies to award than cars! Their wannabe Elvis band made us think that the whole car show was a wannabe Hot August Nights. Only, it would have to be called Warm September Afternoons. Despite it all, the community spirit was nice to see.
Across the street, you could see the local hospital, with a nearly deserted parking lot. It was weird to see so few cars. Doesn't anyone get sick or hurt in this town?
The Fallon Tribal Police had a booth at the car show and Carson got some candy, a Frisbee, and a police badge sticker, which he gladly wore for the rest of our adventure.
By Keith at September 27, 2008