On Friday, we went to City Mall, the largest mall in Central America.  It was pretty huge and had great stores and a large food court.  On the drive back, we went past the Lincoln Plaza (can the malls have more overt US names?) and noticed a billboard for the Lego Movie 2.  Idea -- we should go to a movie!

So when we got home, we checked show times and tried to purchase tickets for that night -- opening night.  They had options for 'DOB' and 'SUB', so I correctly guessed that 'SUB' meant that it was in English with Spanish subtitles.  As I went through the checkout, the credit card was rejected -- which nearly always happens when we purchase online from Costa Rica despite having told our credit card companies that we would be in Costa Rica.  But the website allowed us to reserve the tickets and pay at the theater, which we paid for with the same credit card that was rejected online.

We're not really 'mall people', but the Lincoln Plaza is a great, engaging and welcoming mall.  The kids checked out the Lego store, Carson got a shirt at the CAT (tractor brand) store and we got some snacks from Auntie Annes and Cinnabon.

Employees at retail stores in Costa Rica actually seem to care -- the stores are cleaner, better organized, and the employees are more friendly and helpful than our experience at stores in the US.

Movie tickets were only $5 / adult and less for the kids.  Much cheaper than in the US and the theater was quite a bit nicer than most US theaters. 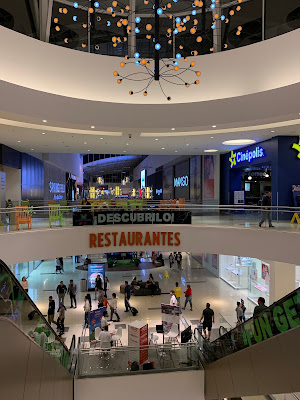 Angela relaxed in this rocking chair outside the Lego store while the kids admired the overpriced toys.  Lego's are expensive in the US, and nearly twice as expensive here. 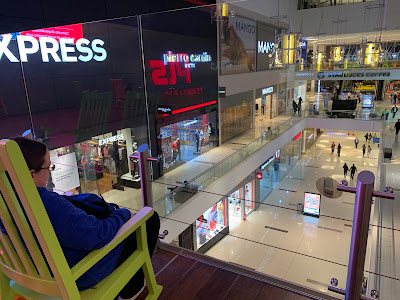 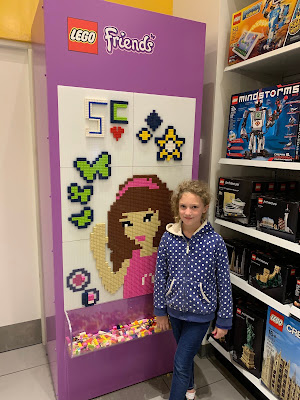 There are a lot of these stand-alone McDonalds ice-cream stands.  Here, Savannah is ordering and paying for an ice-cream cone on her own: 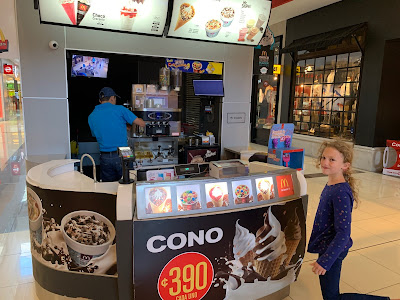 The busiest stores at the food court were the US stores, especially KFC and McDonalds. 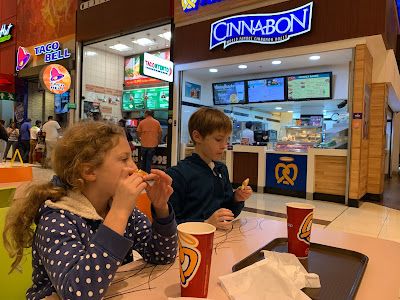 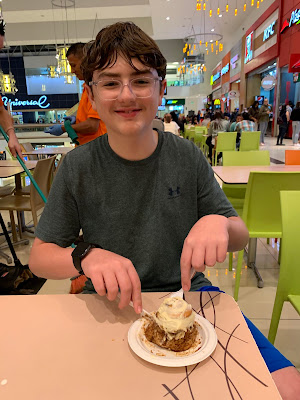