In San Jose, everyone loves the Saprissa professional soccer team.  They haven't lost a home game since 2016 and their games are always packed.  You regularly see people wearing Saprissa shirts around San Jose.  So we decided to go to a Saprissa game.  We purchased tickets online (in a website entirely in Spanish).  When ordering, it says you can pick them up at a financial center in various grocery stores.  So we headed to the grocery store and they refused to give us the tickets that we paid for!

The credit card that we used to purchase the tickets online didn't have raised numbers and they will not issues tickets unless they can rub an image of your card on carbon paper.  They absolutely refused, so I looked more closely at the website and it did say (in Spanish) that the credit card must have raised numbers.  So I called the ticket company and they said that we could probably pick up the tickets at the stadium.

So we went to the stadium, unsure if we had tickets to the sold-out game.  After the employee checked with his manager, he decided to give us the tickets, even though he couldn't get an imprint of the credit card.

Our seats were some of the cheapest available, so we were really high in the very windy stadium.  It didn't take long for the kids to get really cold.  Fortunately, an employee approached us during the game and told us (in Spanish) about some available box seats that would be much warmer.  He subtlety hinted that all it would take is a little money, given directly to him, and the box seats could be ours.  So we gave him 10,000 Colones ($16) and we were upgraded to some of the nicest box seats in the stadium.  We enjoyed watching Saprissa (our hometown team, at least for now) win the game in our nice, warm, box seats.  In the end, we paid about $8 / per person for amazing seats at a professional sporting event.

In one section that appeared to be full of college students, there was near constant drumming, cheering, and shouting.  When the Saprissa scored the only point of the game, the crowd went wild.

The view from our original seats was pretty good, despite us being pretty high up. 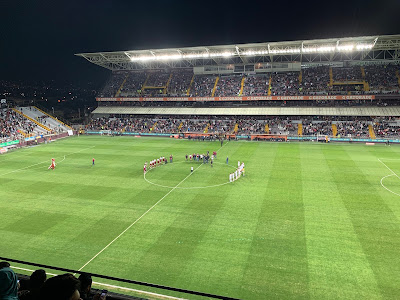 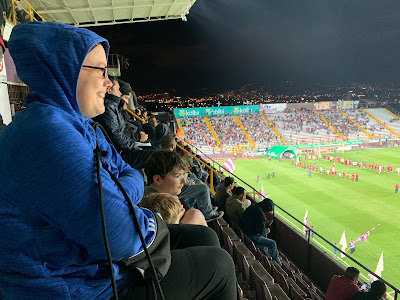 Before the game, the referees ran back and forth and had a really fun choreographed routine. 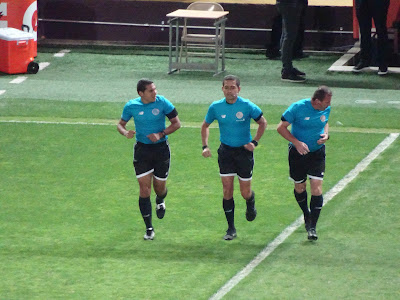 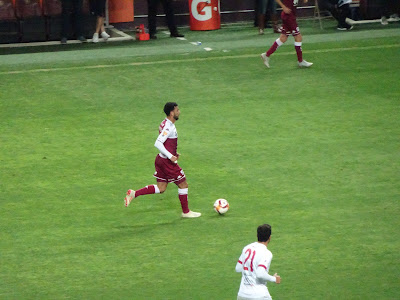 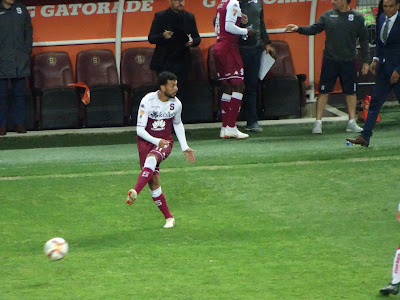 The view from the box seats: 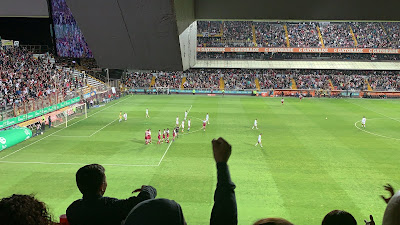 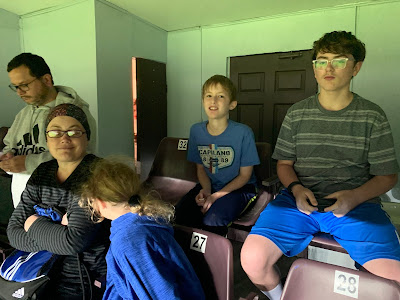 The half-time show featured the Monster (a dinosaur) mascot of the Saprissa and a clown. 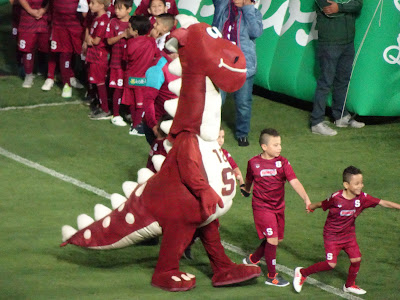 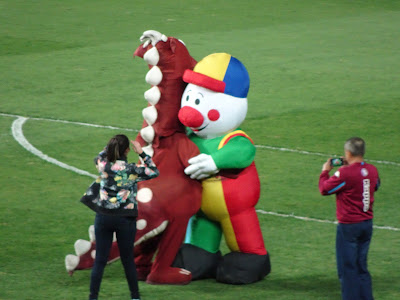 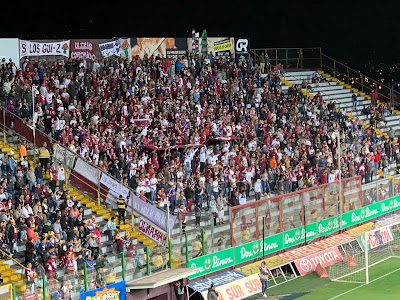