When we arrived at Tortuguero Island, we asked the attendant at our hotel about a tour to see the turtles (after all, Tortuguero Island means Turtle Island).  He told us that that are no turtles this time of year.  He said if we returned a few weeks later and looked for a week or two straight, then we might possibly see 'a' turtle.  But the large sea turtles come en masse late Summer.

So instead of a turtle tour, we scheduled a Night Hike on the island.  Since we were going for such a quick trip, we didn't bring any unnecessary clothing.  So we arrived for the tour and the guide asked if Savannah had closed-toed shoes.  No.  Socks?  No.  In the end, she wore Tucker's socks with the tour companies rubber boots and we were on our way.

We saw a two-toed sloth, an opossum, a tarantula, a crab, red-eyed tree frogs, birds sleeping in the trees, a branch snake, a green vine snake, and large spiders.

Pretty creepy that all of this is living, hidden, around you. 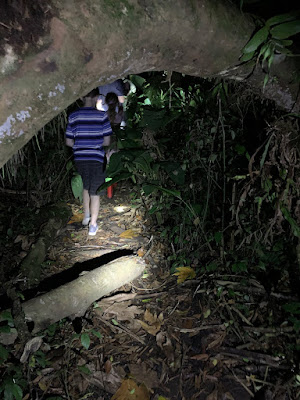 The trail was dark, occasionally had obstacles and was very narrow in some areas. 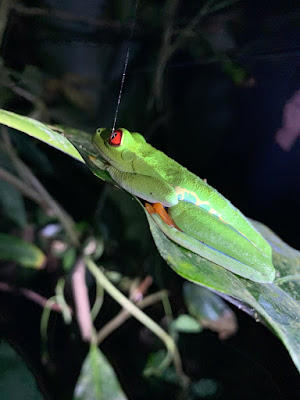 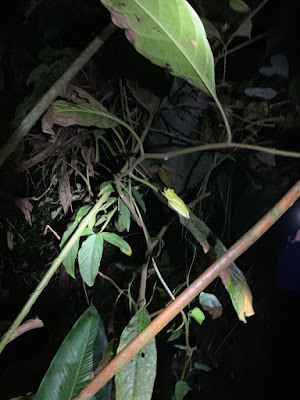 The tree frogs were camouflaged on large green leaves 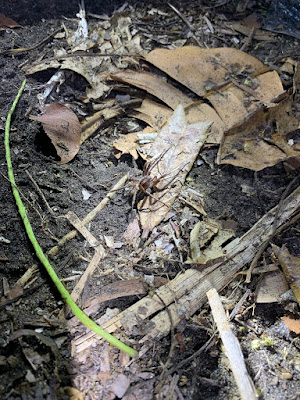 A small tarantula that Tucker found. 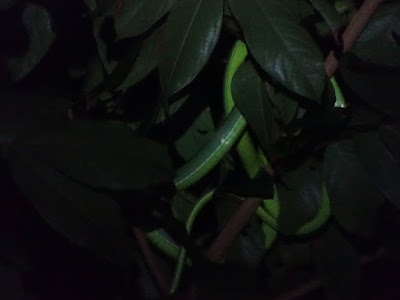 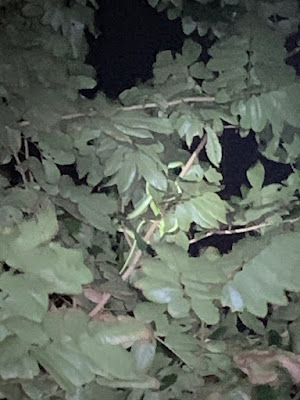 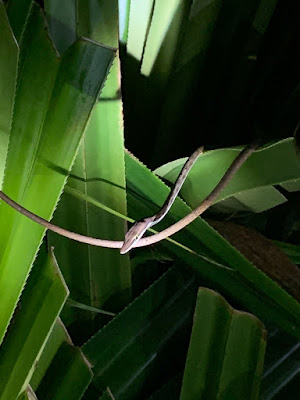 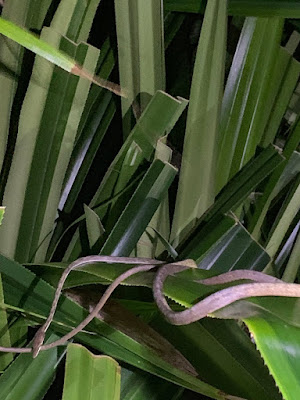 A long, but skinny branch snake 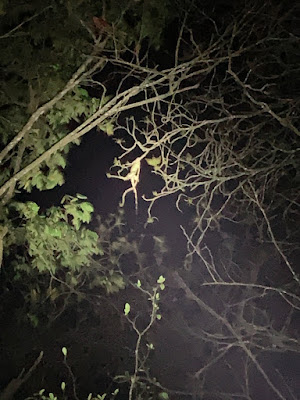 An iguana hanging in the tree. 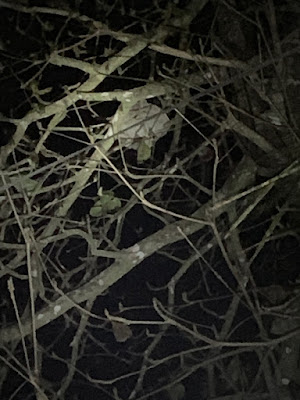 A two-toed sloth in the tree. 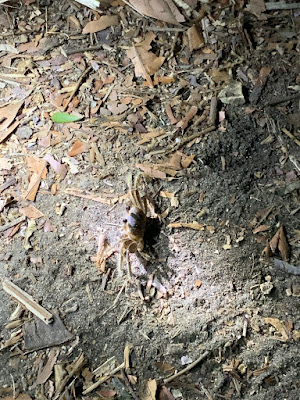