I wanted to see both the Pacific and Caribbean sides of Costa Rica, so before moving to a house near the beach on the Pacific side of the country, we scheduled to quick trip to Tortuguero Island.

Tortuguero Island is an extremely narrow psuedo-island (actually, more of a peninsula) in the Caribbean, near the north-east corner of Costa Rica.  Just getting there is an adventure.  Despite it being a peninsula, there are no roads to get there.  Instead, you drive to a tiny town, La Pavona, featuring a parking lot and a restaurant.  Parking costs $10 USD per night and you have to pay 500c (about $0.82 for the bathroom).

We passed.  Anyone selling tickets for public transportation that aggressively is surely trying to fool the tourists.  Instead, we parked, then talked with other people.  It turns out he was correct, the price was increased for all boats, public and private.  But the private boats were the same price as the public boats and the private boats go faster and more often.

So we bought tickets for a private boat and headed down the river.  At some points, multiple rivers join together and there are actual street signs to help you navigate.

It was a beautiful ride that was every bit as fun as the rest of our time in Tortuguero.

Leaving the island was pretty simple too.  We walked up to the docks, asked a person if there was a boat going to La Pavona, gave the boat captain some money, then we left a few minutes later. 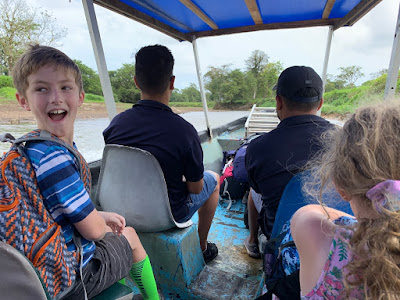 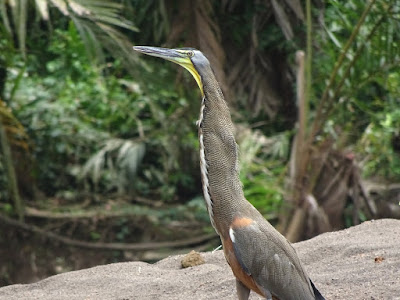 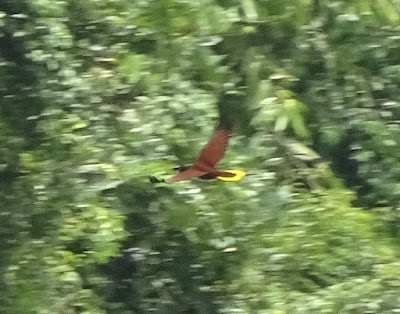 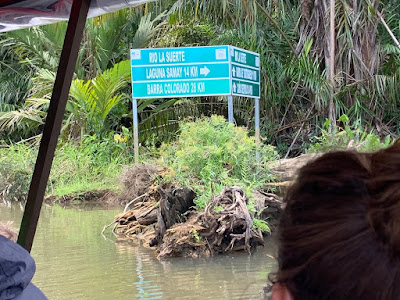 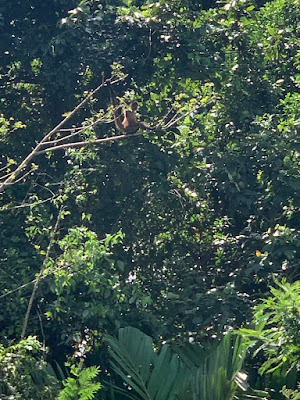 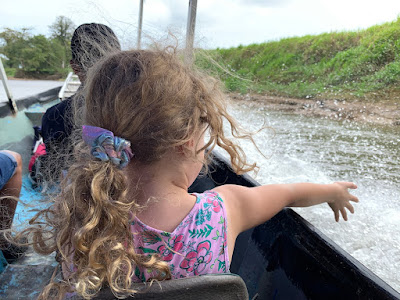 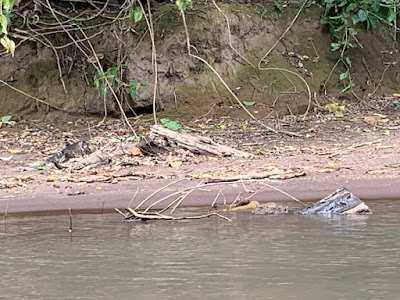 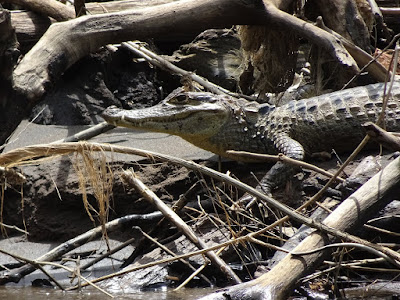 Hidden on the shore is a caiman.  We saw at least a dozen along the way. 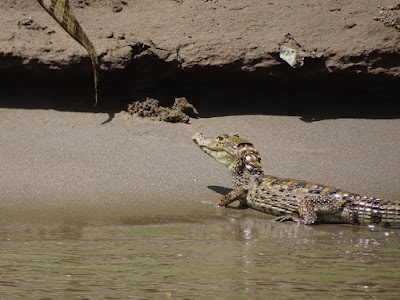 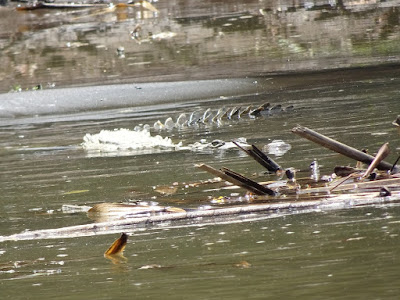 An American Crocodile -- much larger and scarier than the caiman and has a much different tail.  It was about 3-4m long. 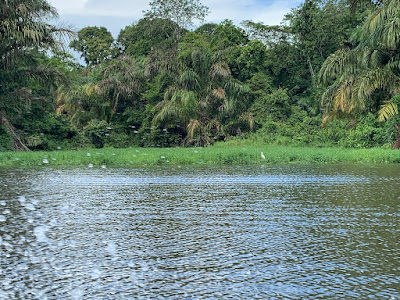 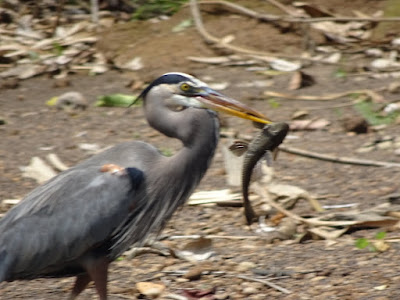 A Great Blue Heron with its catch 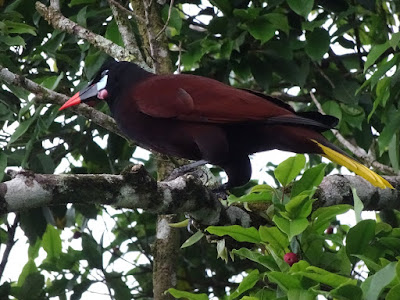 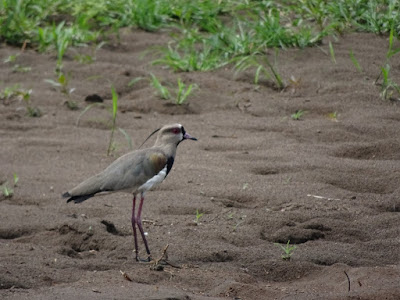 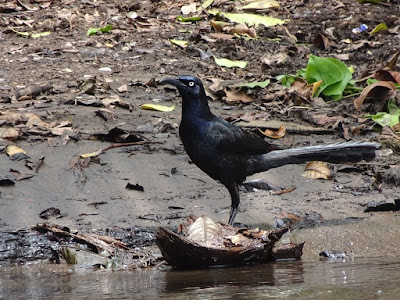