Tortuguero Island is a small peninsula near the north-eastern corner of Costa Rica in the Caribbean Sea.  Since its connection to land is so narrow and there are no roads, it is considered an island.  It is accessible only by boat or airplane.

There are no cars or roads on the island, just some trails -- some of which are paved.  While we were there, someone was giving us directions and said that we could take a taxi to get there.  It took me a moment to realize that he was referring to a water taxi.

Credit cards are commonly accepted in Costa Rica, but Tortuguero is a little more rustic.  There are some places that accept credit cards, but many don't.  Either bring plenty of cash or plan on using the ATM (yes, 'the', as in, the only ATM).  We didn't expect the boat transportation to get to the island and back to cost so much, so we barely had enough cash with us.

The food is a blend of Costa Rican traditional food with Caribbean flavors -- pretty good. 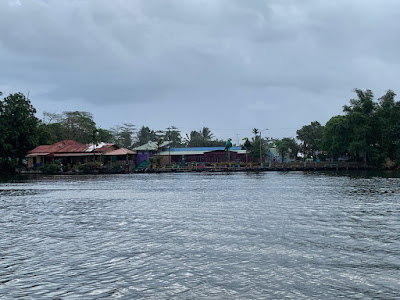 The dock as you arrive. 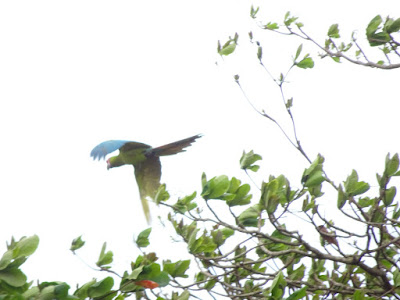 We saw a lot of these noisy Green Macaws. 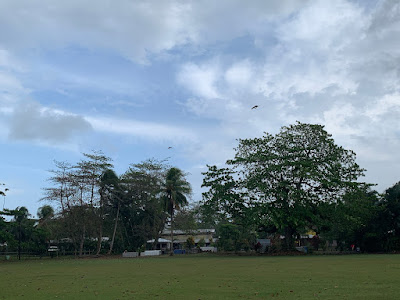 Some Green Macaws flying over a park in the center of the island. 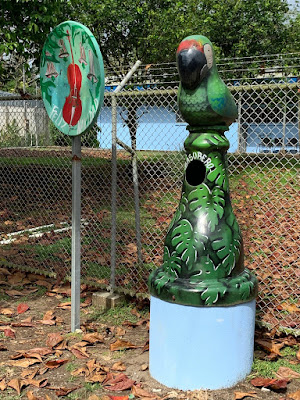 Tortuguero has some of the greatest public trash cans I've seen.  There were several decorated trash cans like this. 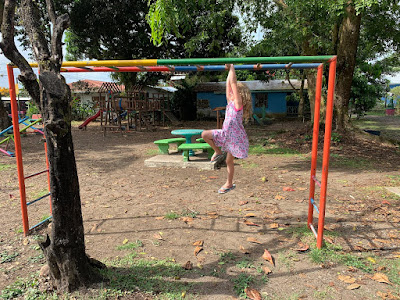 Savannah tried out the playground near the docks. 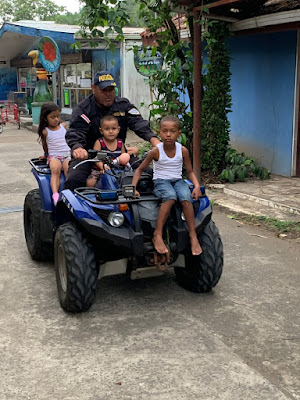 When the children saw this police officer driving the ATV, they ran up to him, he stopped, and they all climbed on.  They were so excited!  This was the only terrestrial motorized vehicle that we saw on the island.